Barbara Forney and her daughter have a unique connection. 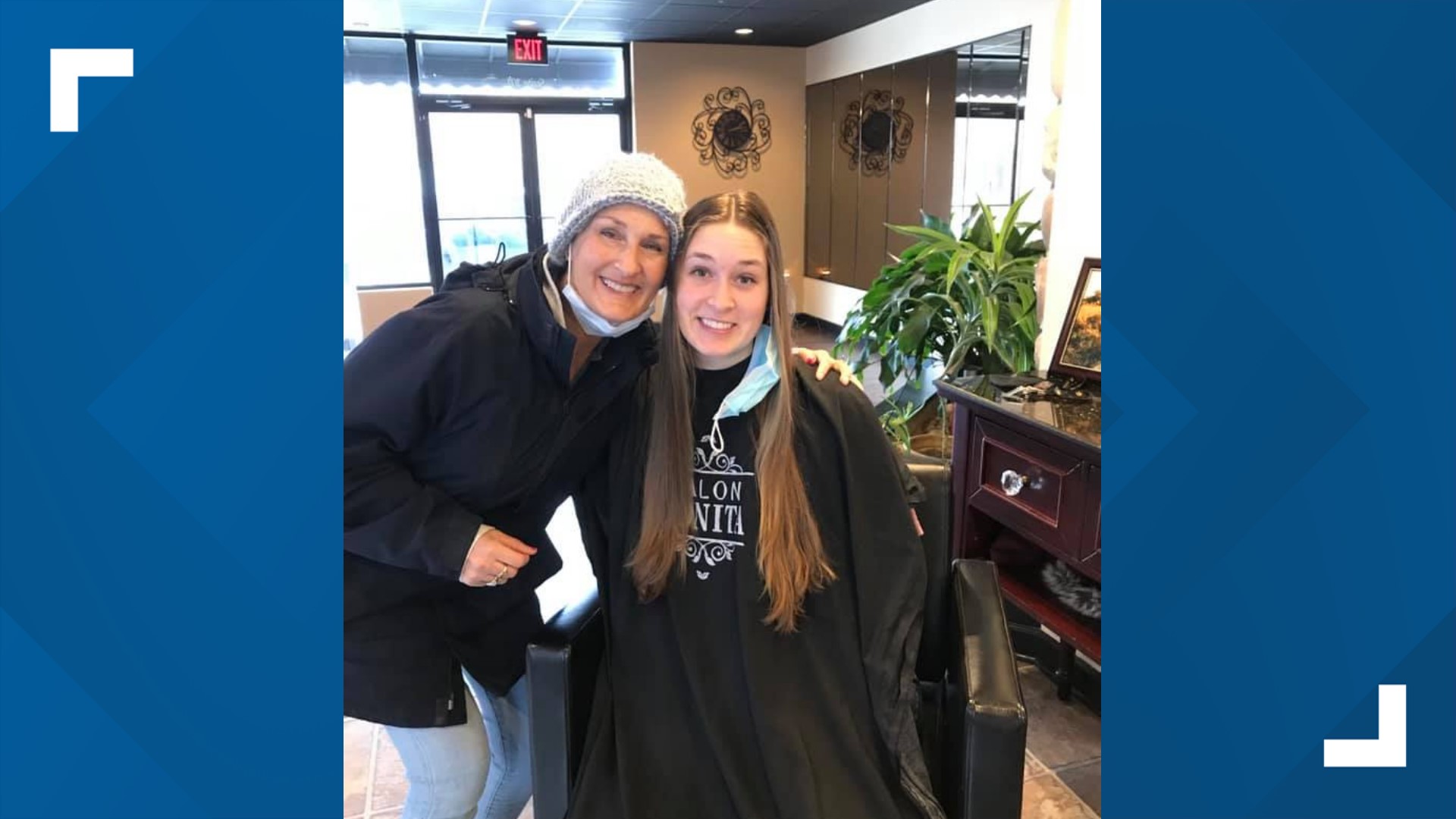 AMES, Iowa — It's a tough thing to do, to battle leukemia. It's even tougher to put the disease in remission only to find out four years later the illness is back.

That's what the Forney family of Ames has been experiencing since Barbara, the mother of the family, was diagnosed with leukemia in February.

"It was a real, devastating shock that I figured out it had returned," said Forney.

She went back into treatment soon after the diagnosis, losing her hair. With only one child, the youngest, Christabel, at home this time during her diagnosis, Barbara said the two have grown close.

Christabel even did something out of character for her this month. She cut her long brown hair and donated her locks to a cause helping people like her mother who experience hair loss due to an illness.

"Seeing what she was going through, I wanted to donate it to people like her," said Christabel. "My mom was there, she was out of the hospital, and that made it easier to do."

Barbara said she was touched by her daughter's gesture.

"You feel honored that she wants to show her support and love," said Barbara.

Forney has to go to Iowa City next week for a bone marrow transplant as part of her treatment. The transplant involves a week of aggressive chemotherapy to kill her own bone marrow followed by a few weeks of recovery in the hospital.

"You just have to get through it," said Barbara. "We're getting through it."

RELATED: Their 12-year-old has childhood 'Alzheimer's.' $3 million is their only hope for saving him.

RELATED: Scientist behind coronavirus shot says next target is cancer

WATCH: Ames woman paralyzed from COVID-19: 'It's been a long year'