The Campbell Family has participated in the Autism Speaks Walk every year for the last decade to honor their daughter's memory. That didn't change this year. 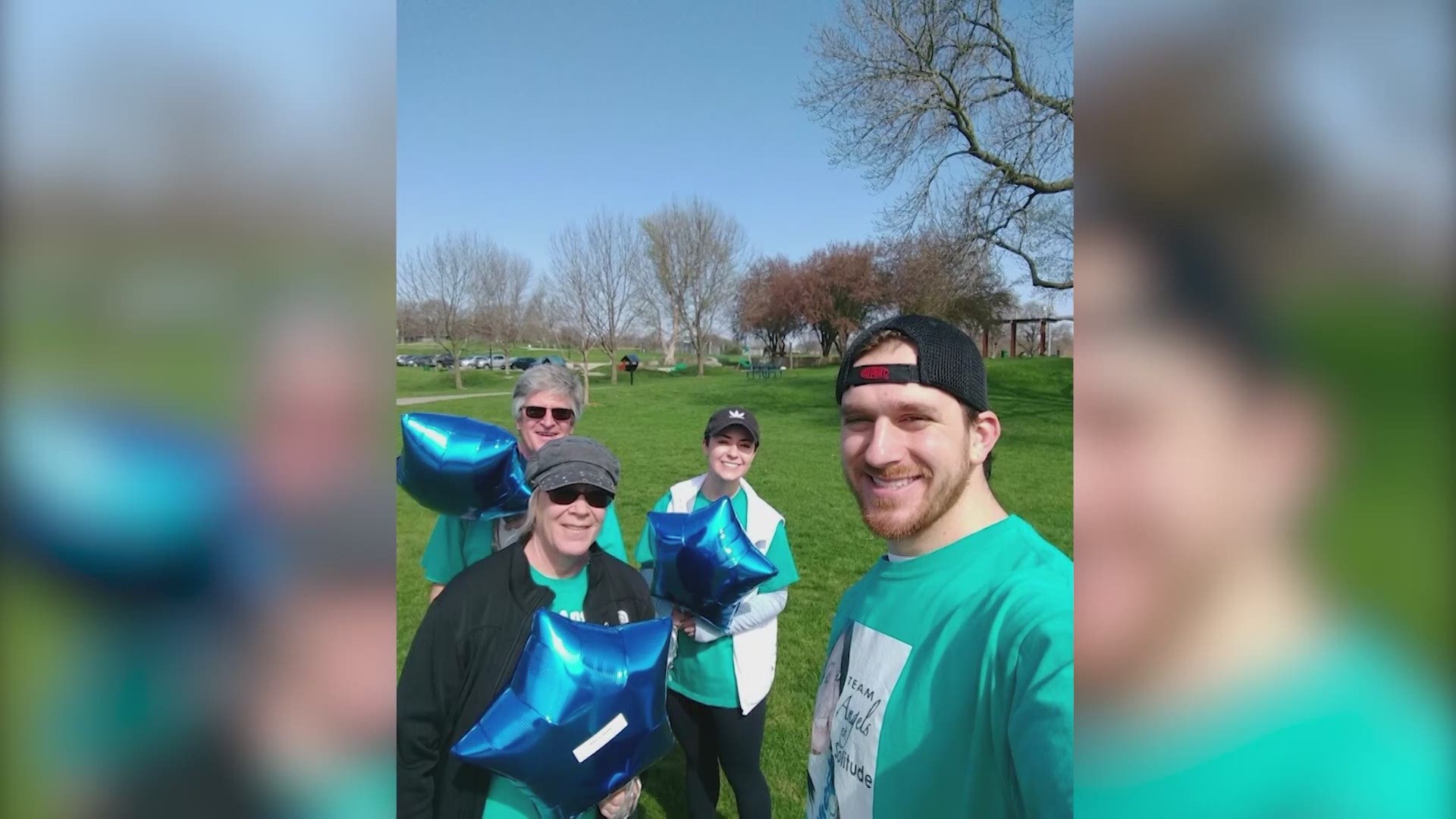 DES MOINES, Iowa — If not for COVID-19, the annual Autism Walk would have been Sunday.  But that didn't stop one family, who's been walking in it for the last decade, from doing it again.

Ten years ago, Doug and Vicki Campbell's daughter Heather died in a domestic violence incident.  Heather was an advocate for helping children with autism and, according to her obituary, she had plans to receive special training in doing just that after becoming an RN.

She formed a team to walk in the autism walk called "Angels of Solitude," which had a goal of raising $1000 for that cause.  Since her death, her family and friends have walked in that same event under the same name, with the same goal.

This year, though, the event was canceled due to the coronavirus. But even though changes had to be made, that didn't stop Heather's friends and family from going through with it anyway.

"We decided it would be a good idea to invite our family and friends to do a virtual walk with us," Vicki Campbell said.  "Just go out and walk, so that we could all be together in heart and in spirit."

From here in Iowa, to Texas, to Kentucky, even all the way down to Florida, in Denver and San Fransisco, Heather's Angels of Solitude were walking in her memory once again.

"Everybody that said they were going to, plus more, showed up and sent us photos of journeys on their walks," Doug Campbell said.  "It was nice."

The Campbells say they're honored to see everyone walk virtually with them, but they can't wait for next year when they will be able to walk together in person again.

RELATED: Happy Moments Vol. 24: Spring is for fishing and rainbows