CLEARWATER, Fla. — A St. Petersburg model with Down syndrome is seeing his dream coming to light after a Florida-based company rolled out its ad campaign starri... 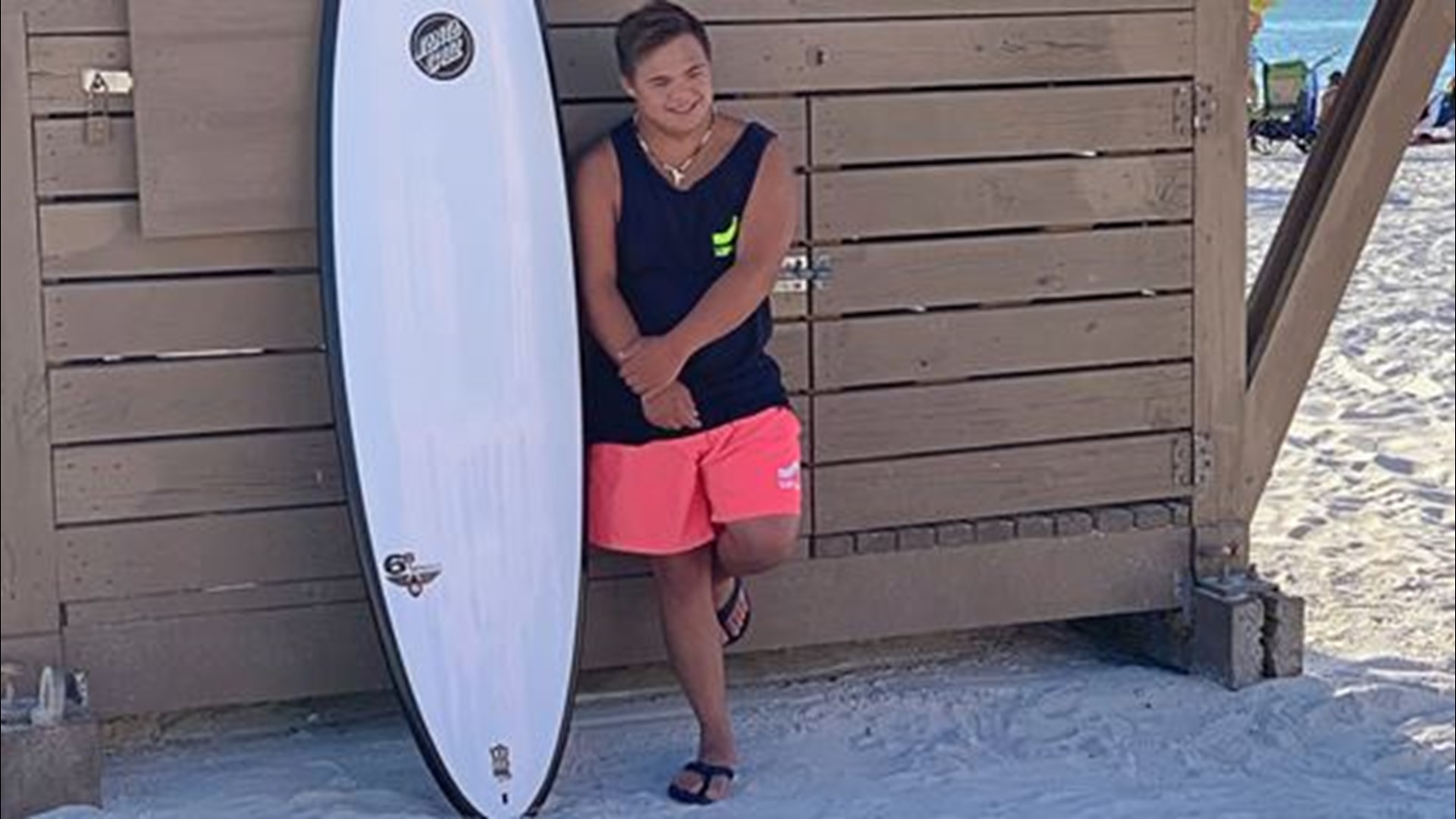 CLEARWATER, Fla. — A St. Petersburg model with Down syndrome is seeing his dream coming to light after a Florida-based company rolled out its ad campaign starring him Friday.

Surf Style, a company based out of Hollywood, Fla. released its new campaign featuring Ethan Holt, 16, on its website and social media. The campaign was made possible in part by professional photographer Jessica McKnight, who captured the photos of Holt on Clearwater Beach.

“At Surf Style, we believe in the importance of representation, diversity, and inclusion,” Tara Malinasky, marketing manager at Surf Style, said in a statement. “We strive to create an atmosphere of inclusion in all of our stores. We hope this sets an example for other brands to feature those with disabilities in their marketing efforts, as well.”

Help Us Gather (HUG), a Clearwater-based nonprofit, has been an advocate for inclusion during the jumpstart of Holt’s modeling career.

“We know Ethan has something special and I believed that companies would choose to have people of all abilities represent them in advertising campaigns, if given the opportunity,” Robin Lally, founder of HUG, said in a statement.

HUG says it believes more people should be aware of people with disabilities since the CDC reports one in four adults in the U.S. lives with a form of disability. The group believes this can be achieved through marketing and advertising campaigns like the one Holt stars in.

“Surf Style has gone above and beyond to show they value inclusion and understand the importance of showing models with disabilities in their marketing,” Lally also said in a statement. “They are setting the bar for companies and organizations everywhere.”