After a thief stole parts off a local food pantry's delivery truck, the Quad Cities community raised enough money to replace it. 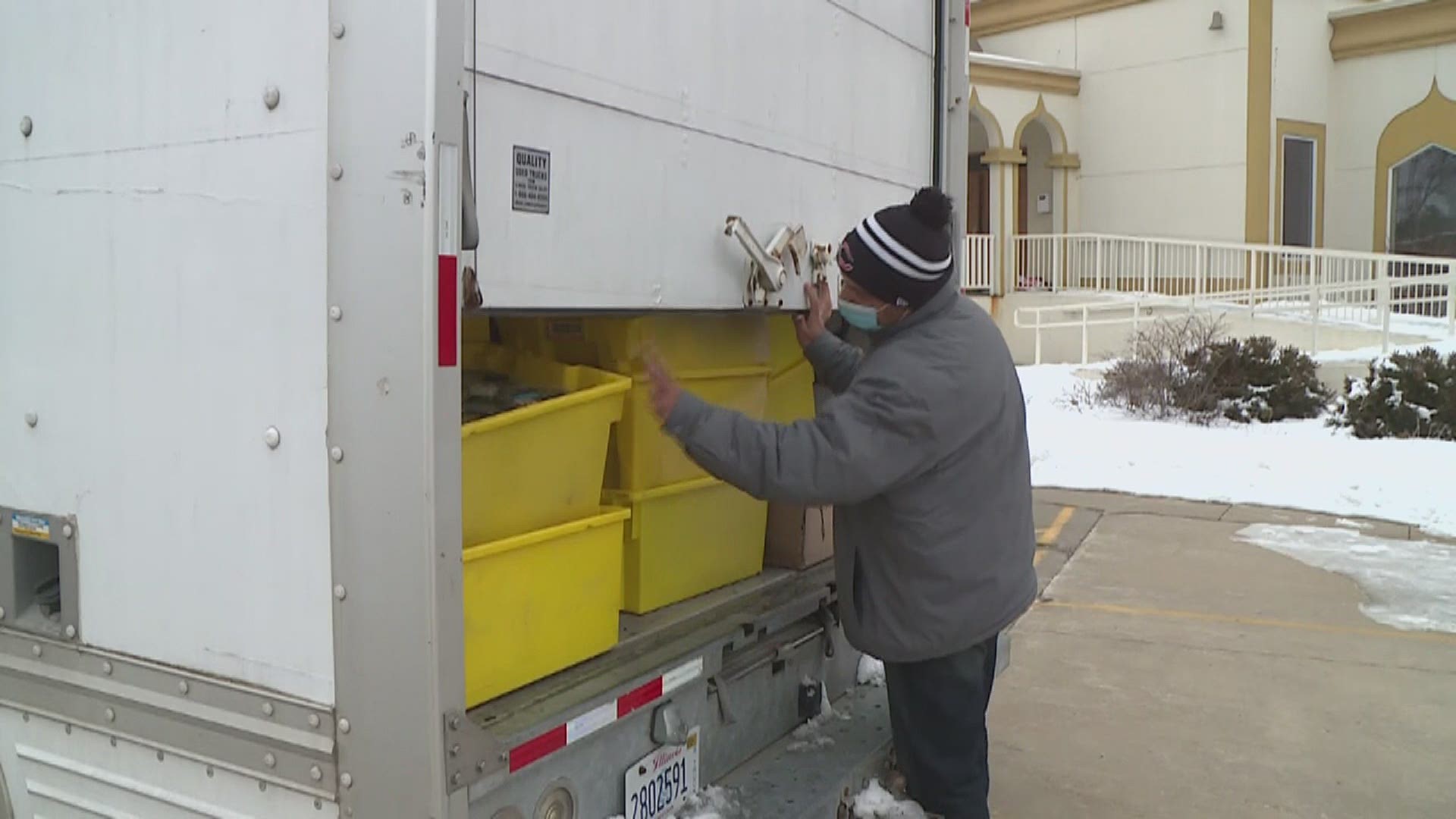 MOLINE, Ill. — It's a story that begins, and ends, with a truck... and this one has a happy ending.

We first introduced Hamid Brahimi in January of 2021, when he spoke to News 8 about a theft that had damaged his truck.

Brahimi bought the truck in order to pick up groceries for the Islamic Center of the Quad Cities' monthly food pantry. Before the giveaway, he would always drive to Chicago and load up the vehicle, then it would all be assembled at the center, and given away to hundred of local families.

But around New Years Day, Brahimi noticed that his truck was losing too much gas, and was making way too much noise. It turns out someone had stolen the catalytic converter muffler - a part in high demand among thieves right now. Without it, Brahimi couldn't make the trip to Chicago, and the food pantry wasn't sure how they would stock up in the months to come.

"It shocked me. It's sad because you work so hard to make a living and you do a lot of things to make other people happy around you, and [then] somebody comes to your property to steal your stuff. That is so sad," said Brahimi.

Still, he kept his head up and said he would do whatever it would take to get his truck fixed, and the pantry running in time for the February pantry.

And it didn't take long, after that initial story aired on Jan. 10, for the community to step up and make a difference.

When Brahimi woke up on Monday morning, he said his inbox was flooded with people asking to donate to the truck, wondering if they could find him a better mechanic deal, or inquiring how they could volunteer with the pantry.

"It was an exciting day," he gushed. "It was so amazing to see people come together to help- offering all kind of help. I can't thank them enough about what they did!"

And one of those emails came from a local woman, Shawna Horton. She had been scrolling through Facebook when she saw the story about Hamid, the Islamic Center's food pantry, and their predicament.

"I came from a place where people have helped us out and I was always like, 'If you can help somebody out, you should help them out,'" said Horton.

Even though she had never met Brahimi before, or been to the food pantry, she said she knew she needed to do something.

So she sent an email to Brahimi, and asked to cover the entire cost of the part replacement.

Horton responded to that thought, saying, "There needs to be more kindness in this world, in this craziness that we're living in right now."

That kindness, meaning Brahimi could pick up his repaired truck on Jan. 22, and drive off - ready for the next pantry on Feb. 14. Everyone is welcome at the next pantry, no preregistration is needed and you don't have to be of any religious background.

And after he's spent so many months giving back to his community, Brahimi was overcome with emotion, after the community gave back to him.

All of the extra donations Brahimi received are going to buying more food for the pantry.