Lapso has had a rough go of it, but his new home in Perry is bringing lots of smiles to both employees and guests. 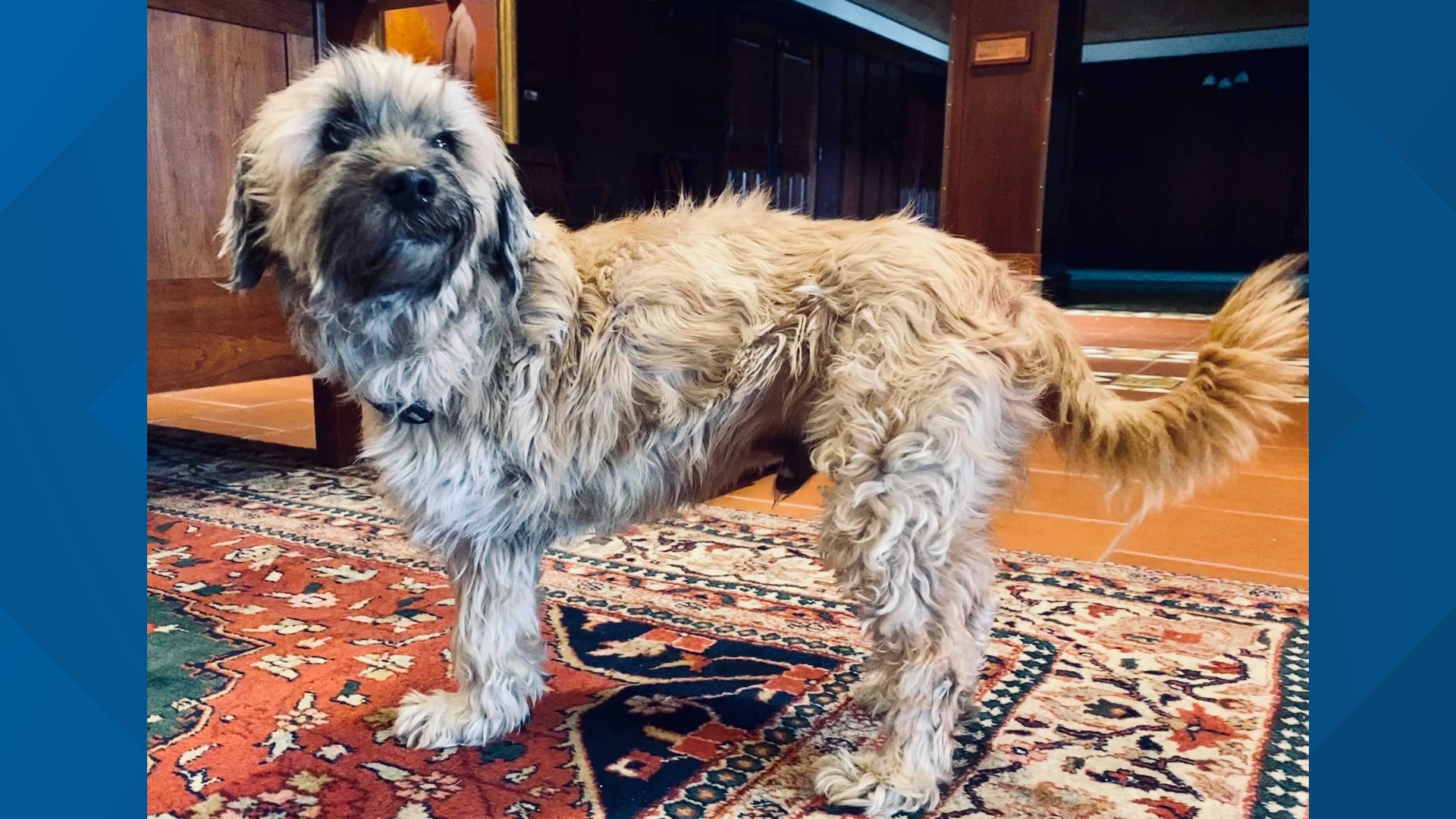 PERRY, Iowa — The Hotel Pattee in Perry is known for its unique rooms, each with their own theme and rich history.

But lately, a new addition has been getting all the attention.

"Definitely lacking a couple bones," Fallon Heater says of the hotel's unofficial mascot. "But not a mean one in his body, for sure."

"Everyone who walks in here falls in love with him."

But it's not a person, but rather Lapso the dog who is all the rage. And his trip to Hotel Pattee was anything but planned.

A homeless man arrived in town with the three-legged terrier mix, but things didn't turn out of the man and Lapso was left behind at a bike shelter.

Abandoned during a recent snowfall, Lapso had icicles formed on his ears, according to Eckland.

She stepped in and learned that he had been shot three or four times, thus the missing shoulder and front leg.

"In addition to that, a gentleman kicked him in the jaw and broke his jaw in three spots so his smile is crooked like mine," Eckland says. "And he has a hard time eating, and you can feel in his jawbone where its all messed up."

The story captured the hearts of those at the local vet clinic.

Lapso was given the immediate care he needed: an inspection for fleas and ticks, then pampered with a bath and a haircut.

The doctor even paid it forward, donating services for the initial checkup.

"He's overcome a lot and he still has quite a bit to overcome, Castro says.

One more obstacle on the horizon is removing a mass they discovered that is still slowing Lapso down. A biopsy has been scheduled.

Until then, he's living the good life

"How many dogs get to live in a mansion like this?"

Finally, man's best friends has plenty to call his own.

Lapso's additional operation, which also includes neutering, isn't without cost. So Hotel Pattee is taking donations to help Eckland out as she is the official guardian.