Carter and Sydney Bell may only be six and four years old, respectively, but what they're doing is far beyond their years. 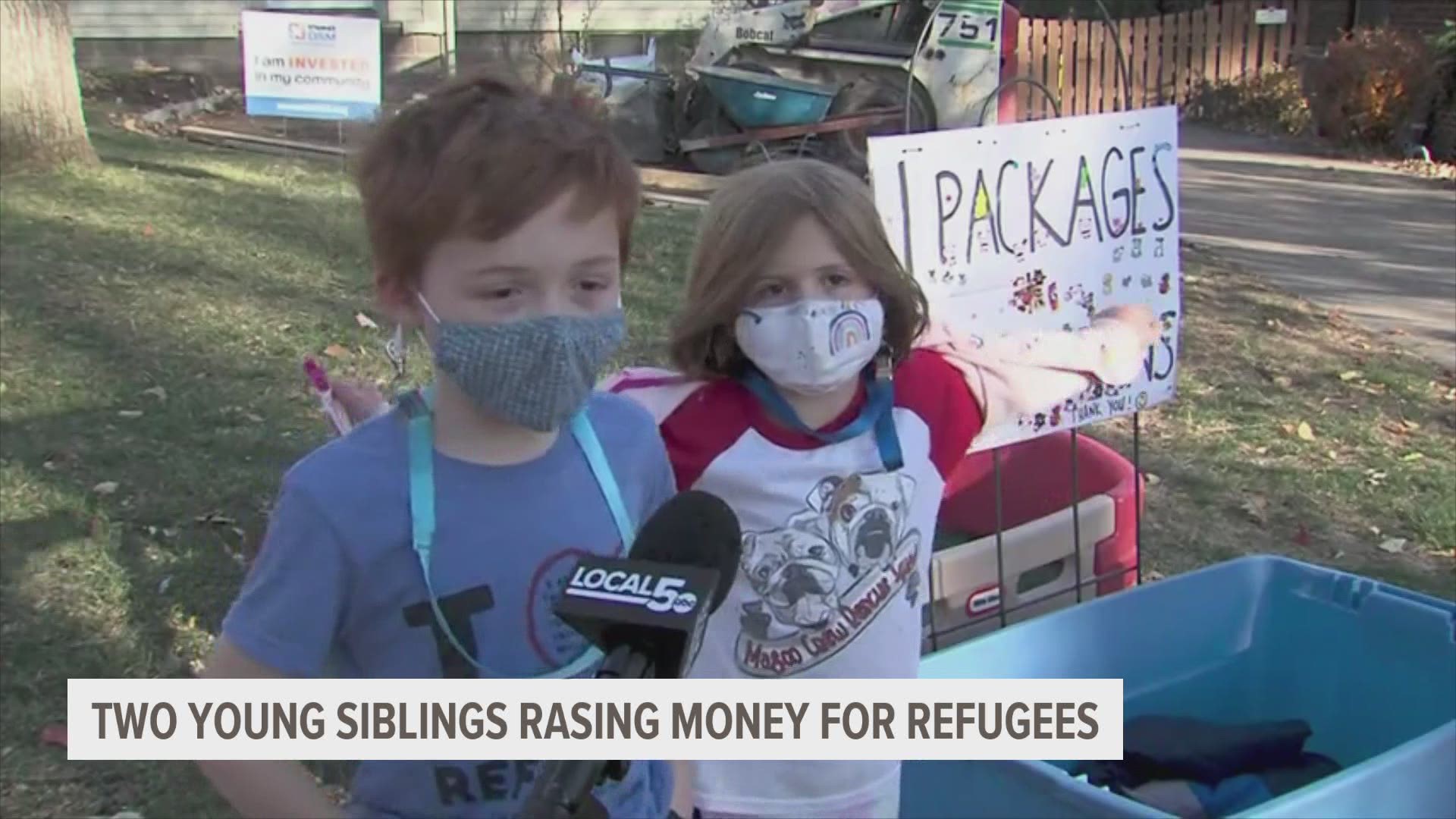 Carter and Sydney Bell wanted to do something special for the holidays.

When they started talking about ways to help their community with their mom Erin, the six-and-four-year-olds decided to put refugee kids at the top of their list.

Why refugee kids in particular? The kids have a good reason for that.

"We're doing it because, how would you feel if you had to run away from war? I wouldn't feel very good," six-year-old Carter Bell said.

The Bells are not only raising money, but also collecting donations of things like hats and gloves.