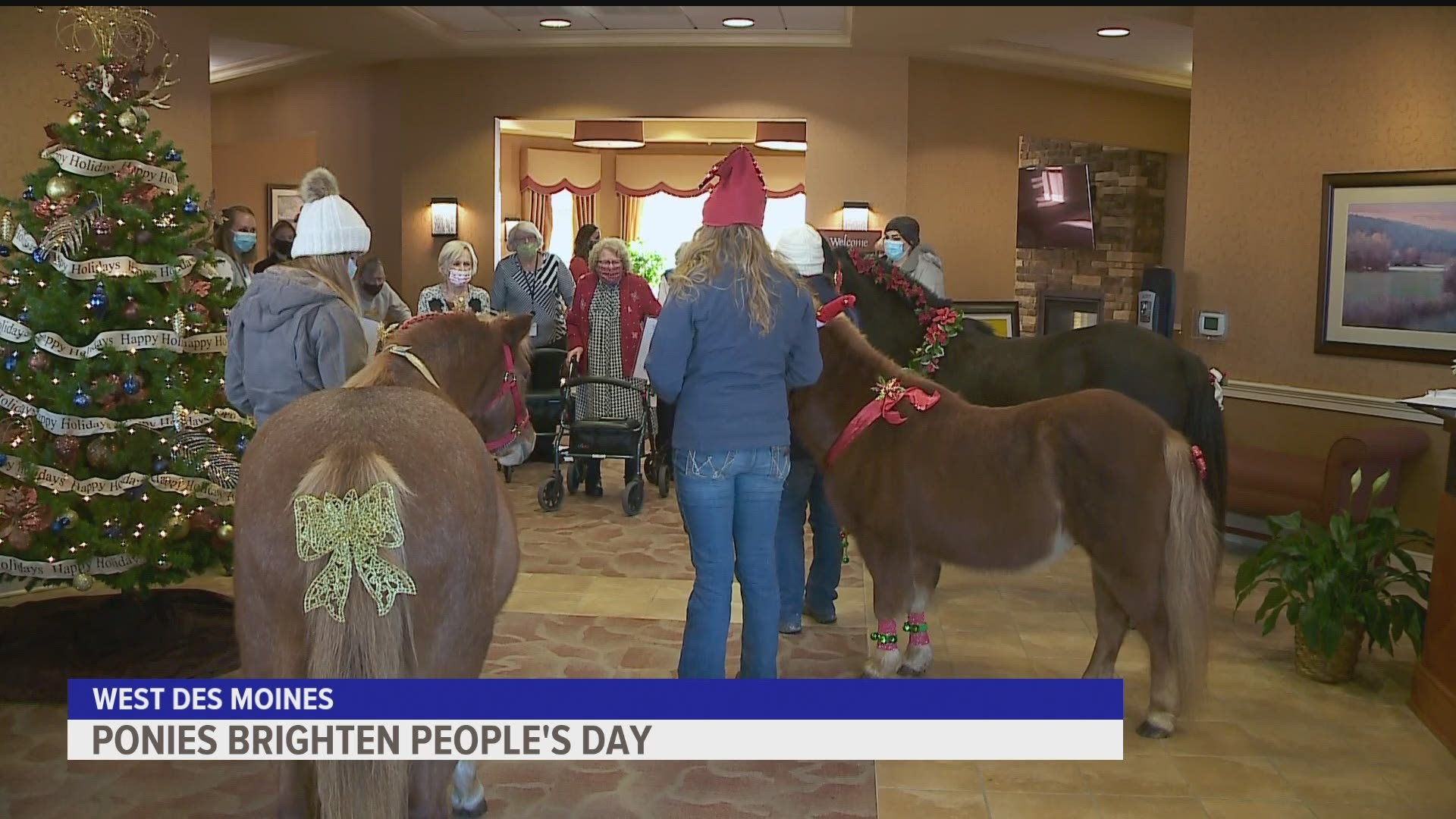 Staff at Edgewater say this visit was so special, because many of the residents have been in lock-down since March.

Jester Park riding instructor Kelly Blair enjoyed sharing the ponies saying "The people in the facilities aren't able to have family around and have people come in to see them. It's only the window visits and without a lot of contact from the outside world. So, we just wanted to kind of help with that and with the ponies it was just an extra little special bonus."

Normally, these ponies are used in the kids' camp, so they have good manners and are very gentle. The ponies, handlers and residents all seemed to enjoy their time together, finding cheer in this socially-distanced holiday season.