ARCHBALD, Pa. — It was a message that reminded us of what the holidays are really about, and it came from the most unlikely of places: Talkback 16. Viewer... 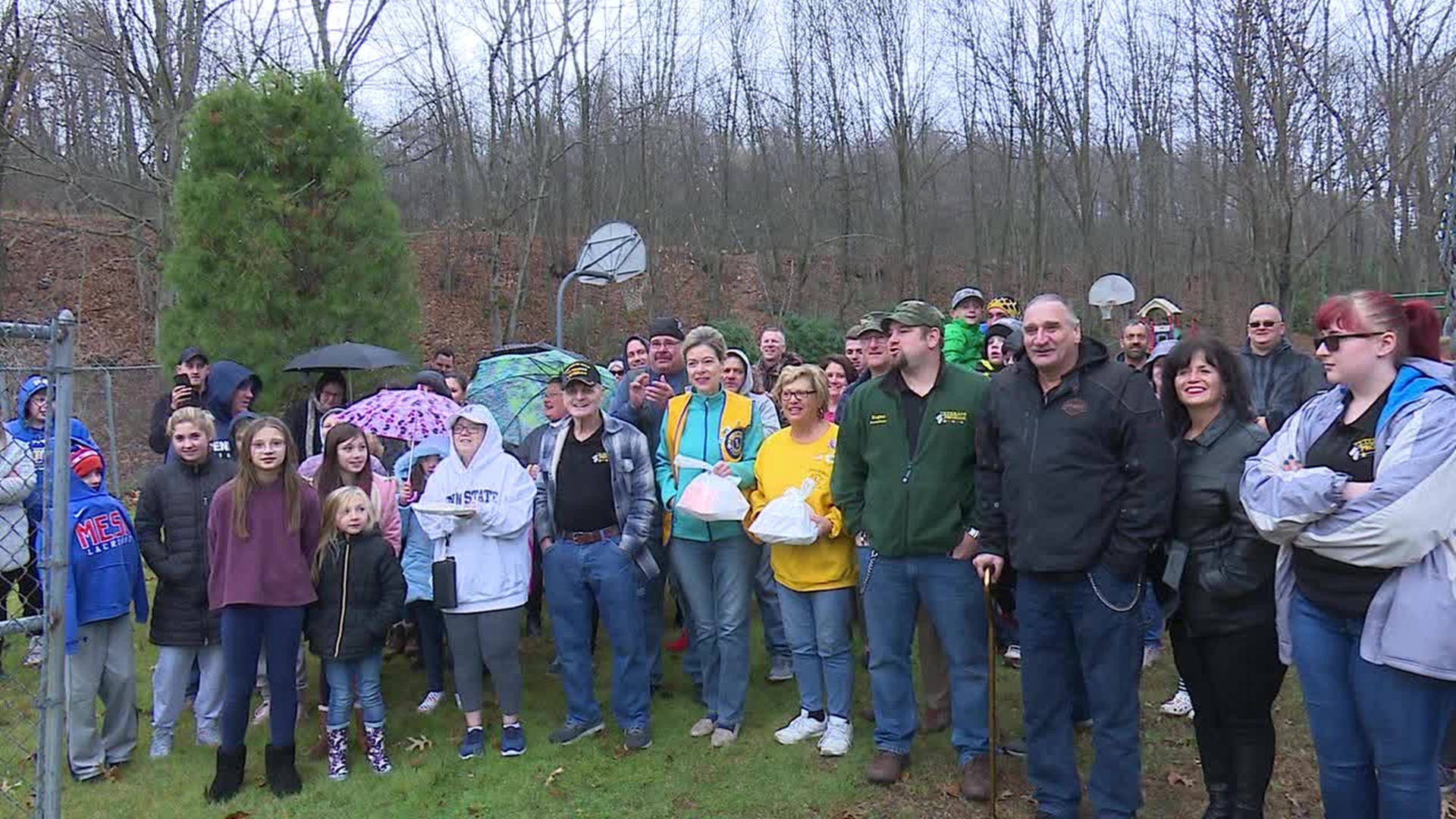 ARCHBALD, Pa. — It was a message that reminded us of what the holidays are really about, and it came from the most unlikely of places: Talkback 16.

Viewers from our sister station, WNEP, came out in full force when a lonely caller said he spends all his holidays alone.

A crowd of over 100 people, mostly strangers, gathered in Archbald on this rainy Thanksgiving morning just to wish one man a happy holiday.

The night before Thanksgiving, our viewers heard a simple request during their Talkback 16 segment from a man who has spent his holidays alone for 15 years and just wants someone to keep him company.

“I’ve got a request. I don’t want no food. How about some friends? 15 years, I haven’t had anybody to spend Thanksgiving with, my birthday, Christmas, New Year’s. It’s getting boring as hell, but I love what you’re doing to help other people.”

That one phone call led hundreds of other viewers to reach out to us, asking how they could find this man. We were immediately flooded with phone calls and messages on social media.

So, WNEP gave him a call back.

“I seriously thought it was a joke,” said Carl Braun.

Nope, we weren’t messing around. We learned his name is Carl Braun. He’s a 60-year-old disabled veteran who lives in Archbald. We put a call out on social media to meet at a park in the borough so we could surprise him.

“I just could not believe that many people did have open hearts, that cared,” Carl said.

Carl went from having no plans, and no one to spend the holiday with, to having more invitations than he knew what to do with.

“In over 25 years, since I lost my mom, this is one of the first Thanksgivings where I can actually say I’m having fun,” Carl said.

Now, Carl has one more message he wants you to hear: keep your hearts open all year long, not just around the holidays.