Man helps save over 3,000 lives by donating 125 gallons of blood and platelets

SAN ANTONIO — At 75 years of age, Ron White has hit many milestones. The Vietnam War veteran and former professional bowler is being recognized for another mile... 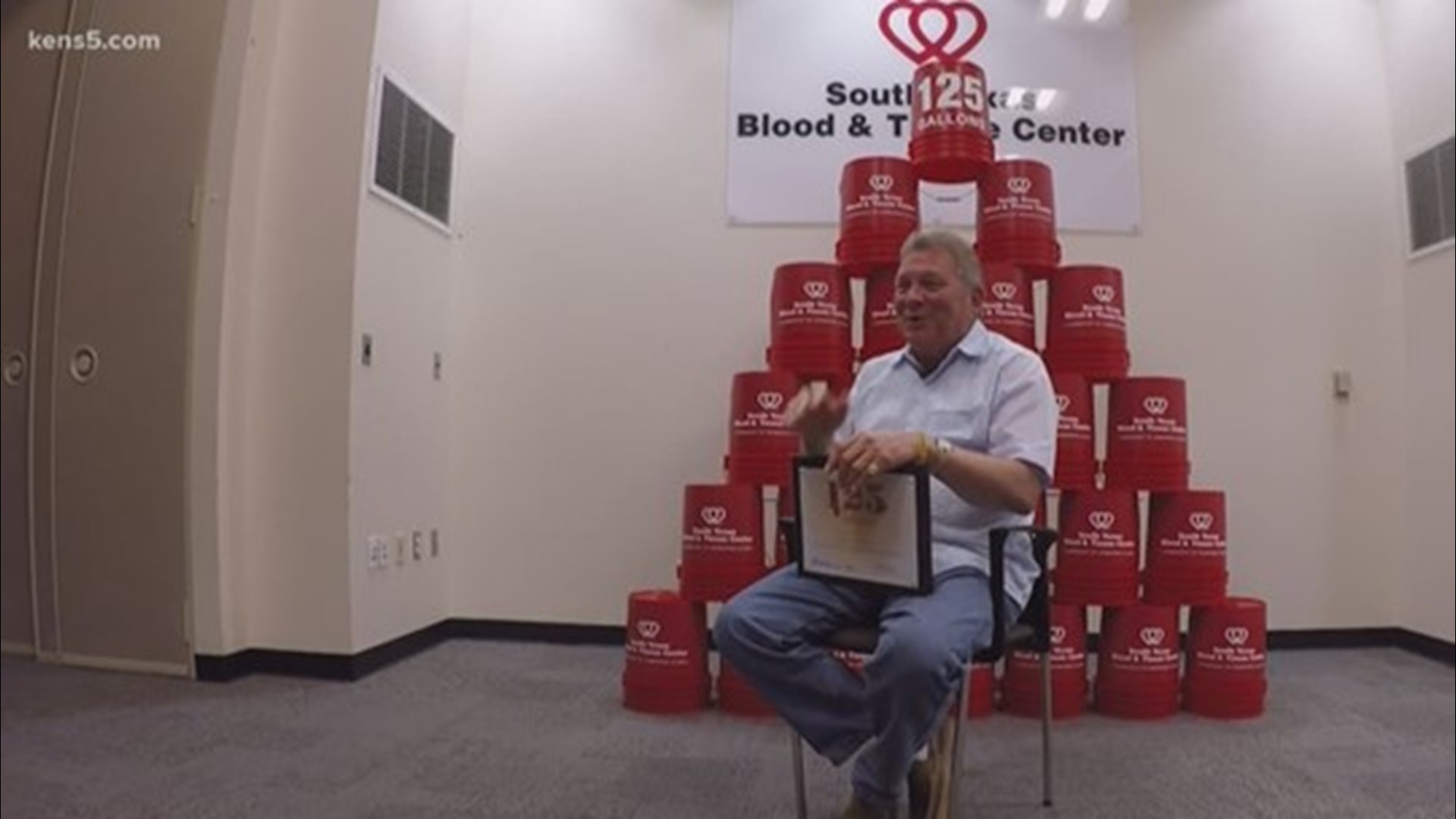 SAN ANTONIO — At 75 years of age, Ron White has hit many milestones.

The Vietnam War veteran and former professional bowler is being recognized for another milestone this week—helping to save over 3,000 lives. In the last 25 years, White has donated over 125 gallons of blood and platelets.

White was recognized for his dedication on Thursday at the South Texas Blood and Tissue Center Donor.

The milestone was marked with a pyramid of red five-gallon buckets, symbolizing the 125 gallons he’s donated to the STBTC.

“I had a very high platelet count, so every time I’d donate, they’d get a triple from me,” White said. “So they said I was saving, or helping, nine people instead of three.”

White attributes the motivation to give blood to his uncle, who taught White as a child about the importance of donating.

So, for years, White said he made donating a routine. But then decided to take a break.

But he went back one last time, and that’s when he met a young girl fighting cancer.

“She would smile, and it was like somebody turned on a 100-watt bulb,” White said.

That’s when he decided he would never quit, and meeting that girl a decade later wasn’t just another milestone. It’s the reason, he continues to give back.

Breast cancer survivor Samantha Aguirre said it’s a gift that saved her life, especially when she needed a life-saving blood transfusion, and it took a day to find O-type blood.

“It’s a very unexpected gift, especially knowing that it will help you survive and be able to see your kids,” Aguirre said. “I like knowing that someone helped you live to the next day.”

As for White, he’s content in knowing that he’s helped so many.

“If I just saved one,” White said, through tears, “that was good.”