Marshalltown turning a tragedy into an opportunity

The city is working with the Marshall County Arts and Cultural Alliance to spread the message. 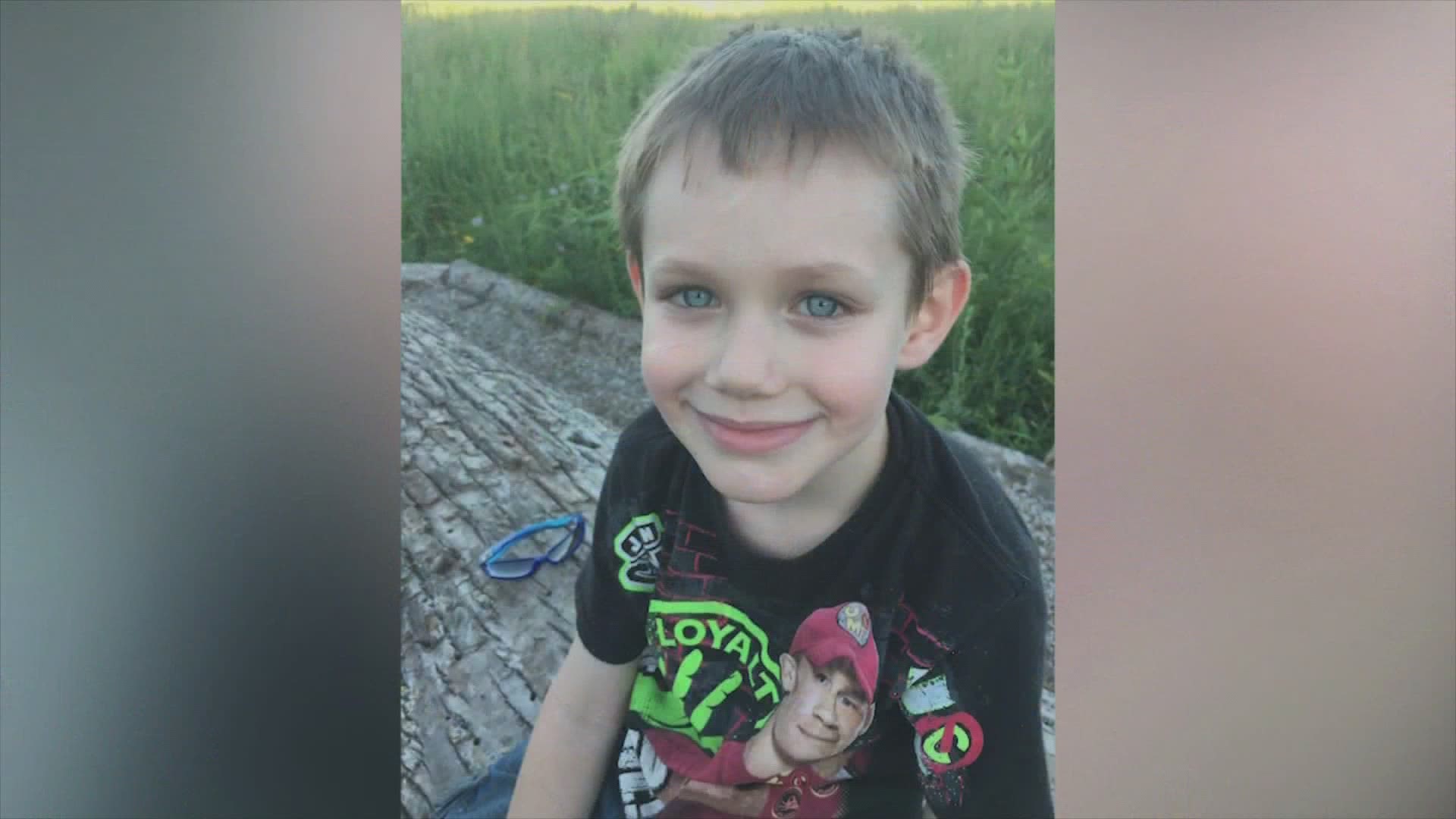 MARSHALLTOWN, Iowa — The crossing signs are all over the place in Marshalltown, but they are not always seen.

"It's amazing how much of a distraction even turning the radio down a little bit is or changing a preset button. That fraction of a second makes all the difference in the world," Timothy Maxon said.

In May 2019, it made all the difference for Maxon's family.

"Pay attention and especially in a school zone during either before school or after school," Brittany Maxon added.

Their son Christian was killed while crossing the street. He was just eight years old.

"He was just the sweetest kid. All he ever did was care about other people," Brittany Maxon said of her son.

A year and a half later, they're trying to make a positive out of a tragedy.

"When a community suffers a loss like this, being able to celebrate it in a positive way is really important," artist Lauren Gifford said.

A joint effort between Marshalltown and the Marshall County Arts and Cultural Alliance is setting out to paint a mural at 11 schools in Marshalltown, with the hope that they'll become a reminder to both kids and adults to look both ways.

"When anyone walks by these murals they will represent his story and him in a positive way. So instead of thinking about the tragedy that happened and being overcome with sadness, we can appreciate his story and learn from it," Gifford added.

Gifford started the first mural at Franklin elementary. That was the school Christian attended. That specific mural was funded by community members, part of a Marshalltown community that rallied behind the Maxons.

"The people in this town have lifted us up and helped us up," Timothy said. "I know there have been times I've walked through the grocery store and somebody has stopped me and asked me how I'm doing and I have no idea who they are."

It is an important message; reflected in the legacy of an eight year old boy.

"I think that's a lesson a lot of people can learn because there's a lot of negativity in the world today, and he just loved everybody," Brittany Maxon said.

They're hoping to have all 11 murals done by the end of next year.

If you would like to help fund the murals, you can donate here.