Years after Army veteran Denny Dorman returned from combat in North Korea, memories of battle nearly drove him over the edge until a new friend entered his life. 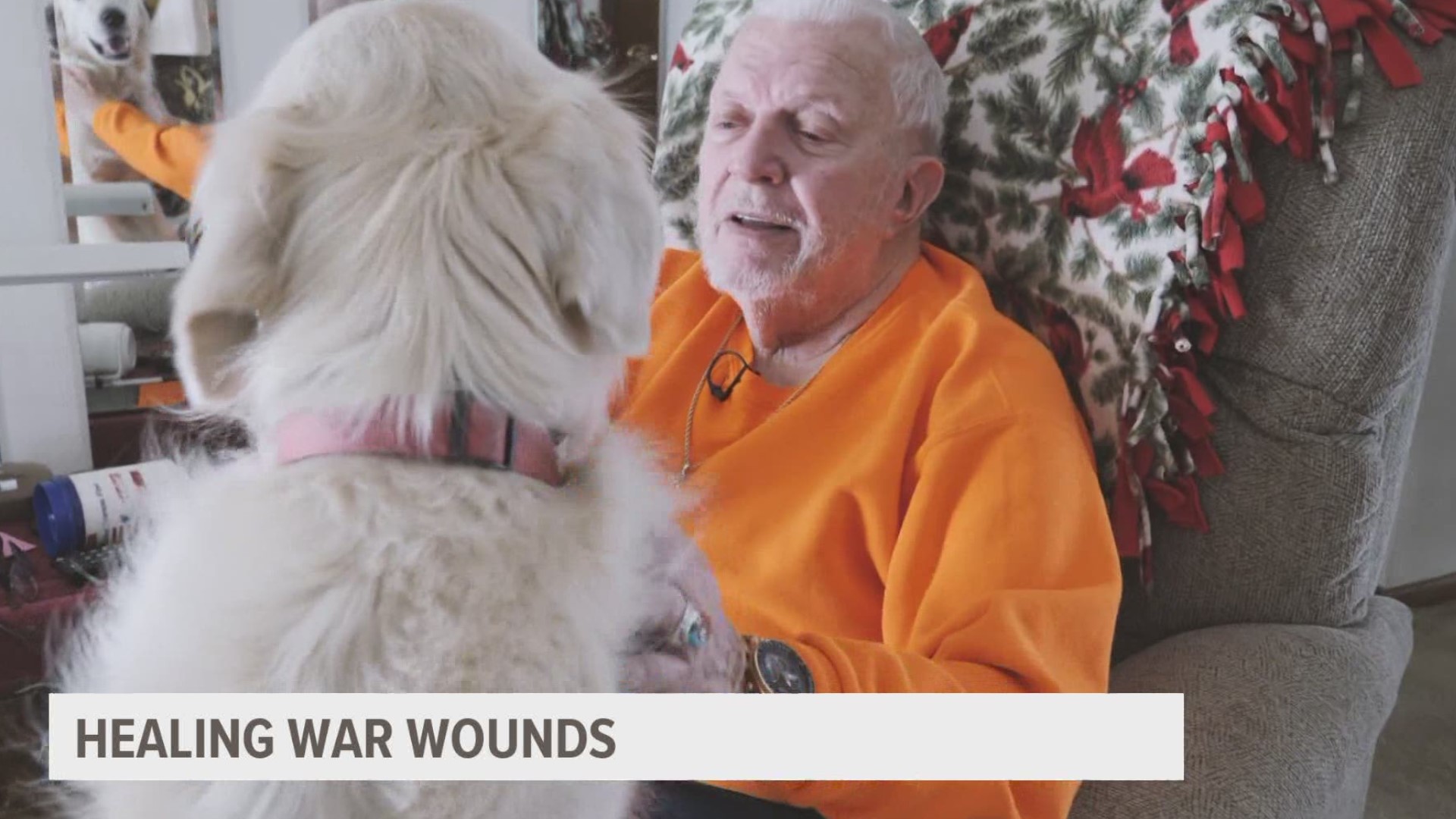 Inspired by two uncles who served during World War II, Dorman wasn't old enough to enlist with the United states Marines in 1950. But, that didn't stop the 15-year-old.

After getting copies of his high school transcripts, he got ... creative.

Altering his birth date passed the initial test and Dorman was shipped off to basic training where shortly after passing, his real age was discovered and was forced to drop out.

"I argued with them. I wanted to stay in."

He wasted little time and joined the next branch that would take a teenager.

"I didn't have to take basic training in the Army because I already had Marine basic, you know, that made me tough," Dorman said, flexing his arm.

Toughness that was put to the test later that year while fighting in combat during the Korean War as his company entered the Chosin Reservoir.

"And it was the earliest they'd ever had a blizzard up there," Dorman said.

For nearly a month the bloody fight played out with Chinese troops in brutal, below-zero temps.

"The ground was frozen so hard you could hardly dig a [foxhole].. So, we used the dead Chinese, stacked 'em up and used them as fortification," Dorman said.

"It was something I wouldn't want to go through again."

12,000 Allied troops died in the battle, one of several fights Dorman was involved in during his 18 months of combat which earned him the Korean War Ribbon with six Bronze Stars and a Purple Heart.

Those memories played out in his head as the last surviving member of his company with nobody to talk with.

"I was really ready to call it quits," Dorman said.

Years of never finding the answer to his pain at the bottom of a bottle, Dorman gave up drinking. He’s been sober now going on 49 years and was introduced to a new friend in 2016.

"Simon, hey, come up here," Dorman said, patting his lap. "Come up here and talk to me."

After seeing an ad for the Puppy Jake Foundation which provides service dogs for veterans who need a friend, Dorman filled out an application and was paired with Simon after the English cream golden retriever finished two years of training.

Now, Dorman has the physical help he needs around the house.

"With Simon, I can fall down and I call him and brace on his shoulders and get back up."

On bad days, he has the emotional support only Simon can provide.

"He's given me a boost in life. He's giving me something to live for,” Dorman said.

“I've never had it this good."

More information on the Puppy Jake Foundation can be found on their website.

RELATED: Des Moines' first baby of 2021 a miracle to her parents

RELATED: Here are 10 heartwarming stories you might have missed in 2020