Sisters have babies on same day at same hospital

INDIANAPOLIS (WTHR) – It is a double blessing for an Indianapolis family, with two sisters giving birth on the same day – a healthy boy and a health... 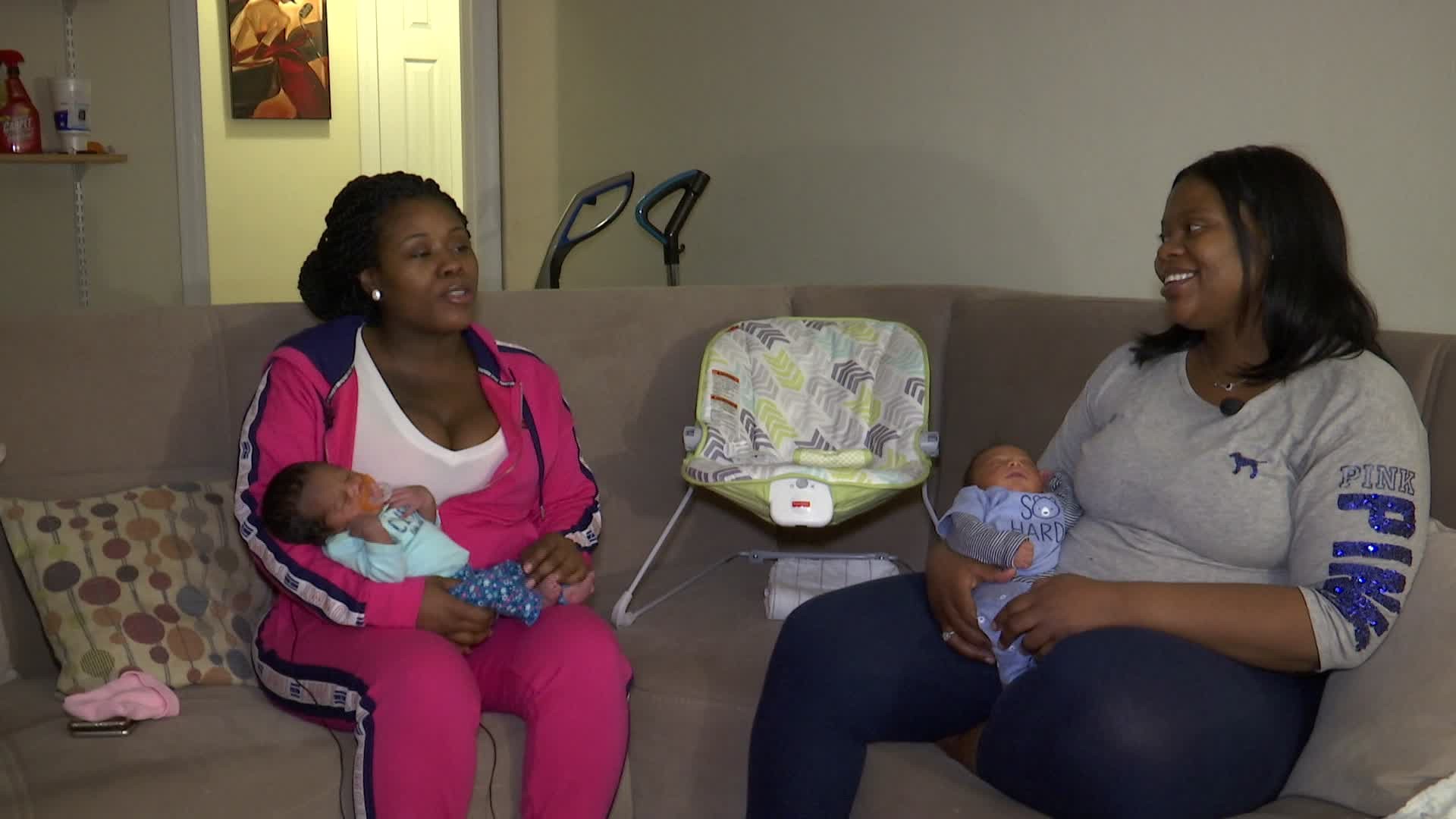 INDIANAPOLIS (WTHR) – It is a double blessing for an Indianapolis family, with two sisters giving birth on the same day – a healthy boy and a healthy girl.

Friday, the newborn cousins spent their first night at home as their mothers try to calculate the odds of what just happened.

“I never heard of it before, either. Like at the same time, at the same hospital. It was pretty crazy,” said Charell Anthony.

Later that morning, her sister Cierra Anthony came to Community Hospital East. She was a week late and scheduled for induced labor. Her baby girl, who she named Dream, was born at 6:29 p.m., weighing in at seven pounds, 4.4 ounces, measuring 19-and-a-half inches long.

“I got to the desk to check in and she was, like, ‘Is there an Anthony in here?’ I said, ‘What are you talking about?’ She said there is another girl named Anthony in here. I said ‘Oh that is my sister.’ She said, ‘Oh my god, y’all planned this didn’t y’all?’ I said no,” said Cierra.

As evidenced by a sweet photo of the newborn cousins sharing a bassinet, the pair is going to have a close relationship.

“They are having the same birthday parties. They are going to be close. We are doing our birthdays together,” said Cierra.