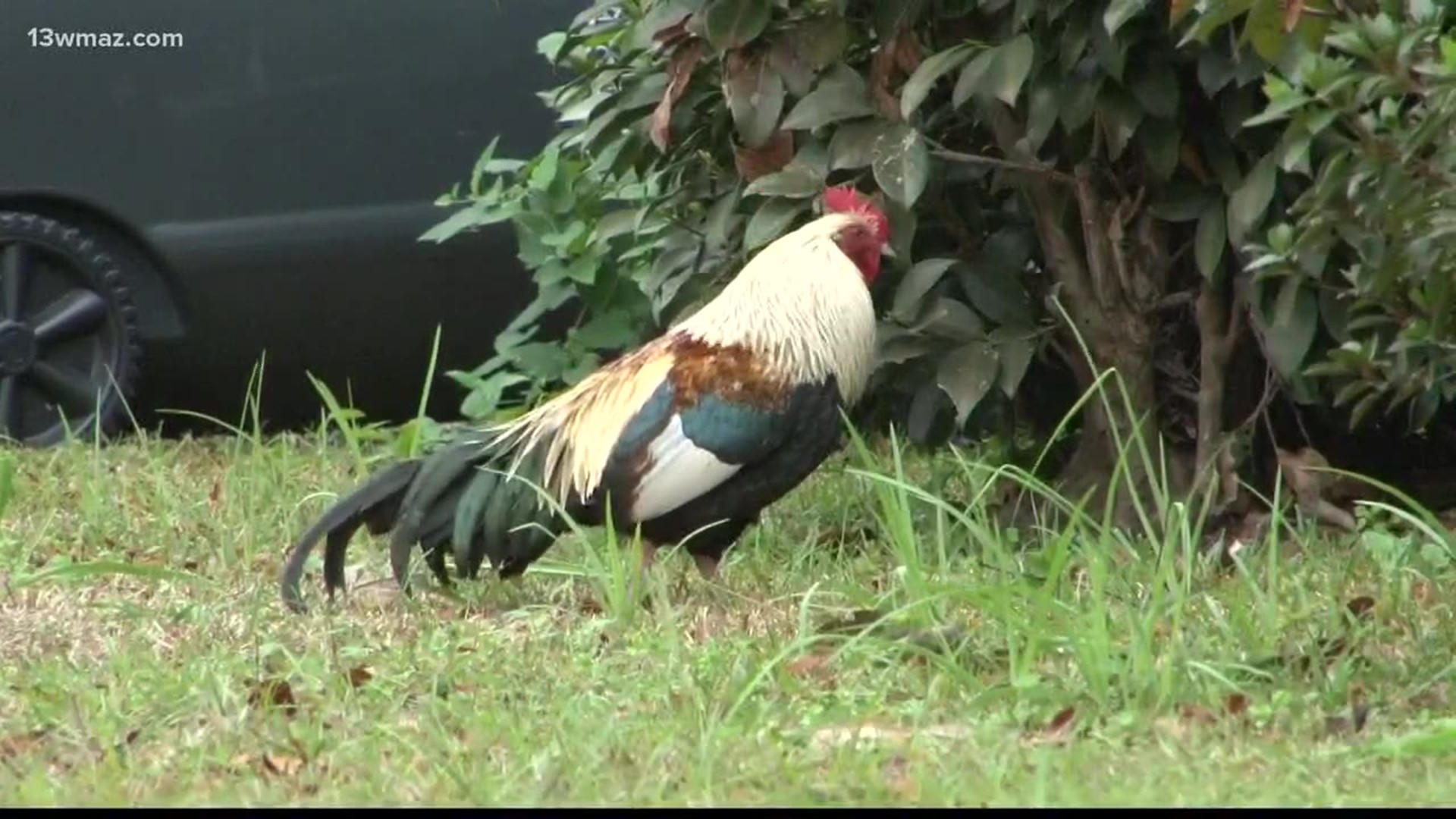 If you Google the small town, you’ll see they’re known for their wild Burmese chickens running around the streets.

They’re embracing their fowl reputation and going big to draw in tourists. Andrew Carter is used to seeing something fowl run around town.

“There’s chickens everywhere. They run down the alleys and people feed them,” he said.

Todd Taylor is one of those guys giving the birds a handout.

“When we get through with our biscuits in the morning, we throw them out there and [they’re] usually out there every morning between 8-9 a.m.,” Taylor said.

Jim Puckett is the mayor of Fitzgerald.

Well pardon the pun when we tell you Puckett wasn’t chicken at all when he decided to go big or go home.

He hatched an idea to build a giant chicken topiary in town, so it will have a steel frame stuffed with plants.

“Well my first order of business, we wanted to build a chicken bigger than the one in Marietta. The big chicken in Marietta is 56-feet tall, we were going to go 58-feet,” he bragged.

They decided to go up to 62-feet to top a giant chicken in Dubai.

And get this — the whole thing is going to double as a bed and breakfast, so folks will be able to stay in the topiary for $125 a night.

“There are a lot of B&B sites in the world, but this is going to be the most unique,” Puckett said.

“We are doing this to draw people to Fitzgerald and it’s not even built yet and it’s doing its job,” Puckett projected.

That’s because the town of 10,000 got a lot of publicity when the Wall Street Journal ran a front-page article.

“We were getting calls from all over the world,” Puckett said.

He says his poultry idea is more than just a gimmick.

So, the live chickens will have a new pecking order when the steel beam chicken comes home to roost.

The $150,000 came out of an old SPLOST fund that the mayor says the attorneys told him he could use for tourism.

If you would like to watch the chicken coming to fruition, there is a chicken cam on YouTube. Just search “Fitzgerald giant chicken.”