'I love you more than hair': Des Moines woman shaves head after raising over $60k for Cystic Fibrosis research

Susie Rider's daughter Andrea was diagnosed with CF at age four. Ever since, it's been Susie's life's goal to raise money for a cure. 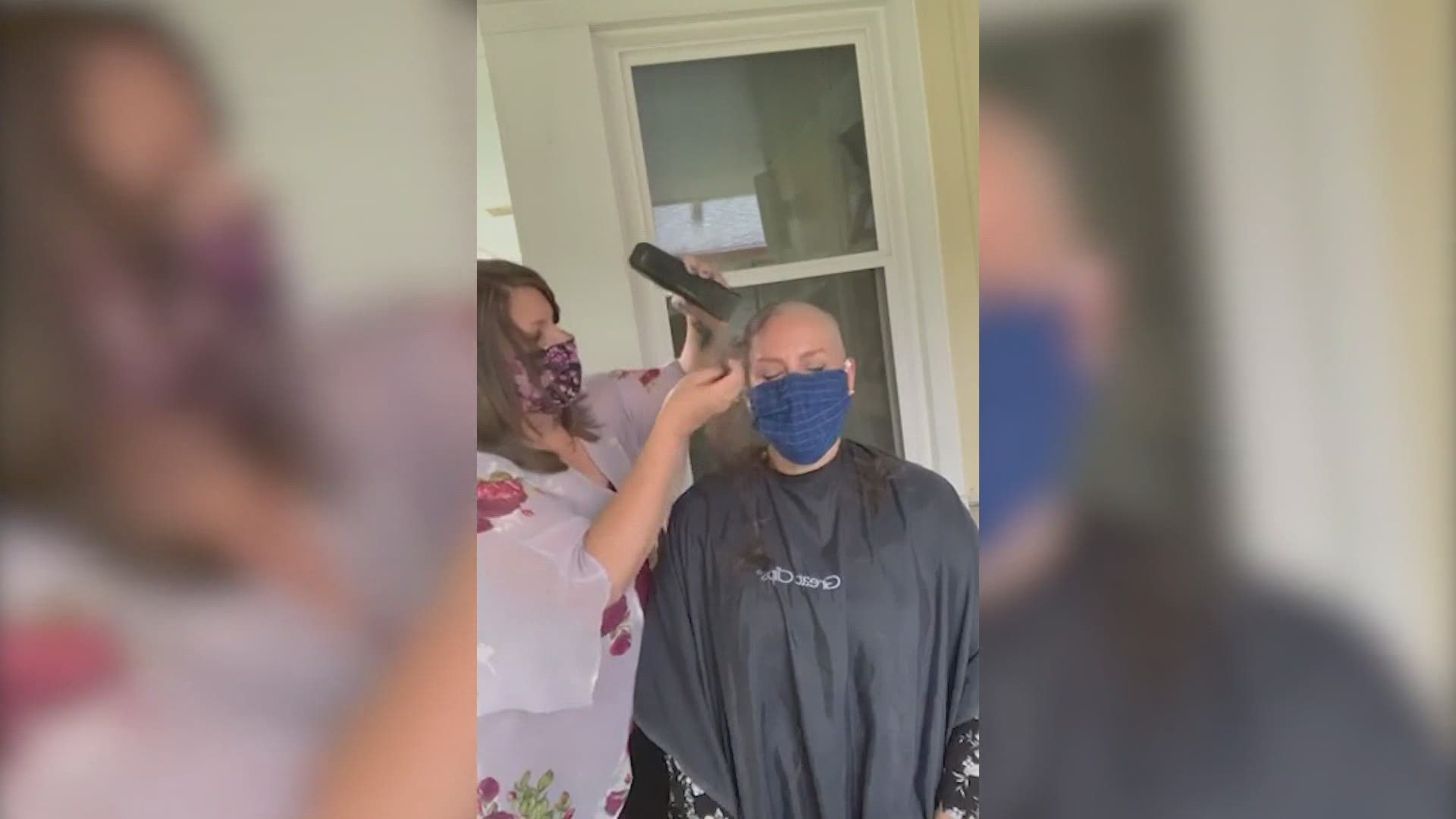 DES MOINES, Iowa — "Andrea's Angels" has raised more than a quarter-million dollars for Cystic Fibrosis research. Susie Rider, Andrea's mother, has been at the forefront of raising those funds.

Susie's latest pledge showed that she's not afraid to push the boundaries to raise the money to potentially cure the disease that's been impacting her daughter's life since she was four years old.

In an effort to get even more funds for the cause, Susie decided to do something a little out there.

People really donated, raising upwards of $60,000; exceeding the goal by over 10 grand.

"When I told Andrea I was going to do this, she said 'Oh momma, I love you.' And I replied, 'Well I love you more than hair,'" Rider said.

Susie had planned on getting her head shaved at a barbershop, but had to keep pushing it back because of COVID-19.  Eventually, she decided to just do it in the backyard, with Andrea doing the honors.

Susie continues to find new ways to raise money for the Cystic Fibrosis Foundation, an organization which she says is the primary reason her daughter is alive today.  She says she's thankful for all the support.

"I'll do anything, obviously for my daughter," she said.