Therapy dog gives a friend to woman in hospice

Linda Johnston of Urbandale struggles with Parkinson's Disease. But her body is at its calmest when Frankie is by her side. 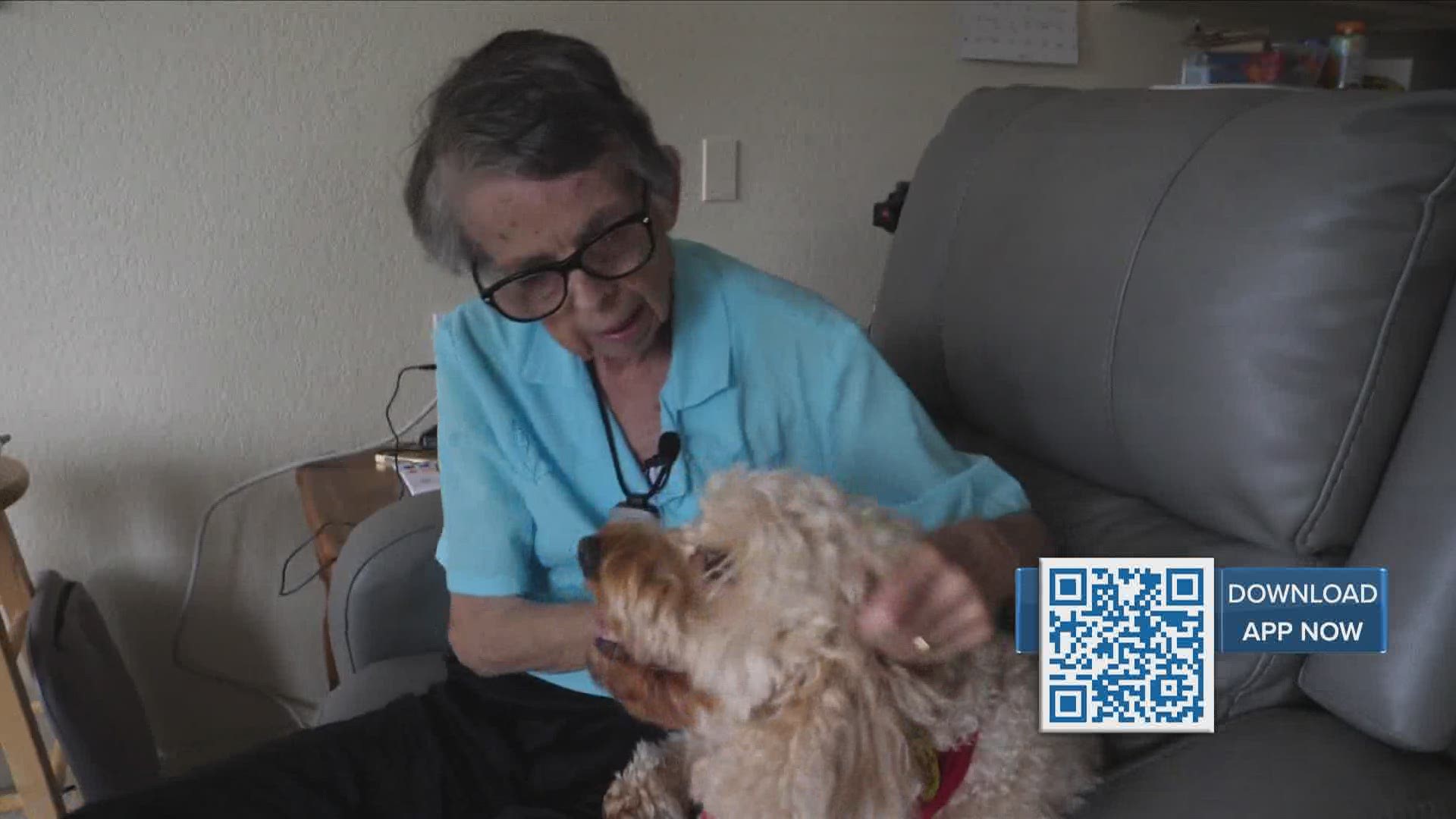 URBANDALE, Iowa — A woman in hospice care has found herself a new friend: a therapy dog named Frankie.

Linda Johnston has always loved animals.  She's owned lots of dogs and cats over the past 30+ years of her life.  Up until about a year and half ago, she owned a 110-pound lab named Eddy.  But the progression of her Parkinson's Disease eventually made it unsafe for her to walk him, so she had to find him a new home.

Giving up Eddy, as well as her cat May, just added on to the already incredibly difficult time for Linda as the Parkinson's continued to worsen.  But in such dark times, Linda has found a source of light in mini-goldendoodle Frankie.

Frankie has dealt with his share of adversity, too.  He was abused as a puppy and was discovered on a rescue's website by his owner, Leah Vera Ortega, after they'd taken him in with a broken leg caused by that abuse.  Despite his history, his passion for people was never snuffed out.

"He loves everybody," Ortega said.  "He loves to cuddle, meet people and play!"

Being a vet tech, Ortega understands the effect animals can have on people.  When Ortega's family told her Frankie would make a perfect therapy dog, he was enrolled in certification classes not long after.

Linda is under the care of St. Croix Hospice out of Ankeny, who serves the Des Moines area and other communities across Polk County.  Ortega and Frankie have been working with St. Croix for a little over a year now.

As a result of her Parkinson's, Linda struggles to control her muscles.  When she's with Frankie, though, her muscles seem to relax.

"When she holds Frankie - it's the calmest I've ever seen her," Ortega said.  "With him on her lap, she just relaxes."