WATAUGA, Texas — It has been three weeks of celebration for World War II veteran James South.  On Monday, he celebrated his 100th birthday, and this year h... 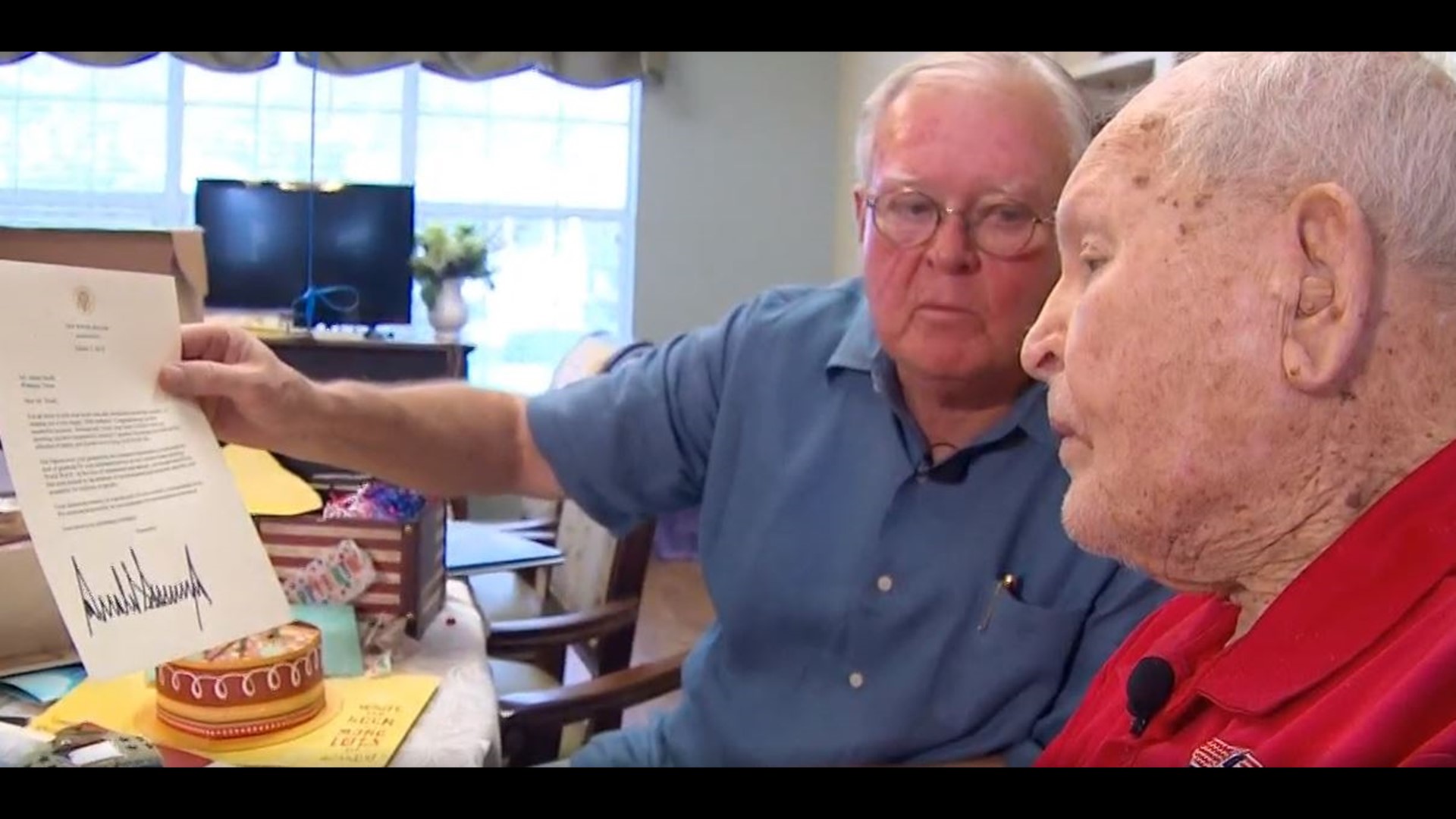 WATAUGA, Texas — It has been three weeks of celebration for World War II veteran James South.

On Monday, he celebrated his 100th birthday, and this year he had a special request —  he wanted 100 birthday cards. He had no idea how many cards he would receive.

His story started three weeks ago when his assisted living community Brookdale Watauga posted a photo of James South’s wish on Facebook.

Soon South’s story was shared all over the world and cards started pouring in.

So far, his family says, the veteran has received more than 100,000 cards.

“To go to a store in town and pick out a card and send it to me, that’s almost more than I can handle I’ll tell ya,” South said. “It touches my heart.”

World War II veteran James South stands next to the 100,000 birthday cards he received for his 100th birthday. He asked for 100. (Photo: Brookdale Watauga)

His son Jim says the cards have come from as far as Australia, Great Britain, and even China.

Schools sent cards, offering them a moment to teach students about World War II. He heard from the the governor of Texas, United States senators, even the president of the United States.

“Our nation owes your generation, the greatest generation, a tremendous debt of gratitude,” the letter from President Donald Trump read.

“The people that have gone to the store for cards, and the people who have taken the time to pen out their thoughts and their feelings, it’s just been an overwhelming and an amazing response,” son Jim said.

Now, as the cards continue to arrive, the family looks back on a Facebook post that started it all.

“Holding that sign up and grinning at the camera is exactly what started this expression and this outpouring,” son Jim South said.

The 100-year-old veteran is so grateful.

“I’m just thanking God for watching over me and keeping me healthy. There’s no telling where I’ll go from here,” James said.