DALLAS — Looking at the destruction all around them, Dallas residents David and Danna Folmnsbee say they’re the lucky ones. “So blessed,” Danna said. “So blesse... 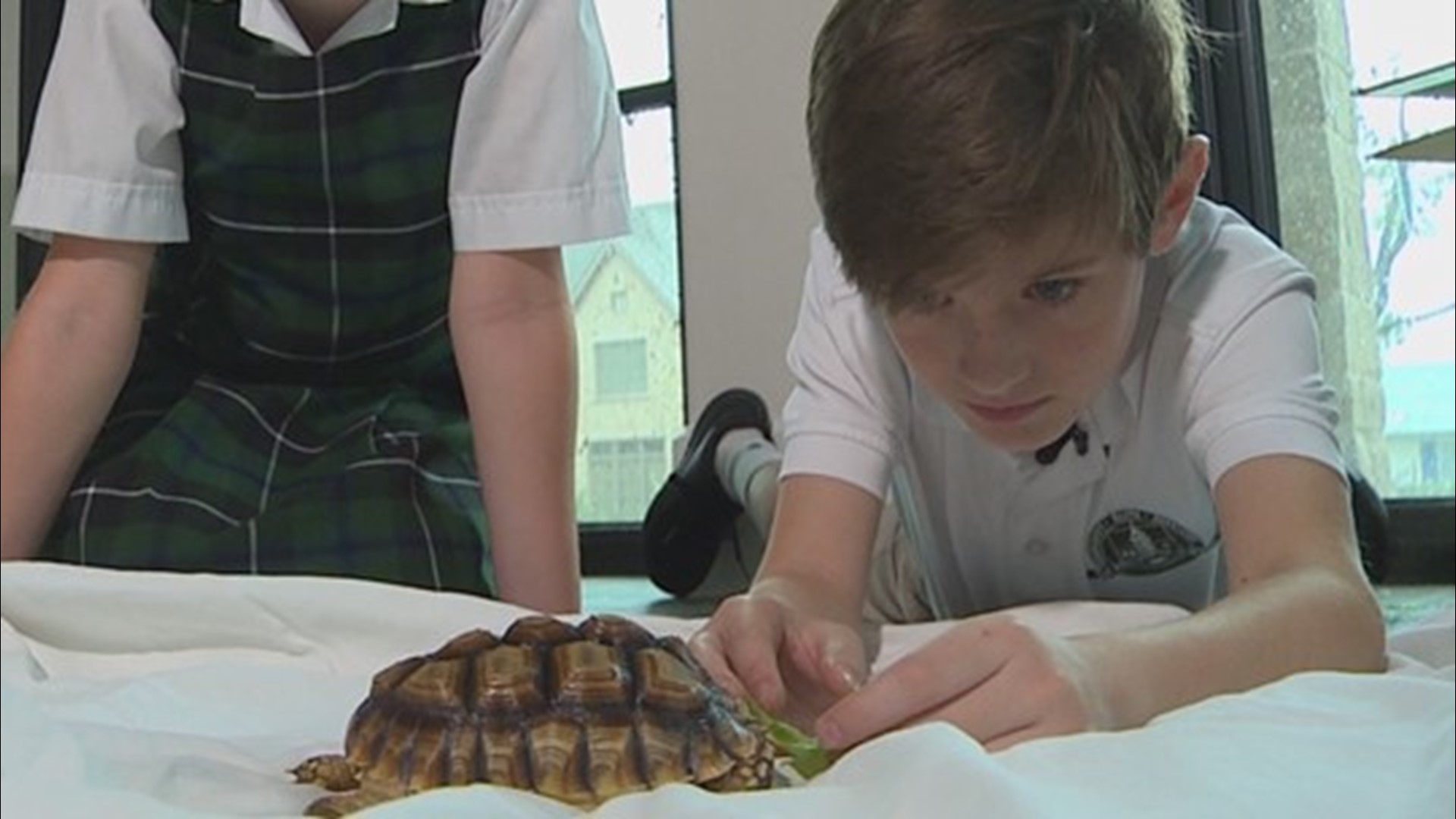 DALLAS — Looking at the destruction all around them, Dallas residents David and Danna Folmnsbee say they’re the lucky ones.

The big, old oak tree in their backyard came within inches of landing on their house during the storms and tornadoes that hit North Texas on Oct. 20.

Really, the biggest hit they took was in their son’s room. Owen Folmnsbee, 10, said by the time the tornado passed, his room was littered with sticks, dirt and glass.

But it’s what wasn’t there that worried him most.

“I was really nervous,” Owen said. “Cause the chances of him surviving and falling out of a window were pretty slim.”

Two years ago, Owen said he received the best Christmas present of his life when he got a sulcata tortoise named Bolt.

The two quickly became inseparable, and like any tortoise, Bolt was going to live the next 75 years by his best friend’s side.

But last week, an EF-3 tornado ripped Bolt’s cage off the bedroom dresser and out the window.

“His cage was all mangled with broken glass and they thought for sure he was dead,” Owen said.

What was left of the cage was on the ground beneath the second-floor window, but Bolt was nowhere to be found.

Until, after combing through the damage, they found him, buried under debris, alive and well.

“Although not mentally,” Owen said. “He was pretty traumatized for a bit.”

Bolt didn’t eat for a couple of days after the storm, but he’s finally getting back to full speed.

Owen hopes it’ll stay that way for at least the next 100 years.

“I hope he does live longer than me because he probably should,” said Owen.

So now they’ve got the storm behind them and a very, very long life ahead.