Both women have served in the Iowa National Guard for over a decade and said they want this promotion to show other women serving that anything is possible. 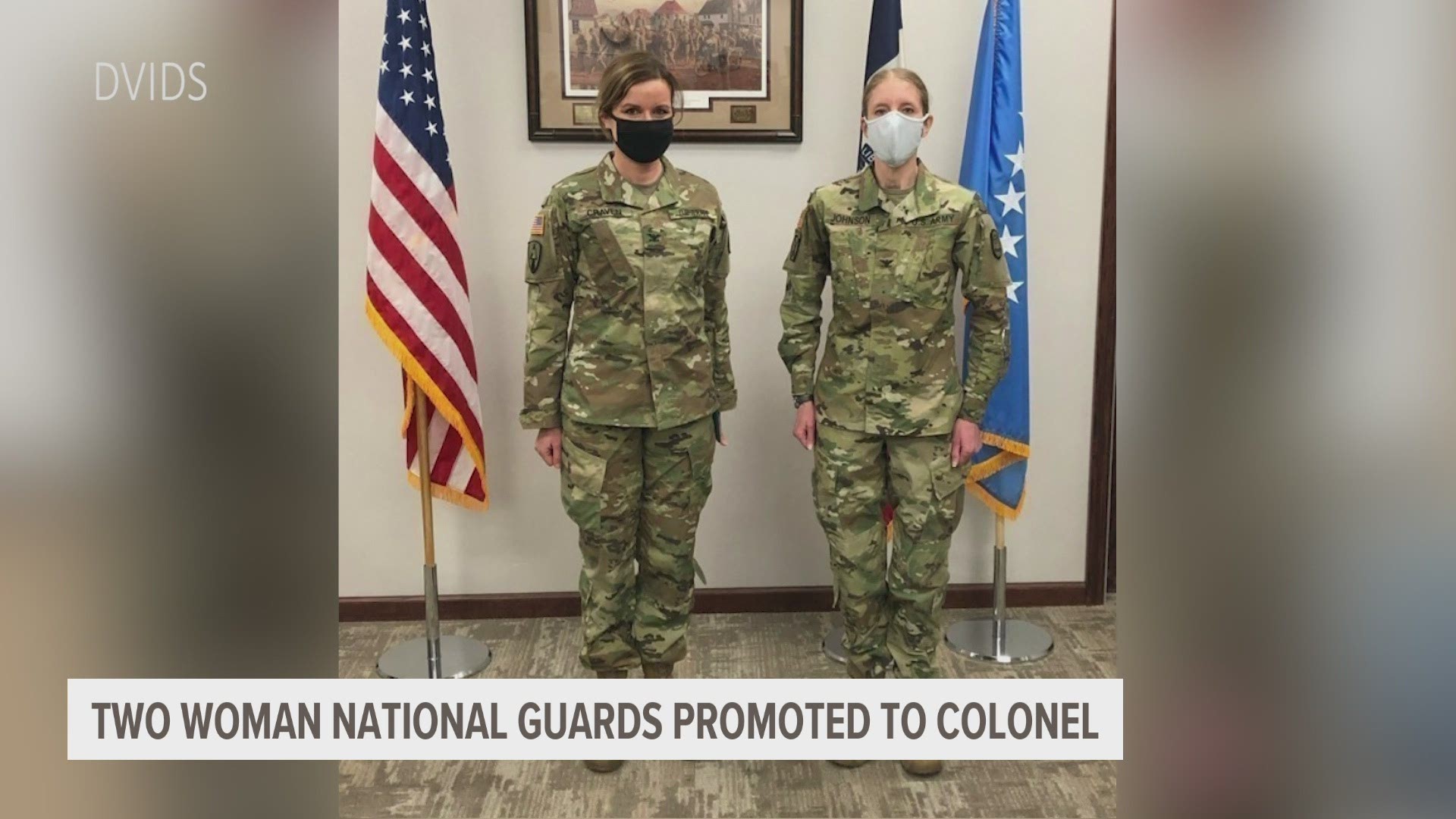 JOHNSTON, Iowa — Two women in the Iowa National Guard were recently promoted to the rank of Colonel. It's the first time since 2006 a female officer in the Army, has reached this rank.

Col. Johnson described the day as "a culmination of all sorts of things."

One, being years of hard work. Both women have served over a decade in the Iowa National Guard. Col. Craven has served 13 years and Col. Johnson,  17 years.

The women said it was amazing to receive the promotion together since they both used to serve in the same unit years ago.

"It's definitely a huge honor for me," Col. Craven said. "When I started out, I can probably count on my hand the number of senior female leaders in the army at that time."

"To even see a female walking around with [this] rank on is a big deal," Col. Johnson said.

With this being the first time since 2006 a female in the Army has reached this rank, Col. Craven hoped it's something that is able to inspire other women officers serving.

"Seeing representation, diverse representation in leadership helps [women] in their confidence think I can do this too," Col. Craven said.

But, to get to this point it came with many obstacles for both.

For Col. Craven this meant fighting breast cancer seven years ago. She said she had multiple surgeries and cancer treatments.

After she was cancer-free, Col. Craven was deployed to Afghanistan. While there, she said family, friends and music helped her start feeling like herself again and get back in shape.

"Your mind will try to limit you before your mental and physical capabilities can," Col. Craven said.

With this new promotion Col. Johnson said she plans to use her rank to help those in her unit who might be facing barriers in their careers, by removing them or making them less evident.

"It gives me the leverage to take care of others and do what's right for others and their careers," Col. Johnson said.

And Col. Johnson said even though she just reached this new rank, she is not ruling out aiming for higher ranks in the future. The one above Colonel is Brigadier General.