Heartland Forward said the Des Moines immigrant population was among the fastest-growing in the country over the past decade, growing by nearly 20,000 people. 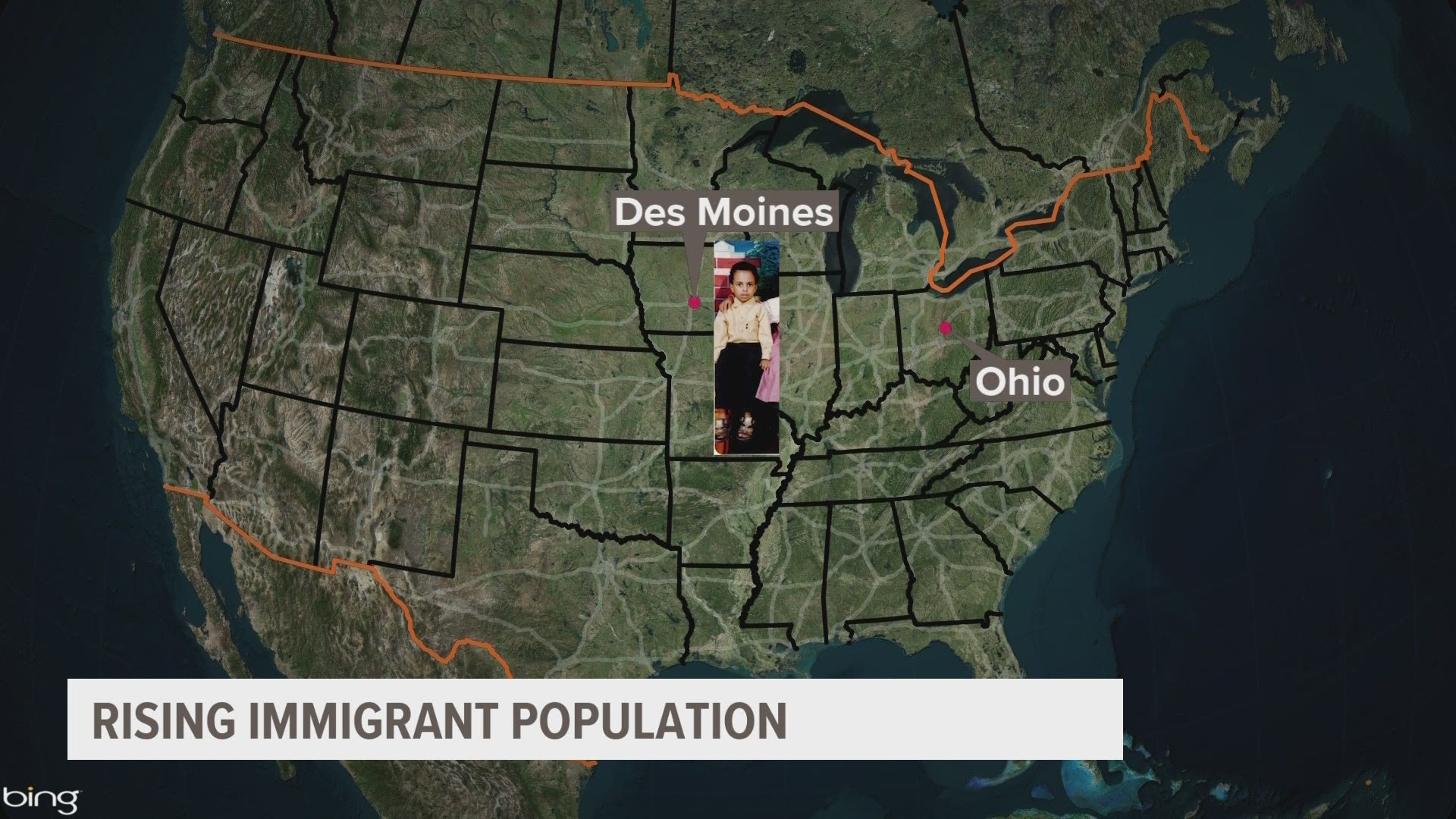 According to Heartland Forward, the Des Moines immigrant population was among the fastest-growing in the country over the past decade, growing by nearly 20,000 people.

One of those people who helped the Des Moines area immigrant population grow during the period of 2010 through 2019 was Basam Hagos and his family.

"Growing up in another country, all our thinking was to move here," Hagos said.

Hagos and his family are from Eritrea, but moved to Egypt and then on to Cleveland, Ohio, in 2015.

"It was a nice place [Cleveland] and all but I felt like it was a little bit, like we were out of place in the community," Hagos, said. "We were alone my family."

Hagos said after being in Cleveland for a while, his uncle, who lived in Des Moines at the time, brought them to the city and showed them around.

"Once my mom knew like the community here, there's family here, there's people from my original country Eritrea, we then decided that it's a good idea to move here," Hagos said.

So they moved to Des Moines and have lived here for five years.

Hagos said he likes living in Des Moines because it's affordable, the people are nice and he has access to great schools.

He noted when he moved here he finished his last two years of high school and is now studying Information Technology at the Des Moines Area Community College.

But what he also likes about the area is there is a community of Eritreans.

"It just helps you settle," Hagos said. "Anything you have a problem [with] you find people you can rely on."

David Peters, a professor of sociology at Iowa State University, said having a community to belong to is among the biggest factors immigrants look for when moving to a certain location.

"Immigrants will tend to want to locate where people from their home country already previously settled that taps them into organizations and social networks and can help connect them to jobs."

Hagos now works in the Oakridge Neighborhood and said he plans to continue his education to go on and get a four-year degree.