Growing up with a Pakistani dad and Filipino mom, food was always an adventure at Taufeek Shah's house. 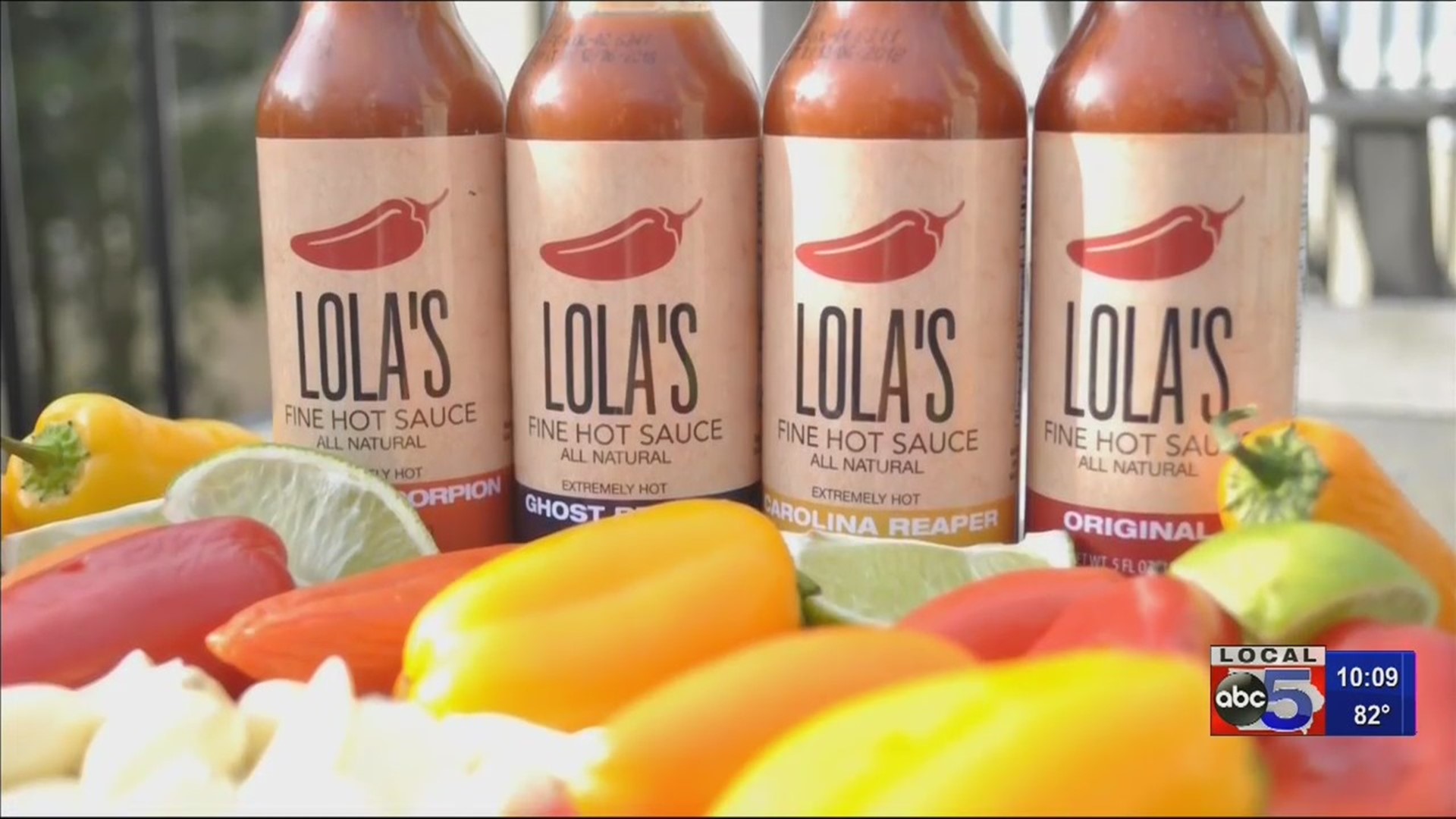 WEST DES MOINES — If you’re good in the kitchen, you’ve probably had that dream. Making it big in the culinary world, having millions of people appreciate that one thing that you do so well. One guy from West Des Moines had that dream and made it a worldwide reality. That makes him an Iowan to Know.

If you shop at Hy-Vee, you may recognize these magic elixirs that are taking over the world of hot sauce. Lola’s Fine Hot Sauces have burst on the scene in just the past three years.

“I’m not going to just take it to market, I’m going to do my best to make sure it’s the best hot sauce in the world. And the rest is history, here we are.”

Taufeek Shah is the driving force behind the success. Growing up with a Pakistani dad and Filipino mom, food was always an adventure at his house.

Taufeek’s mom had a special hot sauce recipe. So good, they debuted it at the Des Moines Farmers Market three years ago. But it didn’t go exactly as planned. “I remember my first farmer’s market, I sold one bottle. Pretty discouraging, but hey I’m a pretty persistent guy.”

Within weeks, the hot sauce was selling out at the farmer’s market. Taufeek kept marketing it to anyone who would listen. Then came a big break. “Our big turning moment was when we got into Hy-Vee.”

He had even bigger plans, driving the Midwest from one chain store to another all while working his full-time job at Principal Financial Group.

He was working 100 hours a week. But the contracts kept coming in. Next was Kroger stores. “I found out who I needed to talk to, went down there, sent them samples. They loved it. All of a sudden, I got an e-mail back saying hey Taufeek we love Lola’s fine hot sauce. We’re gonna put it in about 300 of our stores to start it, and we’re off from there.”

Then came Target, Whole Foods and Natural Grocers. Plus an agreement with a worldwide distributor that sells Lola’s in Canada, Australia and even in the home country of Taufeek’s mom, the namesake of the product. “Believe it or not, we’re in the Philippines where Lola comes from. Lola means grandma.”

Taufeek says the success is because the product is truly like no other. “A lot of hot sauces, it’s just a lot of vinegar or filler, xantham gum or high fructose corn syrup and tons of spices. We’re using real peppers. Cut the jalapeno up, cut the fresh lime, mix it in vats and blend it to our secret family recipe.”

“I love this job, I love what I do every day. It comes to a point where it’s not even a job.”