ITK: Distance walker with cerebral palsy inspires us all to believe in ourselves 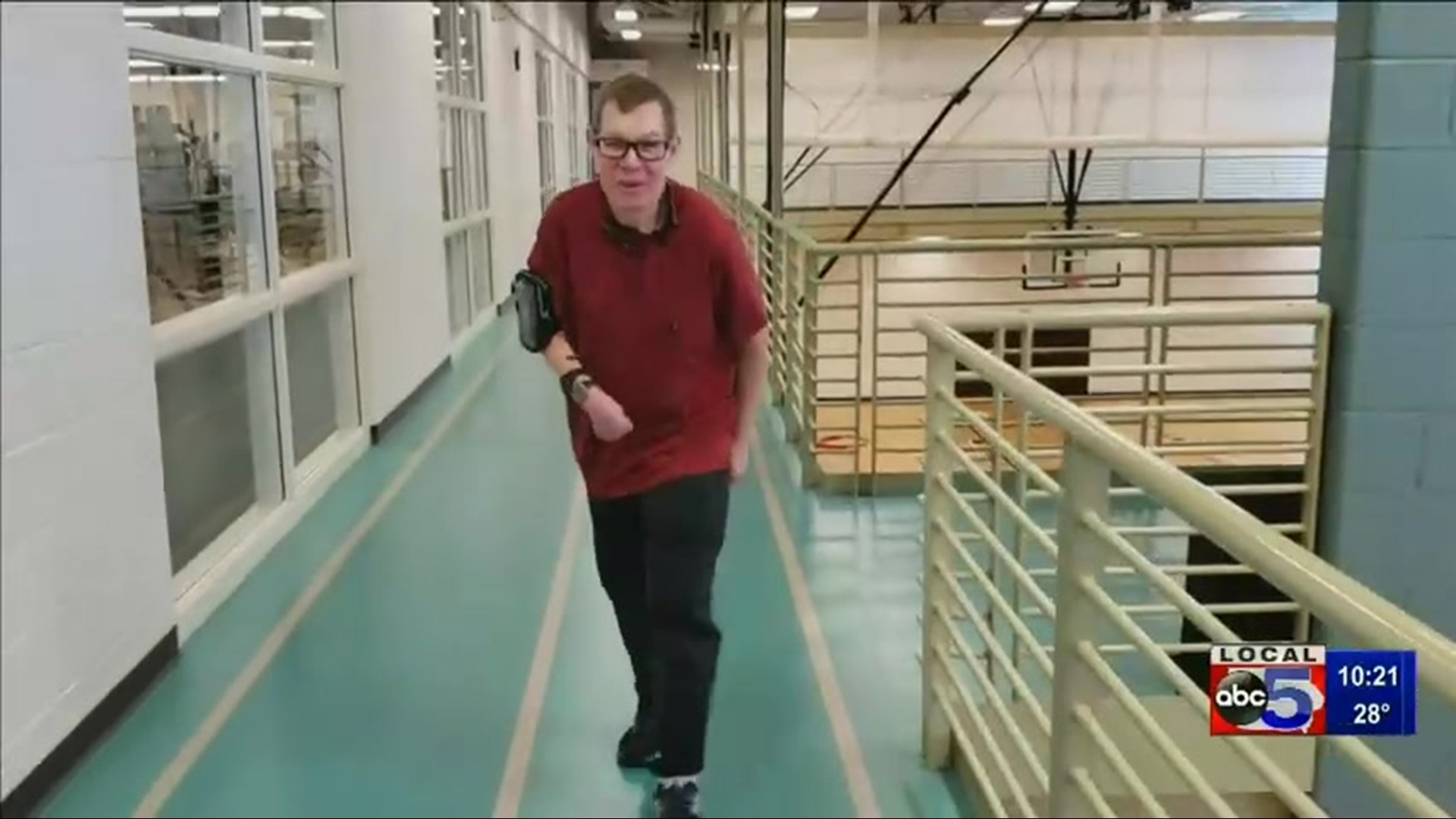 WAUKEE — How is your New Year’s resolution of working out more going? Because Local 5’s Jack Miller recently met a man who logged 61 miles in a single day. That’s more than two marathons. On top of that, he has cerebral palsy. That makes him an Iowan to know.

Scott Willey doesn’t like to walk slow and he also doesn’t like to stop much. Every morning of the week you can find him at the Waukee YMCA walking non-stop from 5:30 until 9:30.

It’s a routine that’s been consistent day in day out for seven years now at the YMCA. Scott has the Fitbit data to prove it. He does a half marathon, 13 miles, every morning and usually hits 50,000 steps, 20 miles, by the end of the day.

“I do have a lot of energy people say that. Well where do you get it? I get it from walking,” Willey said.

The peak of Scott’s walking year comes every January when he challenges himself to do something extraordinary. As the numbers show, this year that was 140,000 steps and 61 miles in one 24-hour period. He turned it into a fundraiser for the Waukee YMCA.

He said getting to 61 miles is all in your head.

“I started walking because I was bored on vacation and I’m still walking,” Willey said.

He’s walked all those miles at a 14-minute pace.

The man from Yale, IA is an inspiration to many at the YMCA, but he insists the power is inside each of us.

“What I normally say is if you tell yourself you can do something then you can do it. Most people don’t tell themselves that because that’s not the way they think, but that’s what I think,” Willey said.

Also, Scott’s day job is in the kitchen at Hy-Vee, where he spends most of the time on his feet.

Scott’s fundraiser goes until the end of the month. You can go to the Waukee YMCA Facebook page to donate.