Amy Blair doesn't mess around when it comes to the family Christmas card. 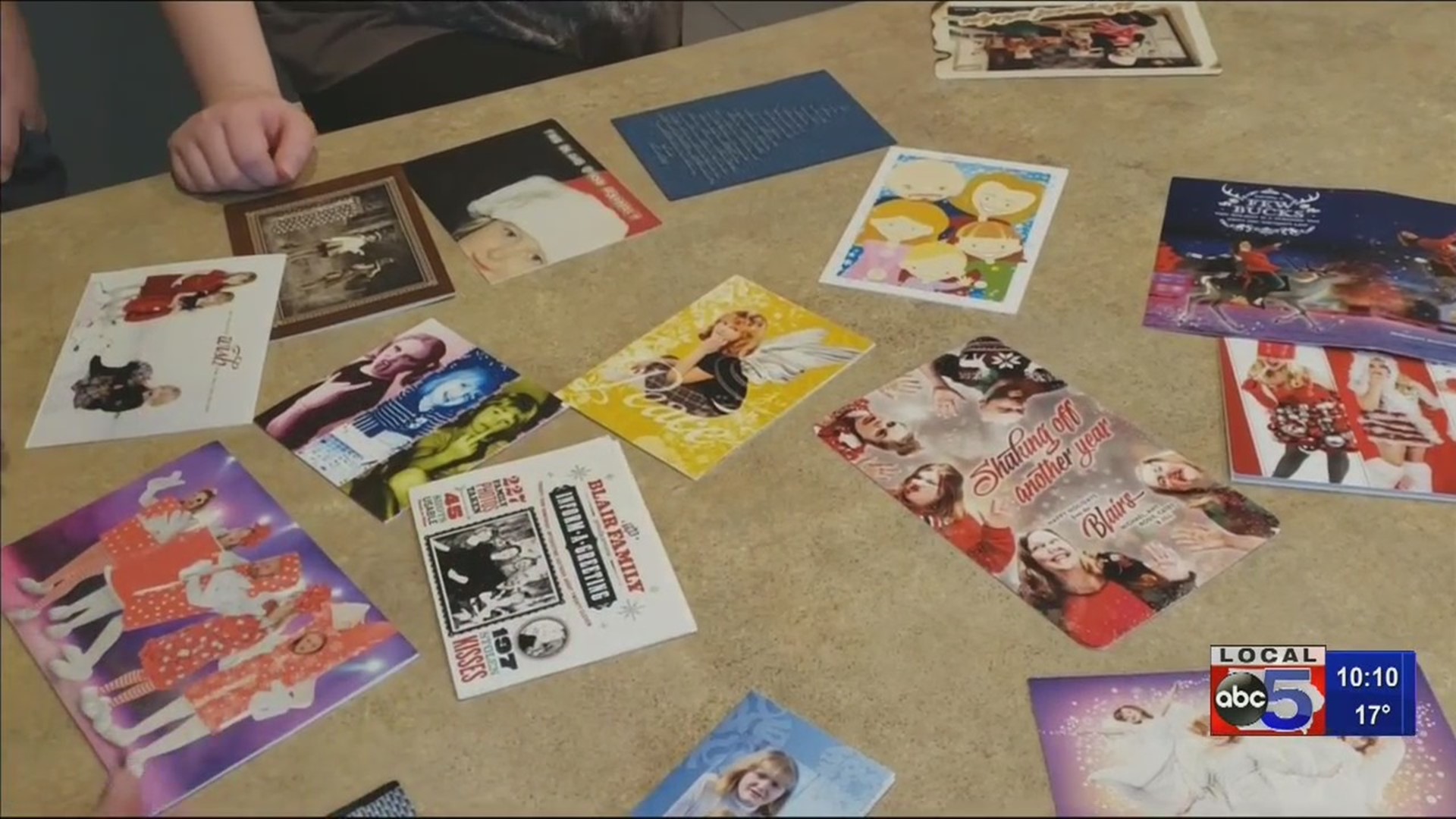 You may be in the middle of your holiday card chaos right now, trying to get them all out on time. Local 5’s Jack Miller recently met a couple that started designing their card back in August.

The things they’ll do to create a card that stands out from the crowd is pretty wild. That makes them Iowans to Know.

“This list just keeps on growing and growing but if you annoy me you will get kicked off the list,” Amy Blair said.

Blair isn’t messing around when it comes to the family Christmas card. But you can be picky about who stays on your mailing list of 350 people when your cards are as extravagant as these.

“We get requests from people to be put on our mailing list because they’ve seen the cards or heard rumors,” Blair said.

The legend grows because for 19 years now, Amy and her husband Michael of Urbandale have been dreaming up and designing custom Christmas cards that feature their family in crazy situations.

“Every August she forces me to come up with the theme for the year,” Michael said.

But as a graphic design instructor at DMACC, Michael is well-equipped for the job. The concept and execution all happen on his laptop. Like the reindeer year, the snow globe year, the Glam year, and even the naughty year. The Blair’s like to push the envelope, but Amy’s all time favorite card features there three girls as angels.

“We had them up on a table with a big industrial fan in their faces and they were jumping off to get the shot,” Amy said.

Michael is most proud of the burnt cookies year, where the card engaged all your senses.

“We used a blowtorch out in the garage to singe the edges of the card and then we spritzed it with vanilla spray,” Michael said.

Christmas cards like those are in demand, making it a lot easier to get thrown off the list then to make it on.

“If the card comes back because of an incorrect address, you’re off the list of the next year,” Michael said.

The Blair’s are mailing out the card for year 19 this wek. It’s theme has been a closely held secret.

We were not given permission to unveil it here on Local 5 news. Only those of you receiving it in the mail will know.