Iowan to Know: Using past eating disorder experiences to guide others to recovery

DES MOINES — Taking a personal situation that the world told you is shameful and turning it around, that takes a lot. Going one step further to reach out to hel... 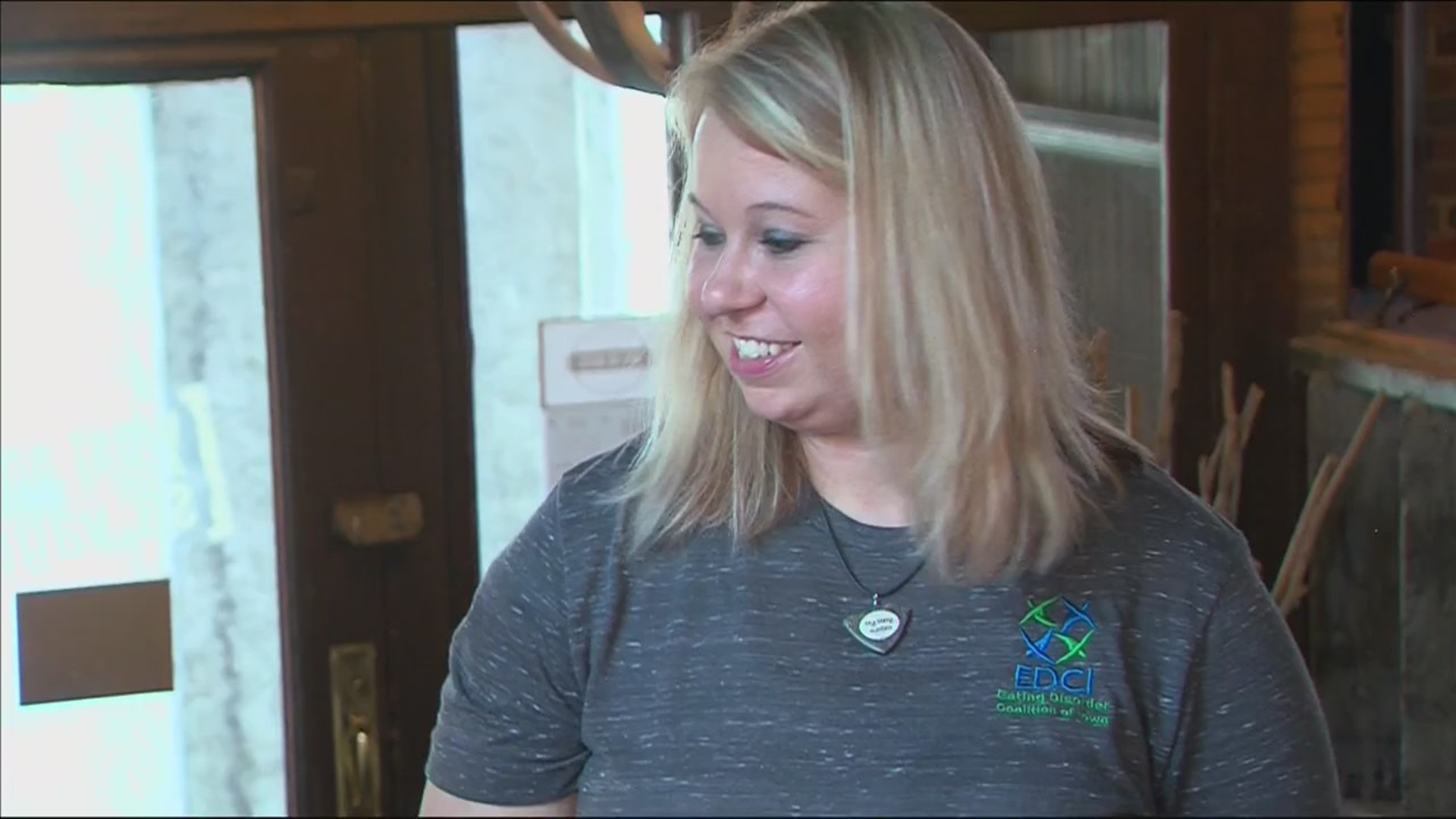 DES MOINES — Taking a personal situation that the world told you is shameful and turning it around, that takes a lot. Going one step further to reach out to help others who are in the mess you used to be in, that’s even more courageous. It makes Tiffany Van Zante this week’s Iowan To Know.

“Eating disorders have the highest mortality rate of any mental illness.”

When someone brings that up, there’s usually a silence in the room. But hundreds of people in central Iowa are recovering from it and they celebrated recently at the 10-year anniversary party of the Eating Disorders Coalition of Iowa.

“I kind of dabbled in it through high school and when I went to college it got pretty severe. I moved toward the bulimia side of things basically because it was something I could hide.”

Coalition board member Tiffany Van Zante knows the struggle because she lived it.

It all started with a dare at 13 years old with her middle school girlfriends in her hometown of Pella, to see who could go the longest without eating. Two of them wound up with lifelong eating disorders.

“Eating disorders in themselves are shameful, you feel guilty. Having had one myself, it took me years to even come out to my parents who I was very close to. It’s just something that’s very misunderstood like a lot of mental illness, depression, anxiety things of that sort.”

She says there’s limited mental health treatment available in Iowa and that awareness and acceptance of the problem is still an issue. She calls it an internal disease.

So the coalition is here to let people know they’re not alone and that help is available to get started.

“Anything we can do to let people know that we’re here and there are people who have recovered and are living lives, to have that freedom.”

For Tiffany, her bulimia was a battle she’s conquered for the past ten years. It’s changed her life and she wants others to feel that same joy.

“And now to be married and have three beautiful girls and to not have to worry about that and have that freedom and that hope. It’s worth it, it’s worth the hard work.”

Additionally, the number of men now seeking help is almost as many as women.

The best way to get hold of the Eating Disorders Coalition of Iowa is through their website.

All contact is confidential and they can even meet you at a place away from their office.