WAUKEE — We certainly have a lot of great teachers here in Iowa. One of the best primary school systems in the nation. But when you take all the great teachers ... 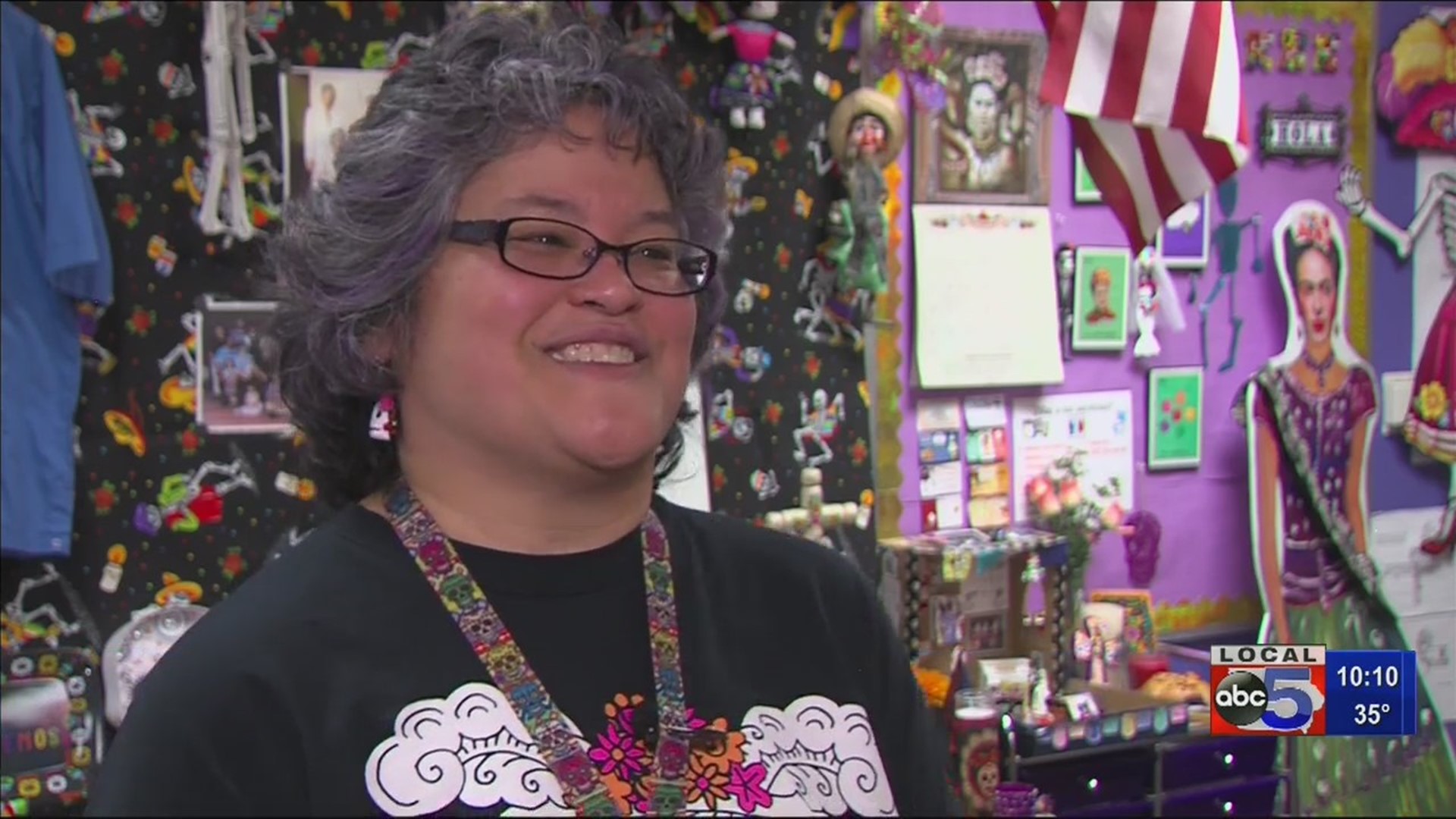 “My whole family speaks at least Spanish and French. Several people do some German, we have some Russian. Ya know, we got a lot of languages in my house,” Kerisa Baedke said.

That’s just the kind of home Kerisa Baedke grew up in here in Iowa.

A dad who was Jamaican and Chinese and a mom from Guam. Language was always at the center. Her mom encouraged her to make a life out of it with this advice.

“If you’re going to be marketable you should study both French and Spanish. And I took that to heart and eventually realized that as much as I love French, my true person I am inside is much more Latina.”

The best Latina teacher of Spanish in the nation at that.

A gym full of dancing kids might not look to you like a language class, but to Kerisa it does.

“The way we used to teach language it was all about the grammar, and it’s about your pronunciation. And we do that. But here we want to experience language, we want to use it to communicate. And if you learn language in isolation and you don’t understand the culture, then you’re just going to be a tourist when you travel to another place.”

Kerisa will do a little traveling herself come February, when the five national winners get together in Washington D.C. where one will be crowned National Teacher of the Year.

Kerisa is the first Iowan to ever be named one of the five national award winners.

If she prevails in February, there’ll be a nice little $25,000 bonus from the NEA as well.