The statue is in the U.S. Capitol, but some in Georgia's congressional delegation think Lewis would be a better option. 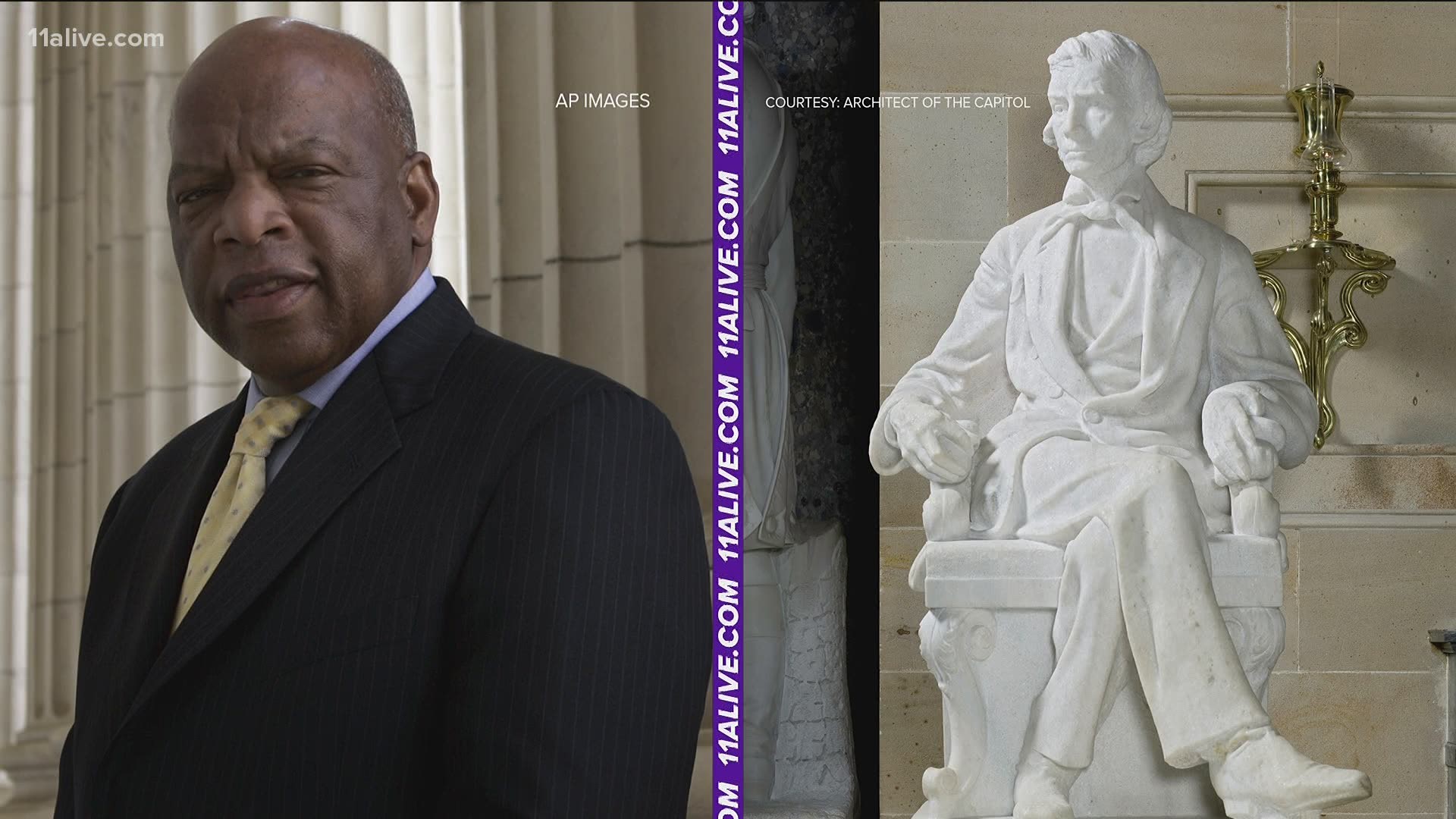 ATLANTA — There is a growing number of people calling to replace a statue of a Confederate leader from Georgia with one honoring the late congressman, John Lewis.

Each state can display two statues of notable residents in the United States Capitol. One of Georgia's inside the National Statuary Hall depicts governor and congressman Alexander Hamilton Stephens who also served as vice president of the Confederacy.

Now, members of Georgia's congressional delegation are asking for it to be replaced with one of the late John Lewis. Letters to Gov. Kemp, Lt. Gov. Jeff Duncan, and Georgia House Speaker David Ralston are asking them to approve the measure.

The lawmakers write there is no Georgian more worthy of this great honor than John Lewis, who symbolizes not only what Georgia once was but what it can and should be.