Returning to work? Here’s how to reduce pet separation anxiety

The Animal Rescue League of Iowa said they've had an increase in calls from people being proactive about finding ways to reduce their pet's separation anxiety. 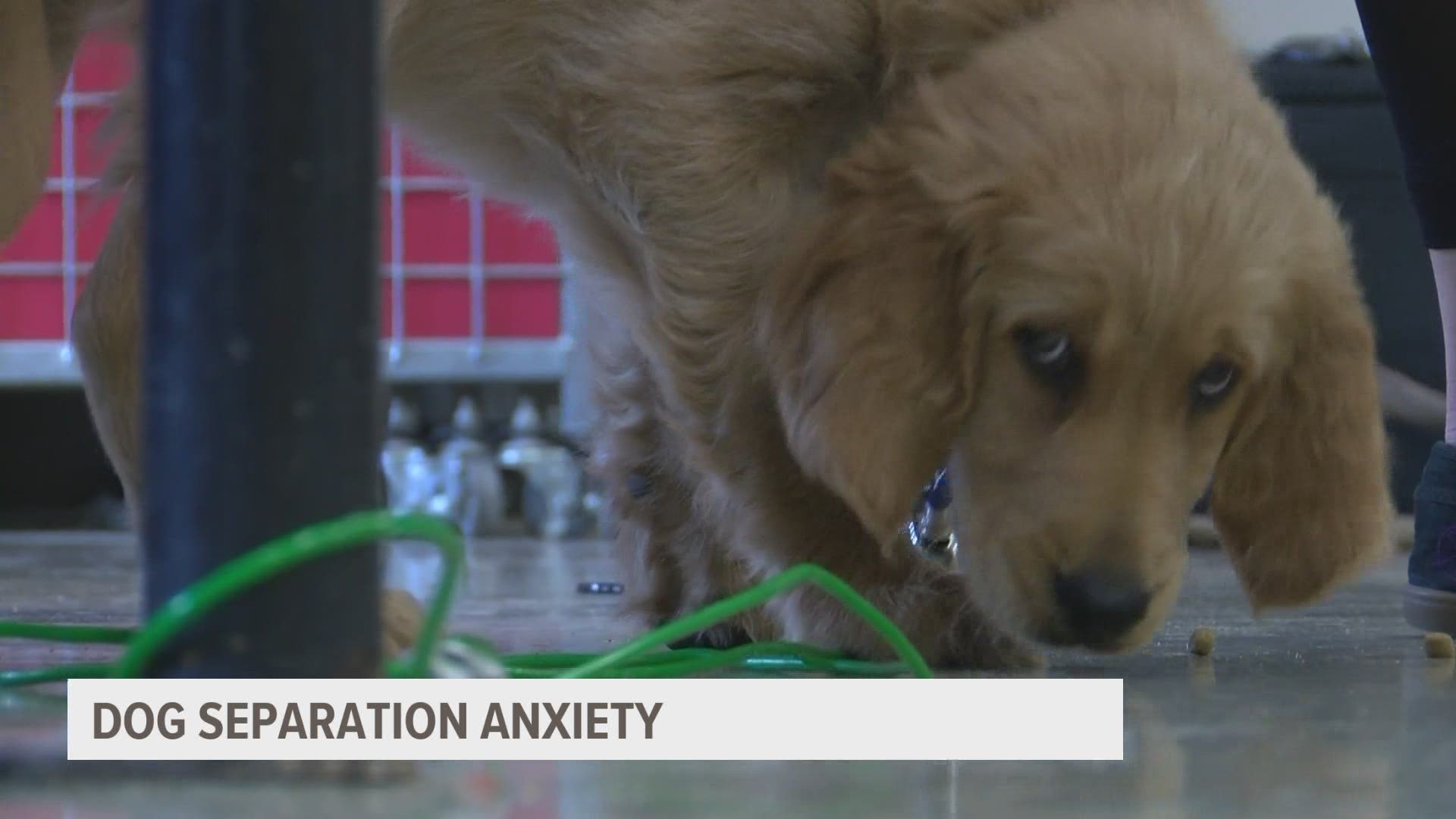 DES MOINES, Iowa — Many people bought or adopted dogs in 2020 while working from home, but now with returning to the office or going out more, those pets are spending more time home alone.

This led to more people calling the Animal Rescue League of Iowa asking about their classes and ways to help break or reduce separation anxiety the pets might have when the owner is gone.

Abby Block and Beau, her Labradoodle, attended one of the classes along with five other puppies and their owners who were working towards learning basic skills and commands.

"That way they can have a more meaningful relationship with them," Animal Behavior Specialist Kathryn Vry said. "If you're able to communicate with them and understand them on a mutual level, what you're asking of each other usually everything falls into place afterward with some work."

In addition to coming to the class to get Beau some skills that will be useful for him as he grows older, Block also came to get her dog comfortable with her not being around.

"He's really struggled with crying while I'm not home, so working on some of that separation anxiety and getting him socialized with other dogs is important," she said.

RELATED: Tips for dog behavioral issues amid the pandemic

RELATED: 4 questions to ask before purchasing a puppy from a breeder

Since her dog is so young, Block comes home during the day to check on him to make sure he is not overwhelmed being alone for too long.

Vry said if someone is not involved in taking training classes but still wants to break separation anxiety, try putting the dog in its crate for an hour at a time or in a different room from the owner.

This is to start easing the animal into the owner not always going to be there instead of just leaving immediately for hours at a time.

"It can cause stress," Vry said. "First and foremost that's going to be the biggest thing. The slow reintroduction into that schedule is going to help reduce stress, and the last thing that we want for these guys when we leave is to be stressed and scared of being alone."

Vry noted when trying to break separation anxiety, it's important to always remember to have patience.

To find out more about ARL's classes, click here.