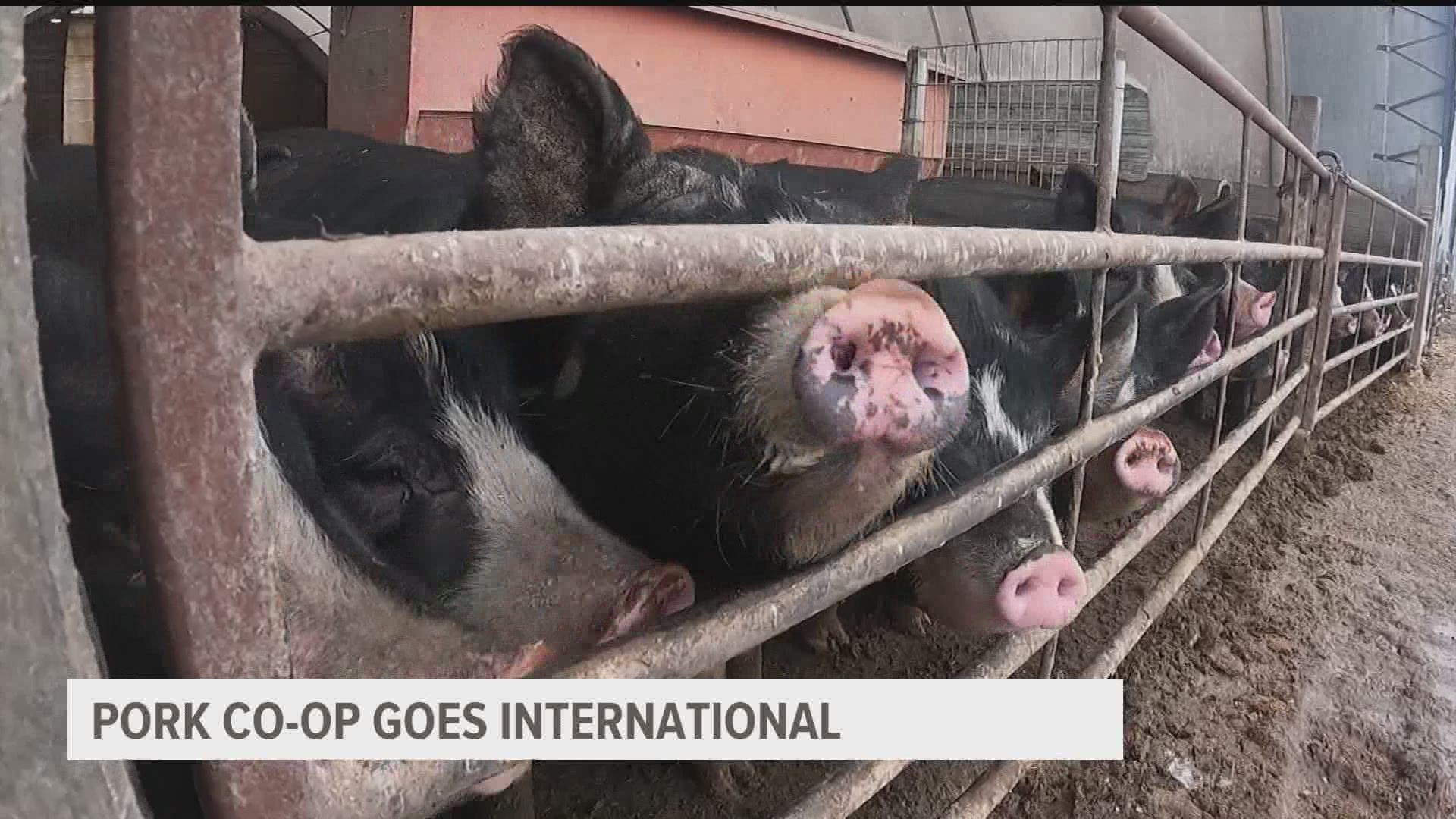 These days, his focus is Berkshire hogs, a heritage breed that produces high-quality pork products.

The demand for the specialty type of pork is growing, especially internationally.  That's where Hilleman and more than 80 other farmers come in.  With the help of the co-op Berkwood Farms, they're helping meet the demand.

"We realized there was an opportunity with the Japanese market, and their high regard for premium products," said Nick Jones, CEO of Berkwood Farms.

Over just a few years the farmers have been able to sell more and more product internationally.  About 15% of their business is overseas. Most of their products are going to high-end restaurants in Japan.

Alone, family farmers might have a hard time breaking into the Japanese market.

"It's unknown territory, and you're not sure who the right people are," said Jones.

But by joining together and partnering with local trade organizations and business development groups, the farmers have carved out a space.

And there are other projects on the horizon.  For example, the co-op will supply Berkshire pork to American athletes competing in the Olympics later this year.

There's also an Iowa-themed restaurant that's in the works that will feature not only local pork but also local beers and barbecue products.

"Words can't describe the feeling that we have," Jones said.

It's a similar sentiment for Hilleman, as he ponders what his grandfather and father would think of where he's taken the family business.

"He probably wouldn’t of though that we could have been doing that," he said.