Vincent Williams is one of five people set to complete the Freedom Construction Services program in October. 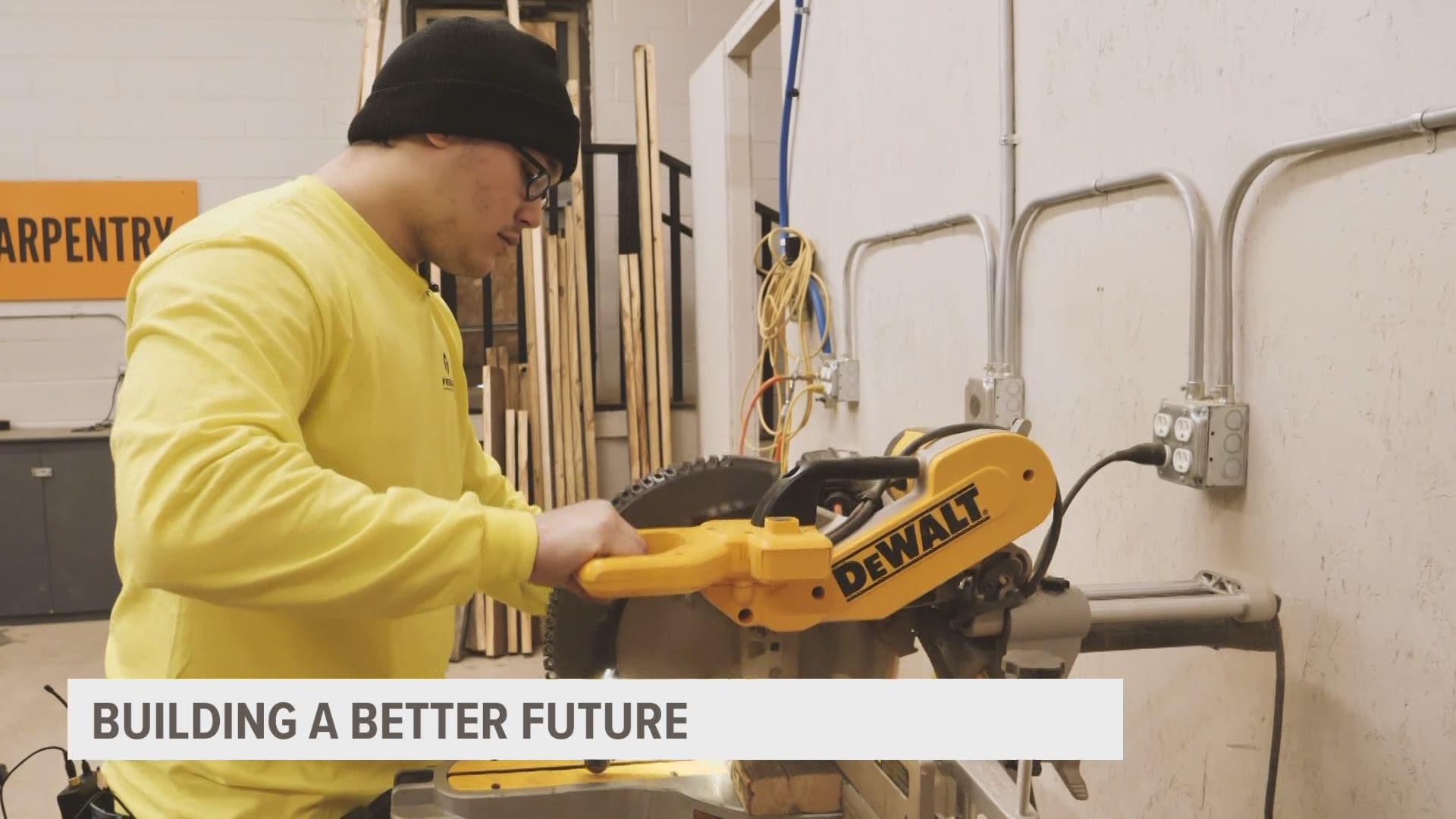 DES MOINES, Iowa — Iowa has seen a shortage in skilled workers for years, but a new faith-based program in Des Moines is stepping in to help fill those jobs with young people eager to start their career in the trades industry.

23-year-old Vincent Williams is one of five students set to complete the Freedom Construction Services program through Freedom For Youth Ministries in October.

The group's current project is bringing new life to lumber salvaged from a recent apartment fire.

And Williams is quite proud of his work.

"The sense of accomplishment is ridiculous," he said. "Like I honestly did not think it would look like this at all ... I thought I would mess it way up."

Luckily, he's got the right tools and instruction guiding him through a future career in the trades industry

"For many it is the first opportunity they've had to really see what the trades are all about and how to use tools safely and correctly," Freedom for Youth Executive Director Mark Nelson said.

With funding help from partners like Variety — The Children's Charity, Williams is part of the inaugural class for the construction group on the north side of Des Moines, with the core focus of teaching life skills vital for a successful career in construction: budgeting, finances, taxes and more.

"After three months they will go out in the field and they will working on jobs," Nelson added. "And that's when we really get to stress work ethic and be able to engrain in them that they have to show up to work on time, they have to work hard and obey authority."

RELATED: What is a non-renewal insurance notice and why do Iowa homeowners get them?

It's helping all the students learn: you're never too old to learn something new.

"The amount of perfection, the math, the precision you have to use towards it, you'd never guess someone in the trades would use so much math," Williams said.

"I never knew that."

High school kids pay attention in school, Williams added that you should stick with mathematics "at least [through] Algebra II" because there's no better feeling than realizing what you're capable of

"At the end of the day I go home feeling tired and dirty and it's a sense of 'I did work today,'" he said. "So, it feels good."

Williams told Local 5 he and the guys are already being recruited by contractors for work once they're done with the program.

Watch: Lustron homes were a thing of the future, but became a part of the past