The brand new, 93,000 square-foot store is the largest in Hy-Vee's arsenal of Midwest stores, and it's modeled after what customers want. 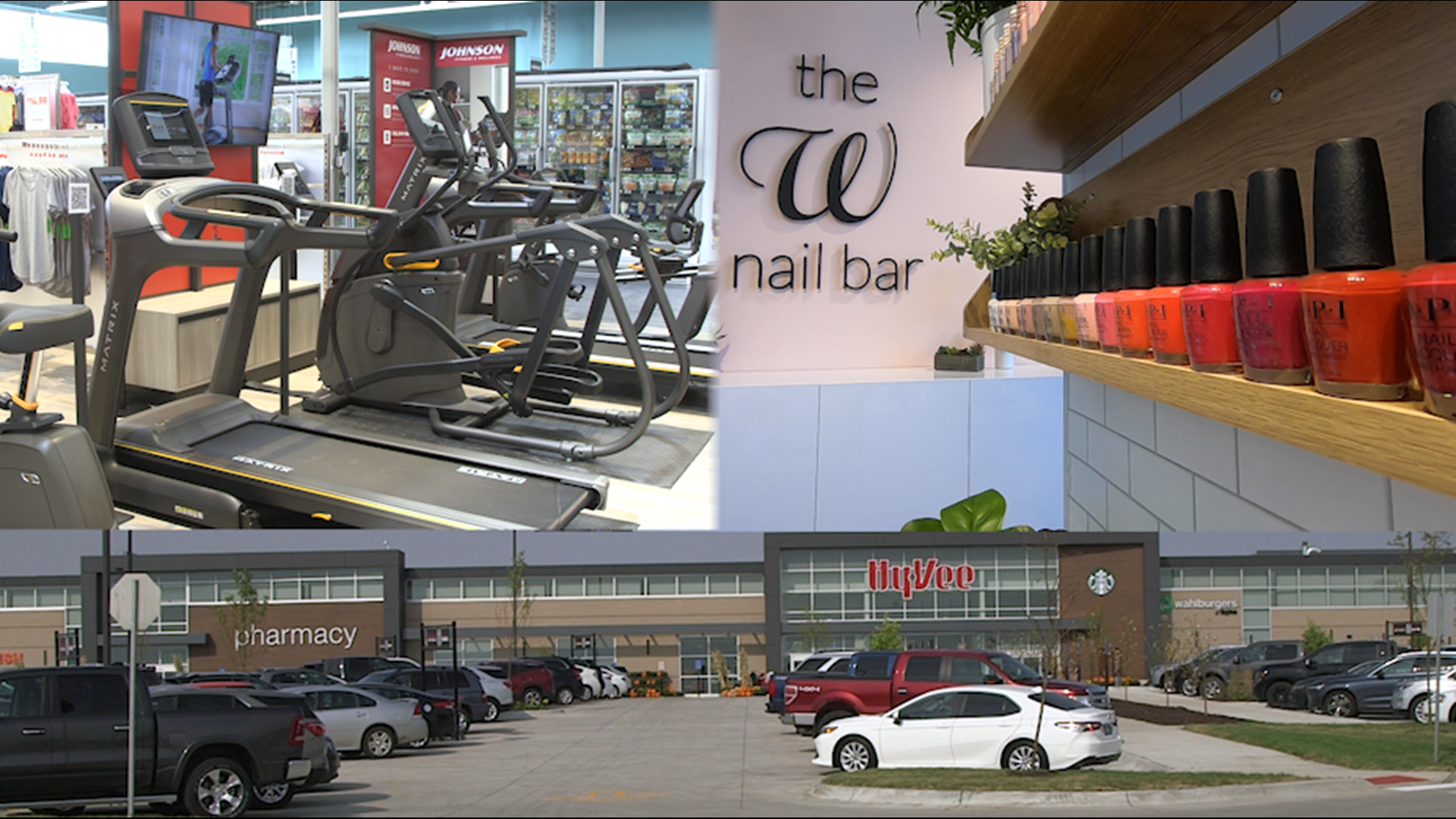 GRIMES, Iowa — Produce, paper towels and pharmaceuticals are things most shoppers would expect to see at their local Hy-Vee grocery store, but what about a nail salon, DSW shoe store or workout showroom?

It's the future of Hy-Vee that opened in Grimes on Tuesday. The brand new, 93,000 square-foot store is the largest in Hy-Vee's arsenal of Midwest stores, and CEO Randy Edeker says it's modeled after what customers want.

"We follow the lifestyles of the customer. Where are the customers going? What do they need?" said Edeker. "How do we make their life easier, healthier and happier?"

Well, one way is to include the Hy-Vee basics, such as a full-service bakery, meat counter and deli. On top of that, the new Grimes location also offers its customers DSW brand shoes, Joe Fresh clothing line, The W Nail bar, a candy shop and more.

"Now more than ever before— experimentation is key," Edeker said.

That experimentation includes a more digital experience. Get this— customers don't even have to scan items at a register or self-checkout. If they're in a hurry, they can scan items on their phone, then stop by a QR code "Scan and Go" station on their way out of the store to finalize their order.

The variety of products and shopping options is a far cry from the Hy-Vee stores from the 1950s and 60s, which primarily sold food.

Dave Swenson, an economics professor at Iowa State University, said Hy-Vee's futuristic changes are something that many similar stores make to keep up with evolving market trends, which includes plenty of research.

He adds that in order to stay competitive and make more money, stores need to diversify their offerings.

"What they want to do over the course of your experience in the store is get as much money out of you as they can," Swenson said about stores. "And to do that, they have to offer you more things than just food."

Edeker agreed with that idea.

"I mean, if you think about who our biggest competitors are right now, it's Walmart, Target, Amazon. And then on the other end of that, it's Dollar General," Edeker said. "There’s 17,000 Dollar General stores. So [we] have big low price signs because we have to be focused on deals for the customers also. It’s not just about special and unique things."