The general manager at Giordano's in West Des Moines says short staffing has become more of a problem towards the end of the pandemic. 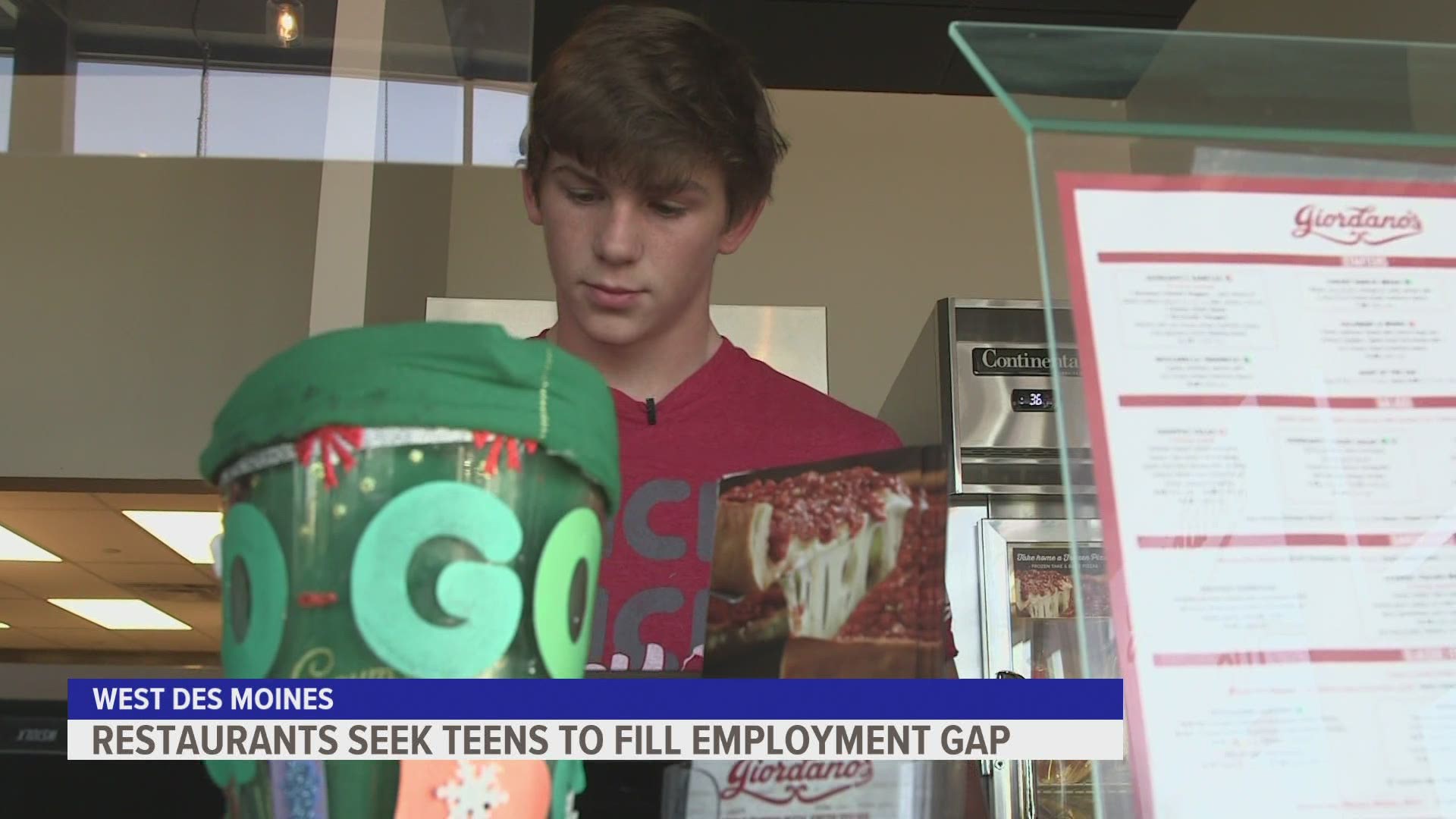 WEST DES MOINES, Iowa — Carter Lane takes pride in his job at Giordano's. The 18-year-old has been taking to-go orders and greeting customers at the pizzeria since August of last year.

"I love working here," said Lane. "They’re super flexible here. The managers here are super cool— some of the coolest people I’ve ever worked with."

One of Lane's "super cool" managers, Jeff Duncan, just wishes there were a lot more people like him to fill his open positions.

"We have opportunities for young people, and even more so now," said Duncan. "Hopefully we can draw some people back into our industry that we feel we lost during the pandemic."

Duncan joins restaurant employers across Iowa who are struggling with low staff numbers. He says the staff shortage has gotten worse towards the end of the pandemic. Now, he's hoping teenagers eager to join the workforce will consider his restaurant.

RELATED: Restaurant patrons are coming back, but what about employees?

"Once you get a few in here, they start telling their friends to come out and tell them how great the money is and the atmosphere," said Duncan.

He's also offering referral bonuses. If a referral stays longer than 90 days, the person who recruited them gets a financial bonus.

Teens are coming back to the workforce after the lowest summer employment numbers since the great recession. In 2019, 34% of employed teenagers worked in the foodservice industry. Jessica Dunker, president of the Iowa Restaurant Association, says it's been pretty steady since.

"We’re employing more teens now than we have in previous years," said Dunker. "In fact, it’s been on a steady increase since about 2010. We’ve been slowly coming back."

However, Dunker urges patrons to have patience. As adults trickle back into the industry, teens are being tasked with more than usual.

"We do have so many first-time workers in our industry," she said. "We need people so badly that right now we’re stretching our teen employees, too, to do things that may be at a training pace we wouldn’t have started them doing."

"When I first started jobs, you know when I was younger, it was kind of hard to talk to people," he said. "But ever since then, I love having conversations with people, meeting new people."