Exile Brewing Company in Des Moines is getting ready to ship product to Japan for the first time. 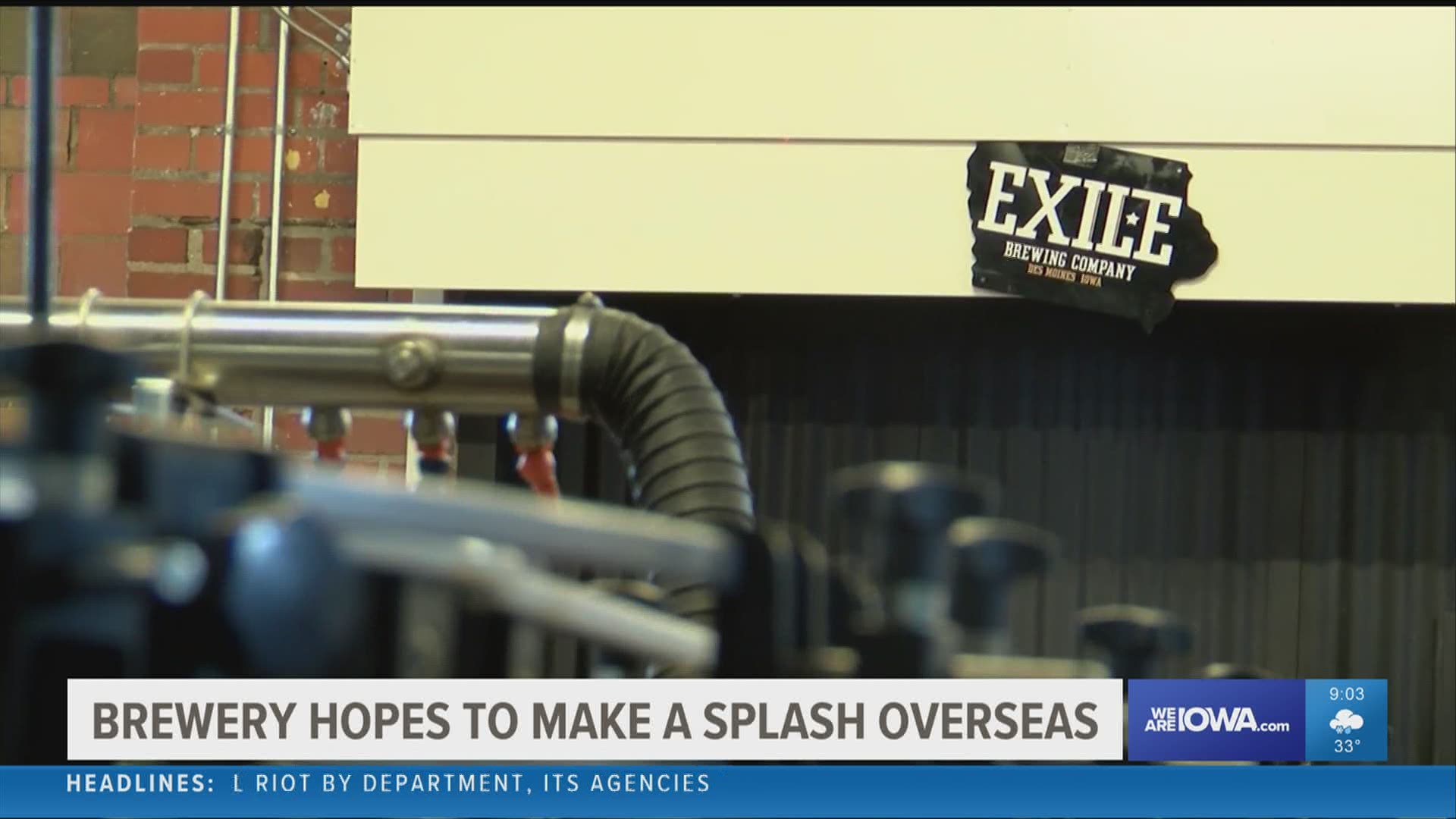 DES MOINES, Iowa — Expanding a small business can be tough, but expanding internationally can be even tougher.  Now, Exile Brewing Company, a brewery in Des Moines, is getting ready to take that step.

"When we were making our annual business plan a few years ago, nowhere on there was "Break into Japan,'" said R.J. Tursi, founder and owner of Exile Brewing Company.

The idea came along last year when a restaurant owner in Japan, who is working on an Iowa-themed restaurant reached out to Tursi.

"The next thing you know we’re trying to line up what lines do you want, how do we ship it over, what’s going on," he said.

The deal almost fell through when the pandemic seemed to bring everything to a halt. Eventually though, the two business owners reconnected.

"That was always something that we kicked around and mostly just fanaticized about," Tursi said.

But fantasy and reality can be miles apart.

"It’s easy to say I want to enter into markets, but what does that entail exactly. Specific markets have specific restrictions and specific limitations," said Kanan Kappelman from the Iowa Economic Development Authority, an organization that helps businesses grow.

To ease some of the logistical challenges that come with sending kegs overseas, the brewery is working with Berkwood Farms, a pork farm co-op that's helping local Berkshire pork farmers get their product into the Japanese market as well.

Once Exile Brewery's products gets to Japan, it will be the brewery's third market after Iowa and Illinois.