Since last summer, Custom Upholstery has seen an increase in inquiries and customers, and currently, are backed up for four months. 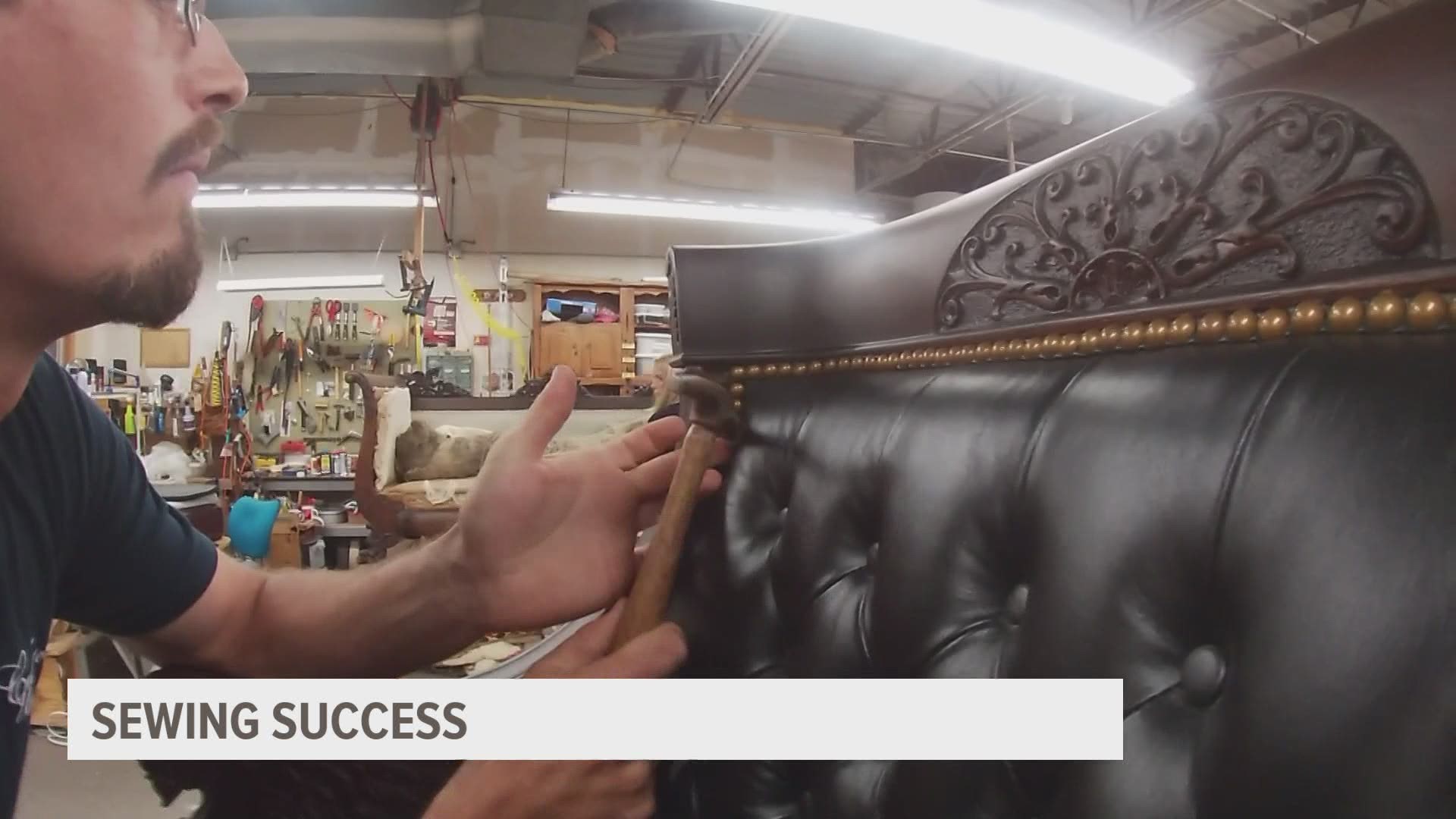 DES MOINES, Iowa — Disruption in the supply chain has caused months of delays for shoppers when it comes to receiving new furniture.

Tom Warren, the upholster at Custom Upholstery, said issues like that are partly why he believes his shop is doing good and what's helped the company.

However, it's not how he expected things to go last year at the beginning of the pandemic.

"It was a little worrisome, of course," Warren said. "You didn't know how it was going to turn out."

He noted the worrying was for nothing.

"Work never really slowed down," Warren said. "If anything it got a little steadier at least with inquires. We can only do so much."

By a little steadier, he means the company had a lot of clients' orders to work on but they are four months backed up, meaning the shop is having a busy season.

"If you're going to have a problem that's a good one to have," Warren said.

Part of the uptick in business is because a lot of people have been at home, looking at furniture they may not like.

But another reason has to deal with manufacturers having a hard time delivering new furniture, or getting foam required for shipping.

Warren said his company does not reupholster just couches and chairs, but also work on pillows, benches and outdoor patio furniture.

"We take about four days to reupholster a sofa," he said. "That's giving us time for something to happen in the middle of it, but we like to have it no longer than a week."

Though employees are busier than usual, Warren said it's something they are lucky to experience.