Meet the new owner of Eden in downtown Des Moines

Hannah Krause used to work at Eden part time. But now, she's taking over as the shop's owner. 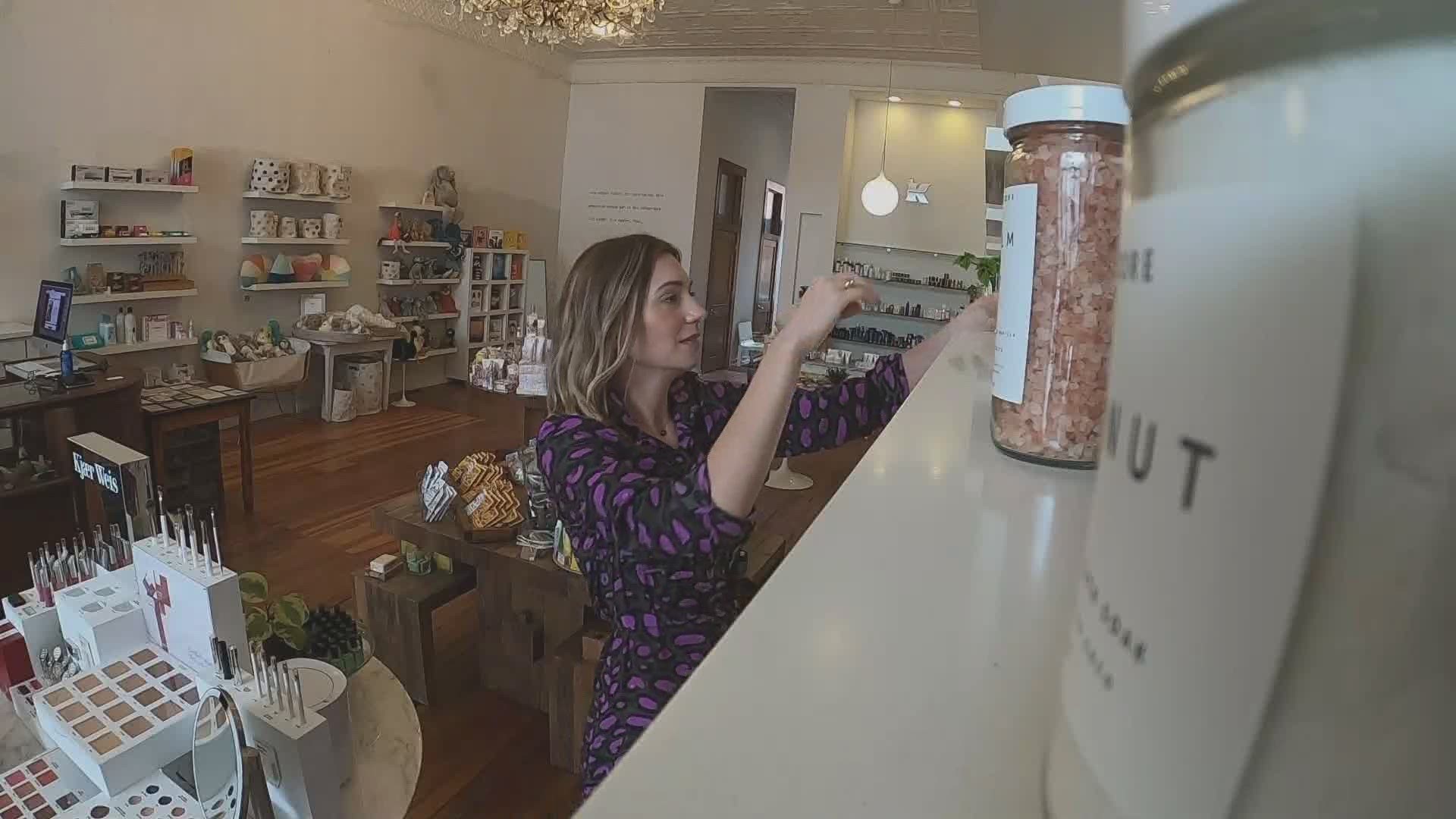 It's the end of an era, but the beginning of a new one.

Eden, an apothecary in Des Moines, is changing hands.

For 17 years, it has sat in the epicenter of the East Village.

Founder Jen Hansen passed away in 2017 after a years-long battle with cancer. Her husband John has been handling the shop sinc ethen.

But now, Eden has been passed into the hands of Hannah Krause.

"I've joked that Eden was the first friend I made when I moved here," Krause said. "Which sounds sad, but it's true."

Krause previously worked at the shop part-time, has now taken over as the shop's new owner.

"I have no illusions that I will be able to re-create Jen's magic," Krause said. "Burt I do intend, to the best of my ability, really root the future of Eden and plan to evolve this shop in a way that honors Jen."

With a fresh website offering a way for customers to shop online, Krause believes there is growth and expansion on the horizon.

"This opportunity has really made me wake up and realize that in the communities where we live, it's important to us that we have thriving, small local business to frequent and show off to our friends," Krause said. "We have to be in support of them right now."

And she's eager to help you find just what you're looking for.

Eden is located at E 6th Avenue and E Grand Avenue in Des Moines and is open Monday-Saturday from 10 a.m.- 4 p.m.