'He made his mark on this Earth with this tiny restaurant': Fat Tuesday closing after 12 years

The Cajun restaurant on the south side of Des Moines is closing due to staffing shortages, owner's health struggles. 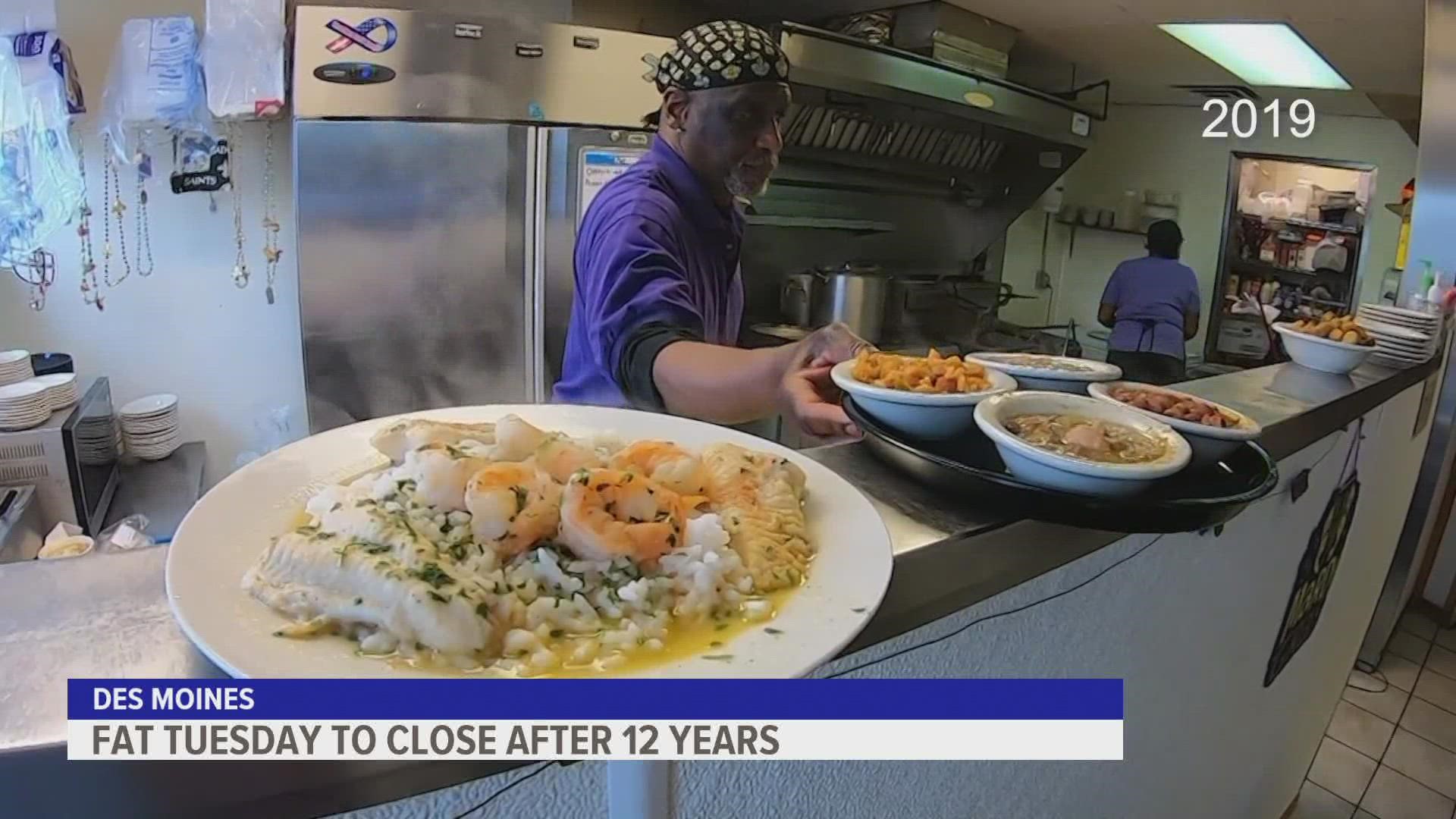 DES MOINES, Iowa — A popular Cajun restaurant on the southside of Des Moines will close its doors Sept. 30. The owners of Fat Tuesday, Steven and Maria James, said it's due to Steven's health issues and COVID-related staffing shortages.

Maria never thought she'd end up running a Cajun restaurant. After all, she grew up in northwest Iowa. But then she met her husband, Steven.

Steven, who's from the 9th Ward of New Orleans, hooked Maria on his hometown's flavor-filled cooking.

Steven turned his passion for serving up comfort food into a successful catering business in the early 2000s, calling it Fat Tuesday.  As Iowans clamored for more of his Southern cooking, he opened a restaurant under the same name on Des Moines' southside in 2008.

For more than a decade, Fat Tuesday has been the center of family celebrations, music, and meaningful conversations. Steven took it upon himself to mentor young people in the community.

"Steven’s been influential to young people, minorities that want to start their own business to see that yes, it can be done," Maria said. "He’s worked seven days a week for the last 12 years to try and establish this."

RELATED: Pop-up restaurants may stick around as COVID sees resurgence

But as the business continued to grow, the couple hit a bump in the road in 2016. Steven was diagnosed with colon cancer. After successful treatments, he got back to work, but then the cancer metastasized to his liver.

"He got through all that, bounced through that, got back to work and then some complications happened from the treatments," Maria said.

By the time complications came, COVID had hit. With Steven gone, and workers hard to come by, the restaurant struggled.

The James family decided they had to shut the restaurant down. While there's disappointment, Maria says there are no regrets.

"He made his mark on this Earth with this tiny restaurant on the southside in Des Moines, Iowa," Maria said.

It is with a sad heart that I have to announce the closing of Fat Tuesday on Thursday, September 30 after 12 years....