“We breathe life into old things," owner Mike Sell said. "And that’s kind of what we did to the store." 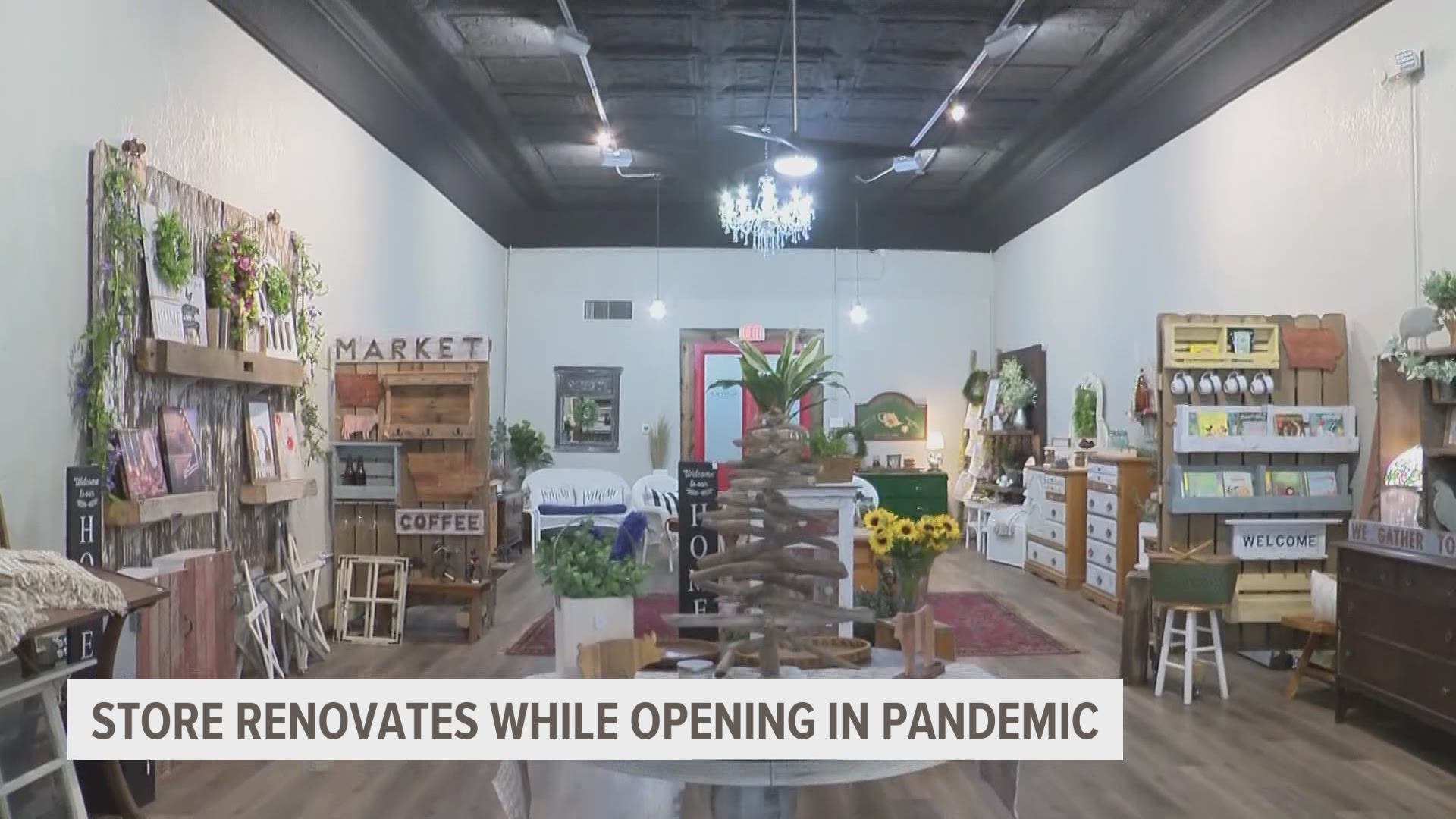 NEWTON, Iowa — Farmhouse Creations, in Newton, is a new store on the square.

Before he decided to open, he upcycled the building, giving life to his motto.

“We breathe life into old things," Sell said. "And that’s kind of what we did to the store."

The renovations cost him $50,000. Spending that much money put the fear of the pandemic in his mind.

“Of course, with the pandemic changing, sometimes daily, we didn’t know if anyone was going to be able to go out or if we were even going to be allowed to be open," he said.

However, local vendors wanted in on what Sell had to offer, including a 14-year-old boy that makes custom wooden flags.

"He came to me and said, ‘Is this something you would consider putting in your store?’ I said, ‘Absolutely.'"

His love for upcycled items started as a hobby. Soon, it grew into a passion.

“Based on what has happened during the pandemic I think we’re going to do very well," Sell said.