Owners are trying to avoid passing rising costs onto diners. 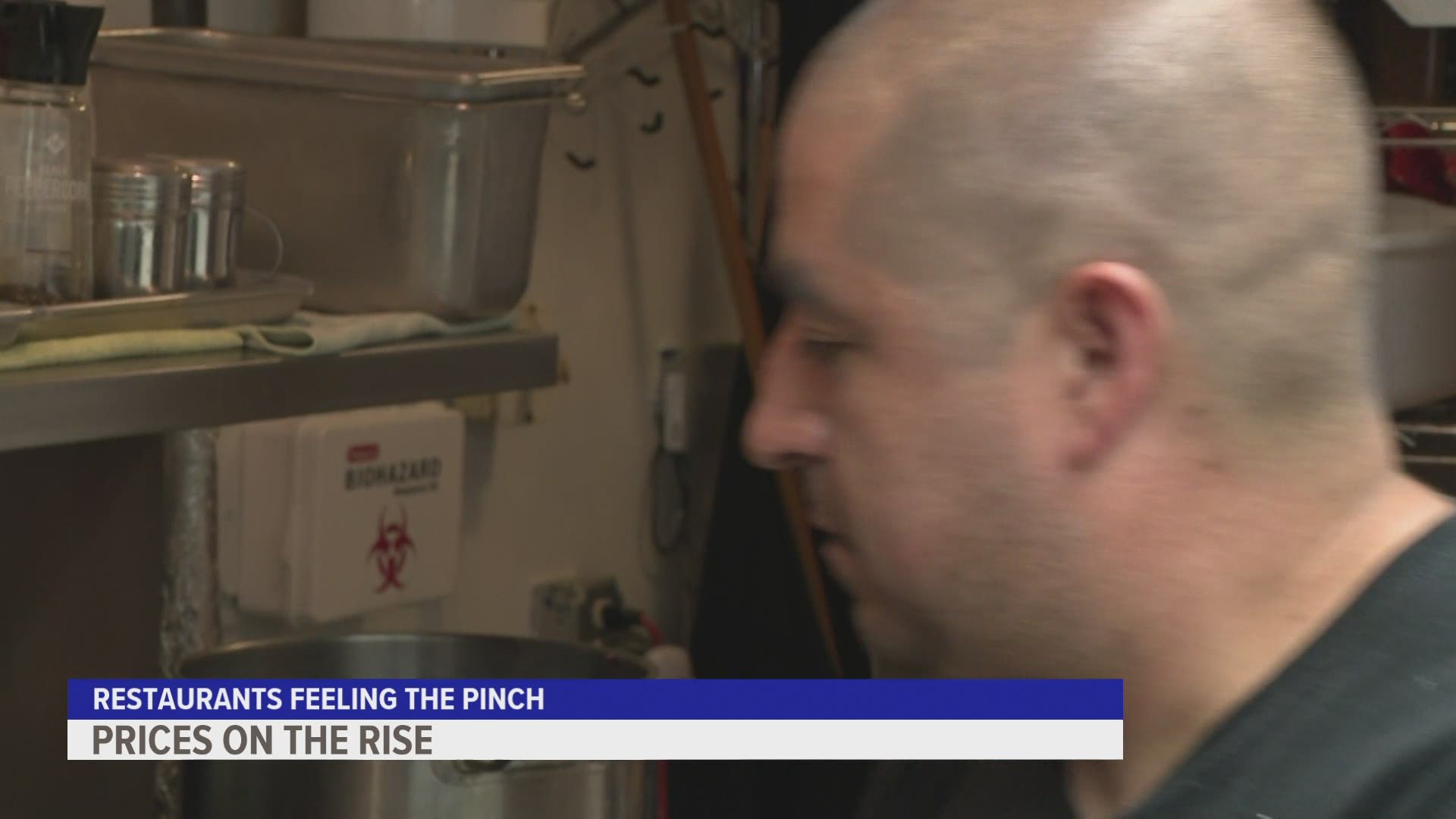 JOHNSTON, Iowa — It's been a hard year and a half for restaurant owners dealing with the pandemic. And now rising food prices are weighing on them as they try to figure out how to give customers a bargain and protect their margins.

Flame the Taqueria owner Arturo Mora says everything from cooking oil to cheese is more expensive. Add in a labor shortage, and it's really hard to turn a profit these days.

He said, "You have to remember, we are selling tacos. You can only so charge so much for a taco. It's not like we are selling filet mignon. But a lot of the ingredients are just as expensive."

Also in Johnston, the owners of Charlotte's Kitchen had an eye-opening year. They opened their drive-through earlier this year, and since the initial food pricing in January, they've had a big shock.

Co-owner Michael Hanstad said "since then our oil jugs have doubled in costs and our chicken has gone up by 20 to 25 dollars a case. So it's insane how quickly it shot up."

Both Hanstad and Mora say they don't want to pass these expenses on to customers, but they may have no choice if they want to stay in business. Both expect any changes to be gradual. Mora said "We are going to pick some items that we are going to have to raise it based on not being able to find it and it costs us a lot more. We aren't going to raise all our prices but we have to have some balance."

And both Mora and Hanstad hope you'll support the small businesses that you love because they want to stay open and continue to serve you.