Risk Rating 2.0, FEMA's new flood risk assessment methodology, is widely considered to be fairer and will lead to rate changes for most customers. 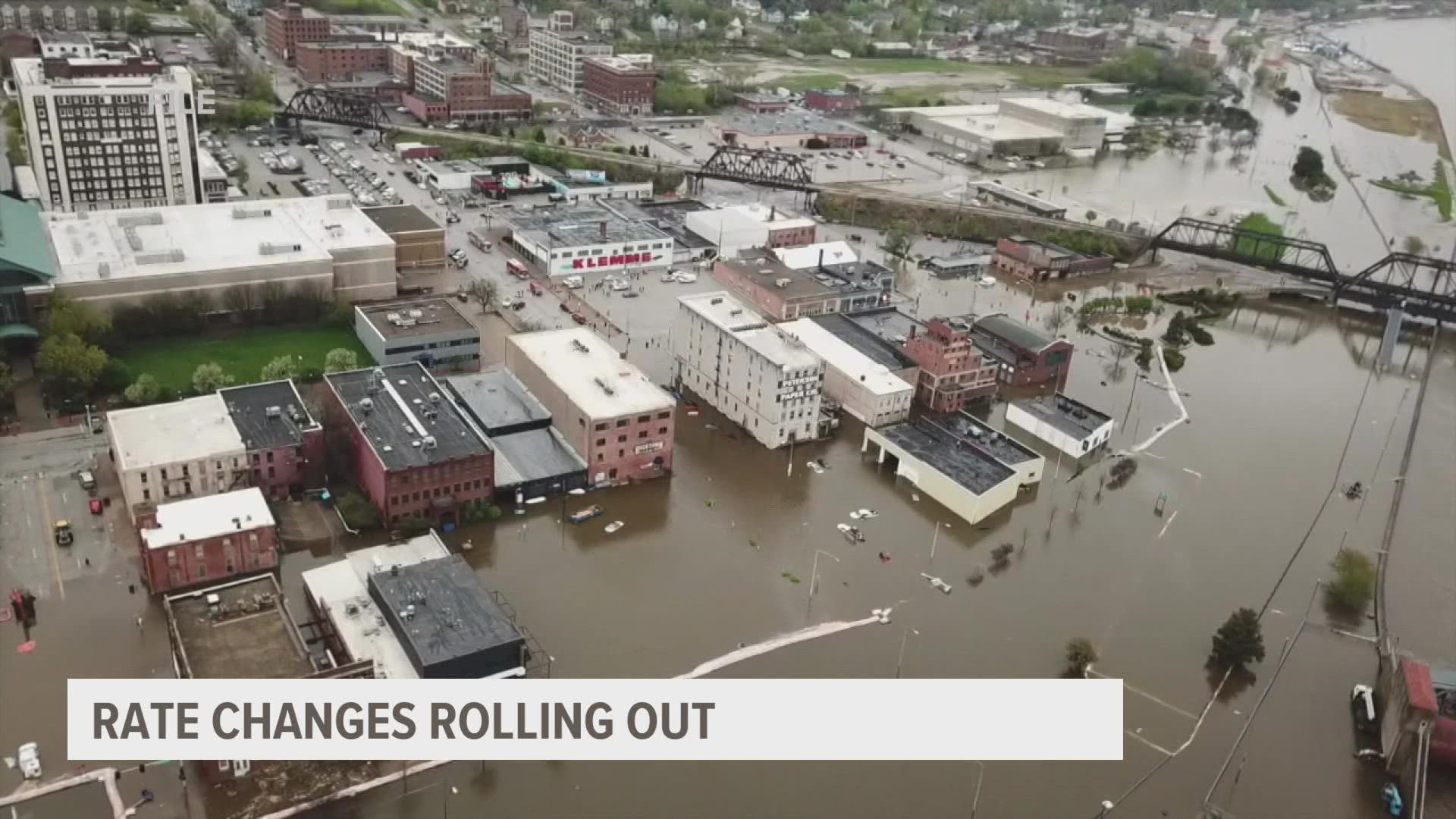 DES MOINES, Iowa — Iowans are no strangers to flooding and the costly damage those floods can leave behind.

When it comes to financial protection against flood damage, there are few things consumers should know.

First, homeowner's insurance likely doesn't protect you from the type of flood damage that's a result of a natural disaster.

"The particular localized downpour can actually create flooding circumstances which is not covered under some of the traditional homeowner's coverages," said Ommen.

To be covered, property owners need a separate flood insurance policy.  For most, that's only available through the National Flood Insurance Program. Right now, only about 2% of Iowans actually have that coverage.

For years, how much consumers pay was based largely on simply what zone their property was in

"Looking at that, that's not really a very fair or accurate way of rating. It penalizes some people, [They're] paying too much for insurance," said Mark Friedlander, spokesman for the Insurance Information Institute.

Now, that rating system is changing.  As of October, rates for new policies will be based, in part, on an individual property's risk and value.

The same methodology will be used for renewals starting in April of 2022.

"That's important because many people think, 'I'm going to be hit with a rate change right away, and I'm going to see an increase in my next bill next month.' Well, that's not how it works," said Friedlander.

According to FEMA, it will lead to rate changes. In Iowa, most consumers will end up paying more.  Here are FEMA's estimates:

WATCH | Where does the Beaverdale neighborhood flood mitigation project stand?