The 16-acre facility has 16 new buildings and consolidates several of the departments that keep the airport running smoothly behind the scenes. 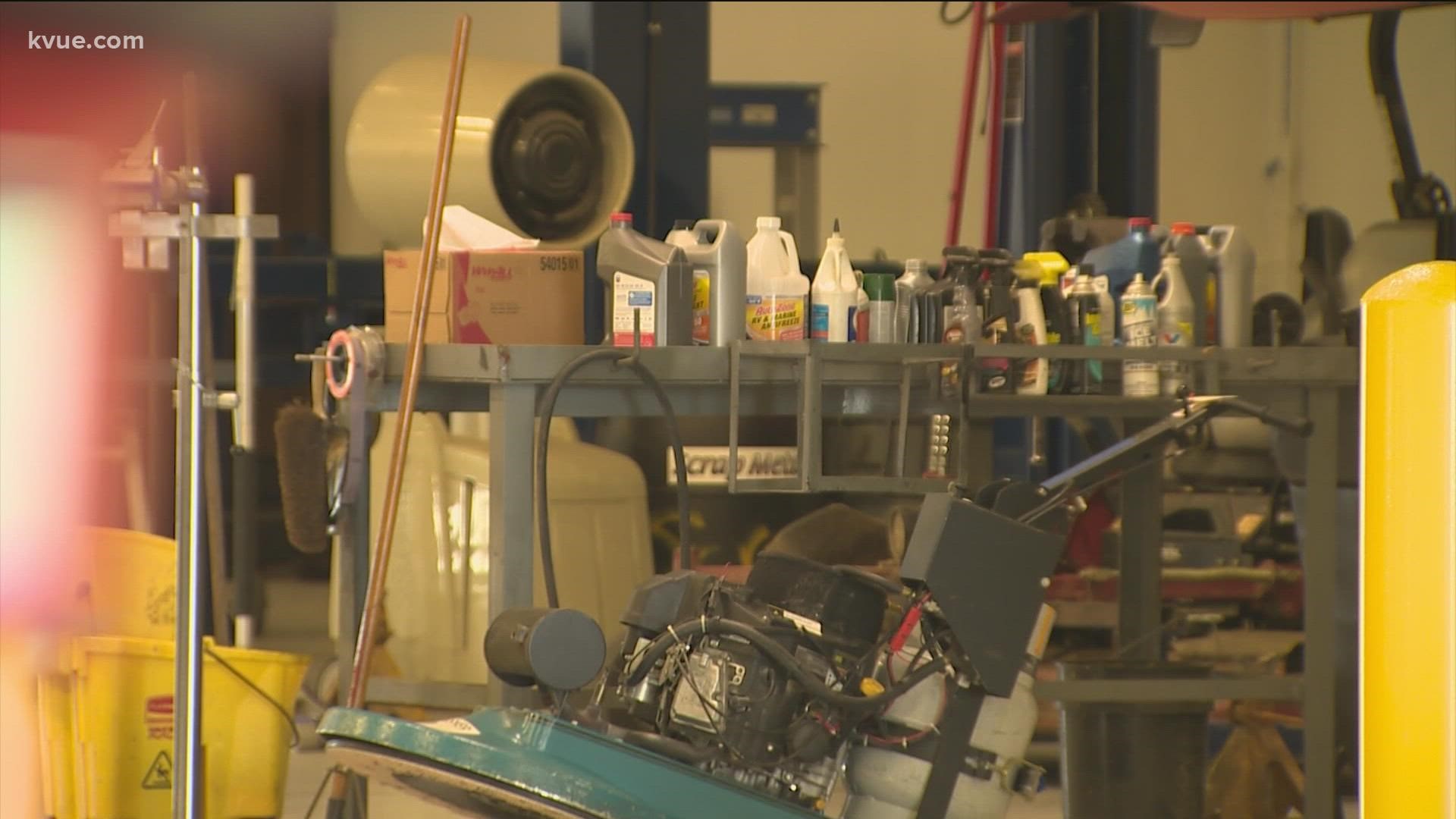 AUSTIN, Texas — Growth is taking shape in a big way behind the scenes at Austin’s airport (AUS).

A two-year, $62.6 million construction project is wrapping up and bringing together several of the departments that keep airport operations running smoothly.

“It creates efficiency for the airport. They've got everybody reporting to one area. They're able to keep track of their different divisions. They can plan and coordinate it accordingly amongst themselves, all from one area,” said Lance Bonderer, the superintendent for JE Dunn Construction, the company that led the project.

The facility is one piece of the airport’s 20-year plan for growth. It is located in an area that will make room for future expanded flight operations from Austin’s airport, an airport official told KVUE.

Some of the unique features include overnight bunks for staff to stay in during emergencies, office space with room for expansion and holding rooms if needed by police when someone is taken into custody. There’s also an outdoor area for the police K9s to play.

“The popularity of this airport and just the growth of the city, I know that the city and the airport are trying to expand in order to stay ahead of the, you know, the populous that's growing here,” Bonderer said. “They want to make sure that the airport is functional.”

Project leaders had to deal with the impacts of the COVID-19 pandemic throughout the course of construction. While it didn’t delay construction, it did change how the project ran as they implemented safety precautions in line with city, state and national restrictions.

Departments started moving into the new area, located off Golf Course Road, a few months ago. The final departments from APD are expected to move in Monday.

The airport in September is planning to move forward with the federal environmental approval process for the next phase of the 2040 Master Plan, which includes a new midfield concourse and two new taxiways.

The expansion is driven by passenger and airline growth in Austin. Data shows that 2019 was a record-breaking year at AUS, and this summer is on track to meet or surpass the passenger travel levels of that summer.

A move-in disaster: UT students concerned for their safety at The Standard apartments