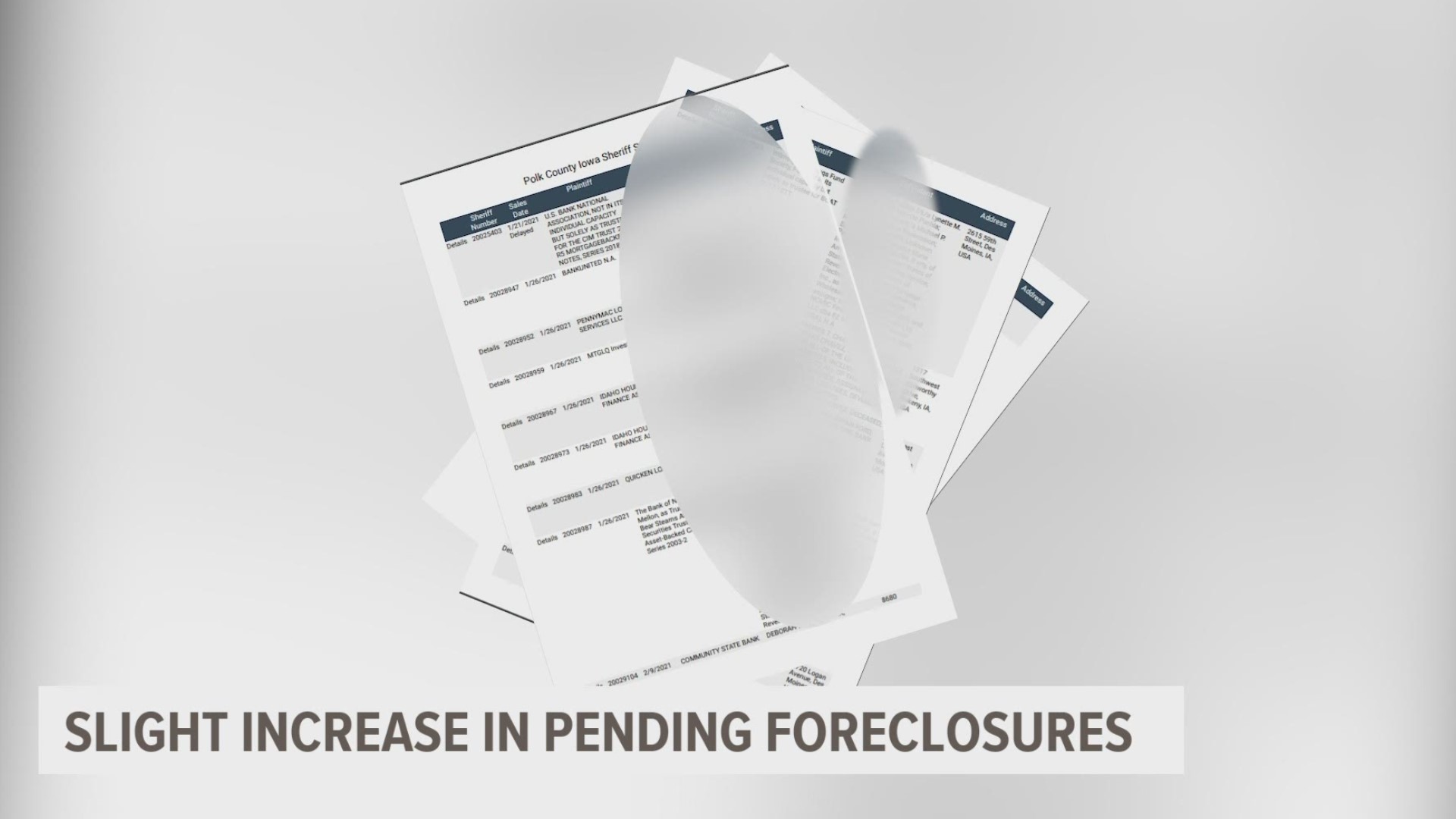 DES MOINES, Iowa — While certain moratoriums on government-backed home mortgages have been extended through February, according to two foreclosure attorneys in central Iowa, protection for some non-government backed mortgages have ended.

That has led to a slight increase in pending foreclosures coming across their desks.

"I would say that we've seen a solid ten to twenty percent increase here in our office," Sam Marks said.

Marks is an attorney at Marks Law Firm.

"Now we're starting to see in our dockets here in Polk County, to use as an example, those cases starting to come back alive again and pushed towards a foreclosure decree," Marks said.

Real estate agent Joe Henry said if the increase in pending foreclosures turns into actual foreclosures, he does not believe the new amount of houses that would enter the housing market would impact things too much.

"It'll be a long time coming before it switches to a buyer's market," Henry said. "We only have in Des Moines 396 homes for sale, and that includes homes that are above $300,000."

However, Henry noted some of the houses marked as pending foreclosure are lower-priced homes, so if they do get foreclosed on and head to the market, it will lead to some buyers being able to enter into homeownership for the first time.

Mark Critelli of the Critelli Law Firm is also noticing an uptick in pending foreclosures, but said there are ways to slow that process down.

"Through negotiations and legal proceedings we're able to actually extend foreclosures about six months, nine months even a year or so," Critelli said.

"You just have to be willing to fight."

Marks expects to see more pending foreclosures as the months go on. However, he does not think it will result in a housing market similar to the one in 2008.