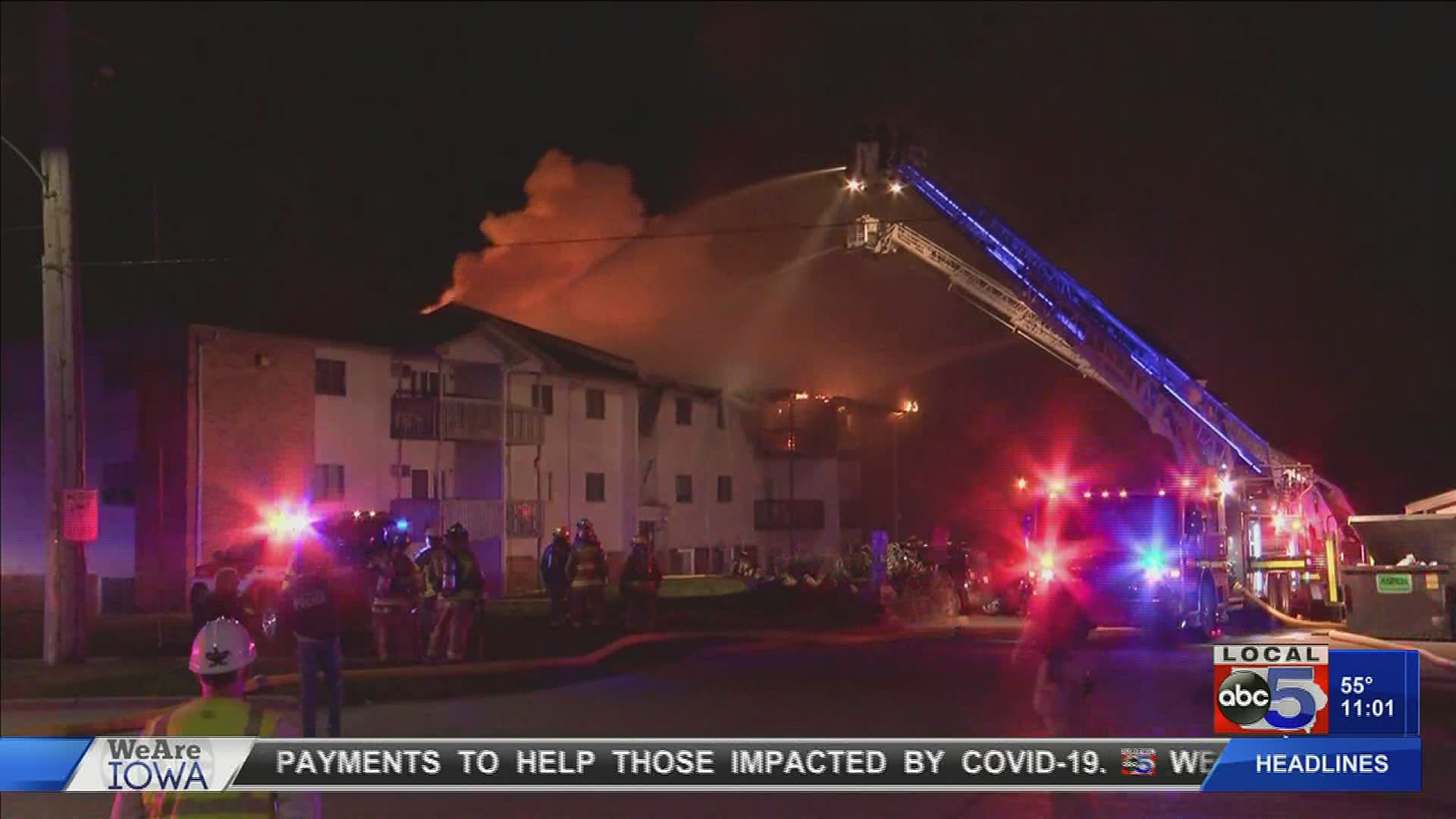 Officials say the call came in around 1:30 this morning about a grease fire in the 700 block of Pleasant Hill Boulevard. People were on the balcony yelling for help when officers arrived on scene. However, all residents were able to get out safely.

We spoke with Montae Love, the man who accidentally started the fire, says he was making a late night snack when he noticed it was a little warmer in the kitchen.

"I looked up, and here's some flame starting above the microwave, and I go to fan them out. And it spreads across the ceiling, the ceiling kind of popped. And then, next thing you know, my apartments engulfed in smoke and you know instant reaction was get my son and try to alert as many people as I can," Love explained.

"The first officer that arrived on scene says the joining apartments there were people on the balcony and they were able to get off," said Sgt. James Grimes with the Pleasant Hill Police Department. "People-wise, I'm not sure, but there are 23 or 24 apartments in the building."

Stay tuned with Local 5 for the latest updates on this story.