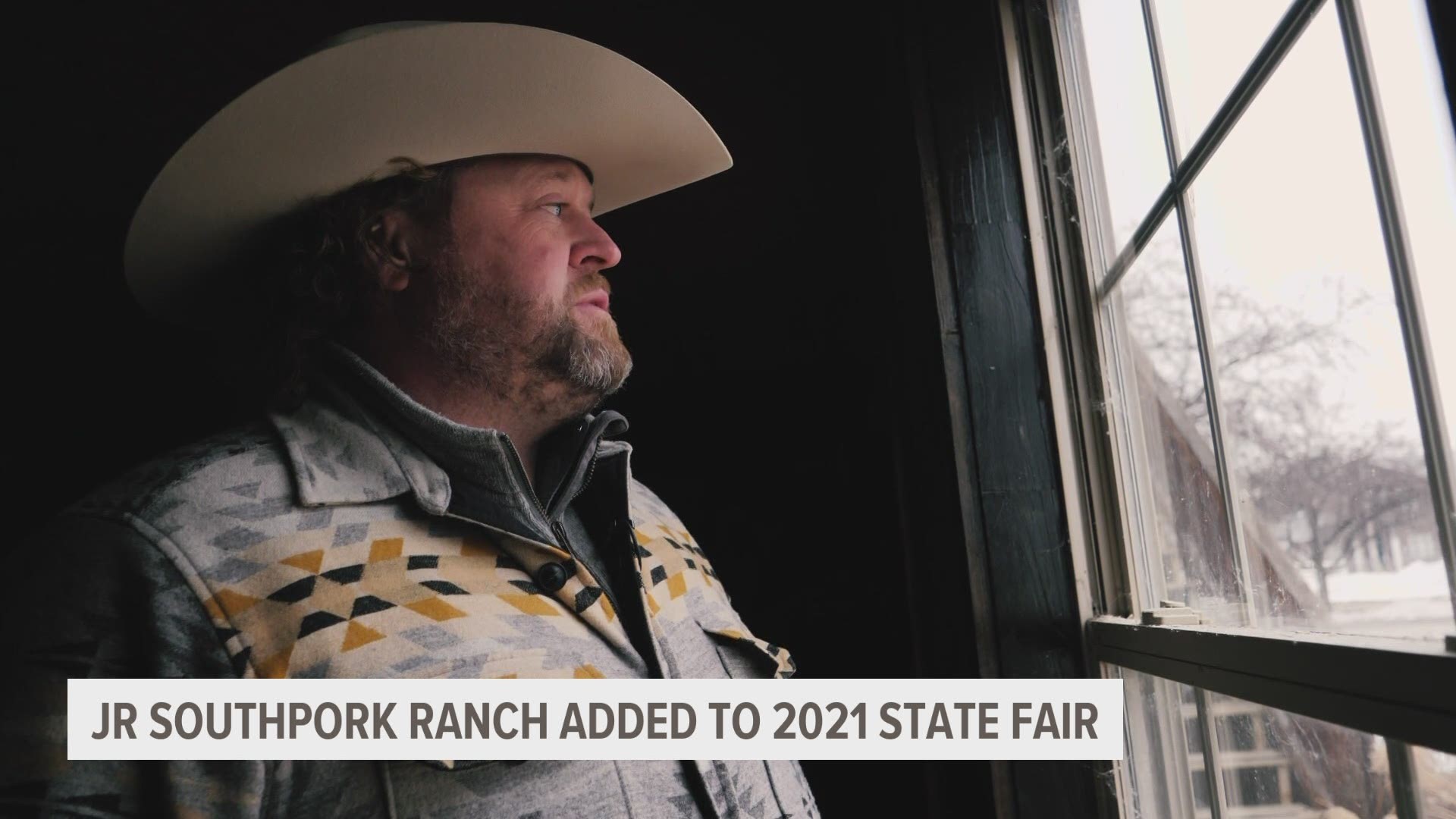 DES MOINES, Iowa — On a cold January day at the quiet Iowa State Fairgrounds, Brooks Reynolds has the keys to a kingdom.

"We are here at the historic Iowa State Fair in what will be known as JR’s SouthPork Ranch,” Reynolds said.

He has plans as big as the cowboy hat he’s wearing for the old Diamond Jacks location.

“A lot of this will be a complete gut job. First we have to get the building up to code."

When the prime spot became available last year, Reynolds was one of 17 bids hoping to move in. A few months ago, he learned his was accepted and received the keys on Monday.

"To become a part of the Iowa State Fair, is lifechanging for me," Reynolds said. "There's not many establishments on the grounds at the Fair and to be one of them, it's a great honor."

"We're really looking forward to enhancing the already great fair food lineup. I still can't believe I got it."

Reynolds will admit he’s never been a bar or restaurant owner, but has plenty of big event experience as the man who has brought the annual Blue Ribbon Bacon Festival to Des Moines for the past 13 years.

"This will have a hint of the wackiness at Baconfest and some of that fun stuff (that event) is, but our main focus is the Iowa State Fair and having a very enhanced food hall here within the grounds."

There's a lot to do between now and the August fair which, fingers crossed, will take place this year. Between now and then, Reynolds and his team are hyper-focused moving forward with plans to turn the old building into something special.

"We're going to do all we can to make this a happening spot," he said.

Greek House Chefs has been tabbed to come up with the menu, which will be released at a later date.

After design plans are approved, remodeling is expected to begin mid-March.