Even without the annual golf tournament taking place, Dan Houston with Principal Financial called the number "an incredible testament" to the community. 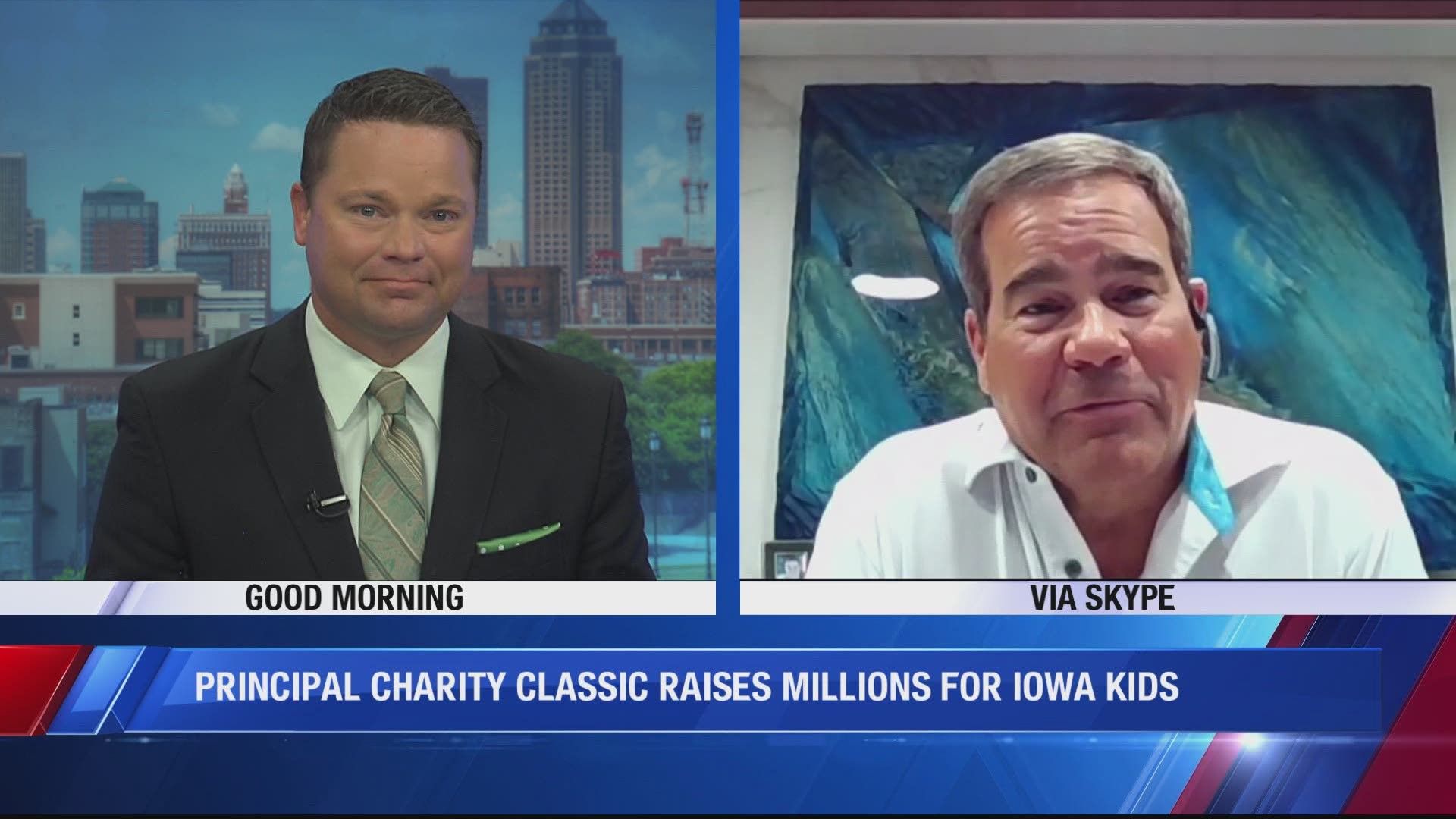 DES MOINES, Iowa — Tuesday, the 2020 Principal Charity Classic, presented by Wells Fargo, announced it raised $6.7 million to support Iowa kids in 2020 despite the golf tournament being canceled due to the coronavirus pandemic.

This year's fundraiser beat last year by more than $1 million, according to a press release from organizers. The event raised $5.7 million in 2019.

“The dollar amount is impressive and reflects the generosity of our community during a difficult time,” said Dan Houston, chairman, president and CEO of Principal.

“More than 95% of our sponsors, ticket holders, and volunteers chose to donate to this year’s event or allocate their donation to next year’s tournament. That is an incredible testament to our collective resilience, and it makes a huge difference in the lives of Iowa children.'

The Principal Charity Classic has raised more than $30 million since Principal signed on as the title sponsor in 2007.

The winner of the 2020 Principal Charity Classic is: Iowa kids! We’re proud to announce that we raised a record $6.7M for children’s charities this year. That brings our total impact to more than $30 million since 2007. Thank you for your support! pic.twitter.com/CNgjTLEXCW

In an ordinary year, the tournament trophy would display the name of the golf champion. The 2020 trophy lists "Iowa kids" as the winner.

Next year's tournament is scheduled for June 1-6 at Wakonda Club in Des Moines.

All tickets purchased for 2020 will be honored for 2021. More information on the Principal Charity Classic can be found by visiting their website.

RELATED: Mission to empower women in the workforce goes virtual amidst pandemic