Between college friends and mother-to-daughter: stories of Iowans who gave life-saving kidney donations

Katherine Drahos and Jeannette Haynie will be forever grateful to the women in their life who gave them an organ donation in their time of need. 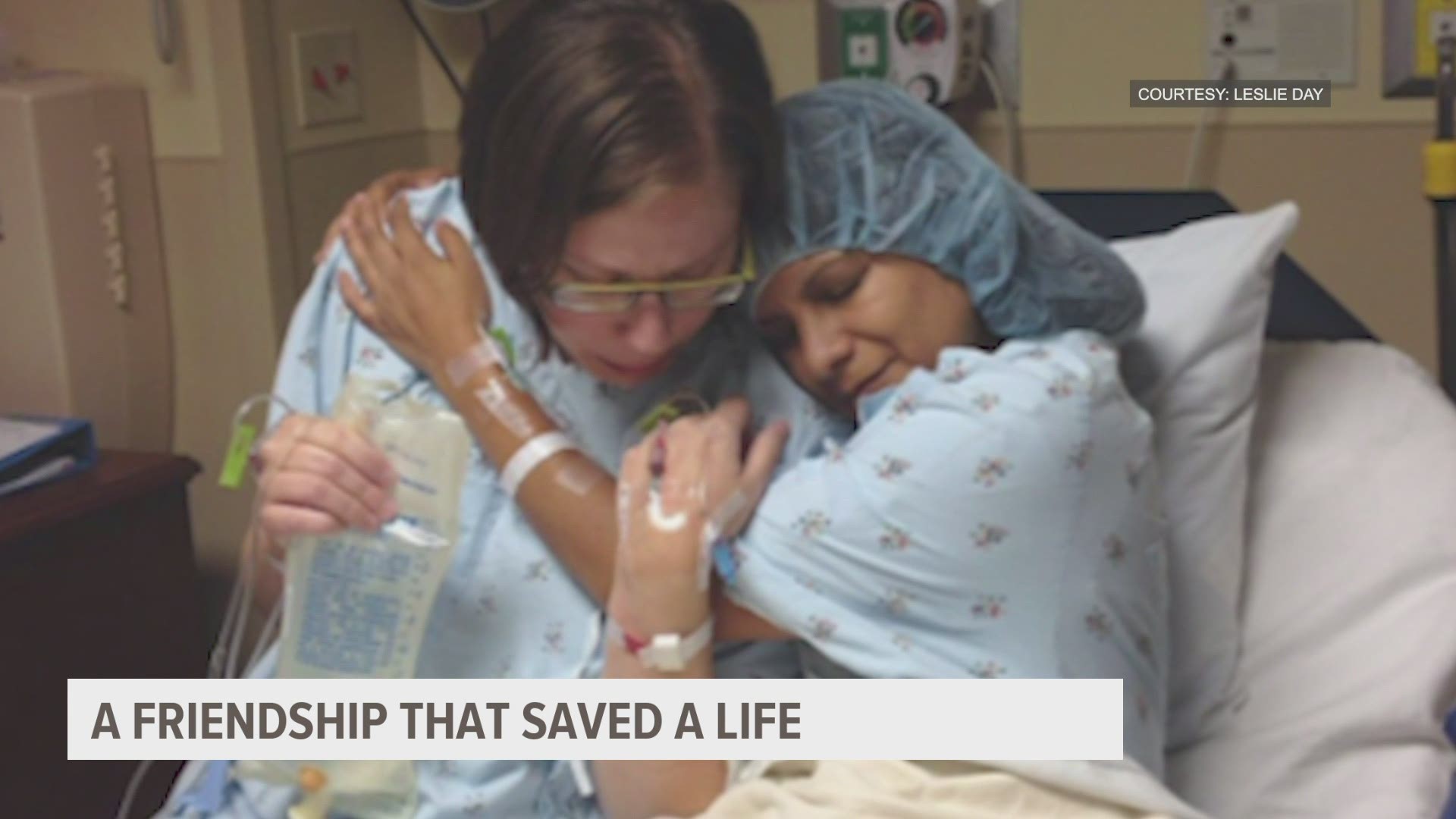 DES MOINES, Iowa — For Katherine Drahos, it was her friend Leslie who she'd met at Iowa State. For Jeannette Haynie, it was her own mother. Both women diagnosed with kidney disease received the ultimate gift from women in their lives who stepped up during their time of need.

Katherine Drahos had been living with kidney disease well into her 30s, but it had gone undiagnosed.

At age 34, she went to an urgent care clinic thinking she had pneumonia. She was hospitalized with dangerously high blood pressure levels and found out that her kidney was functioning at three percent.

She was diagnosed with IgA nephropathy, an autoimmune kidney disease. Drahos had to find a living donor, an experience that was extremely humbling.

"You're just sitting there thinking who can donate [a kidney], and who will, and why would they want to?" she said.

The same day Drahos received her diagnosis, her friend from Iowa State, Leslie Day, lost her own father to kidney disease. When Day saw a Facebook post several weeks later that her friend was in need of a kidney donation, it struck a chord with her.

"The first thing that came to my mind was, I need to call her," said Day.

A phone call turned into a coffee date, and within months, Day was tested and found to be a match. September 14, 2016, both women went into surgery.

Day says the donation was a way to not only help out her friend but to honor her father.

"It was almost like God was giving me a second chance to do for Kate what I couldn't do for my dad," she said.

A similar life-saving gesture was the one Jeannette Haynie's mom gave to her in the 1970's, when Haynie was just 16 years old. She had problems with her kidneys all her life, and when her mother, Shirley was tested, the doctor said she was a perfect match.

"She was always there for me," said Haynie, of her mother. "She took me to dialysis, took me to all my doctor's appointments."

After Jeannette's surgery, she remembers her mother crying with joy.

"She just cried, she just kept saying 'your eyes, your eyes!' Because she had never seen my eyes so bright and alert," said Haynie.

She describes her mother as selfless.

"That was just the type of person she was," said Haynie. "She never took any of the glory for herself, she never thought of herself as a hero."

Shirley died in 2012, but she will remain in Haynie's loving memories forever.

"The greatest gift that she gave me was the gift of life, not once, but twice."

To donate to the National Kidney Foundation in honor of these stories and the 2021 Central Iowa Kidney Walk, visit this link.