Janae Gray's goal is to put a human touch in front of the protesting crowds, and show people they have much more in common with each other than they might think. 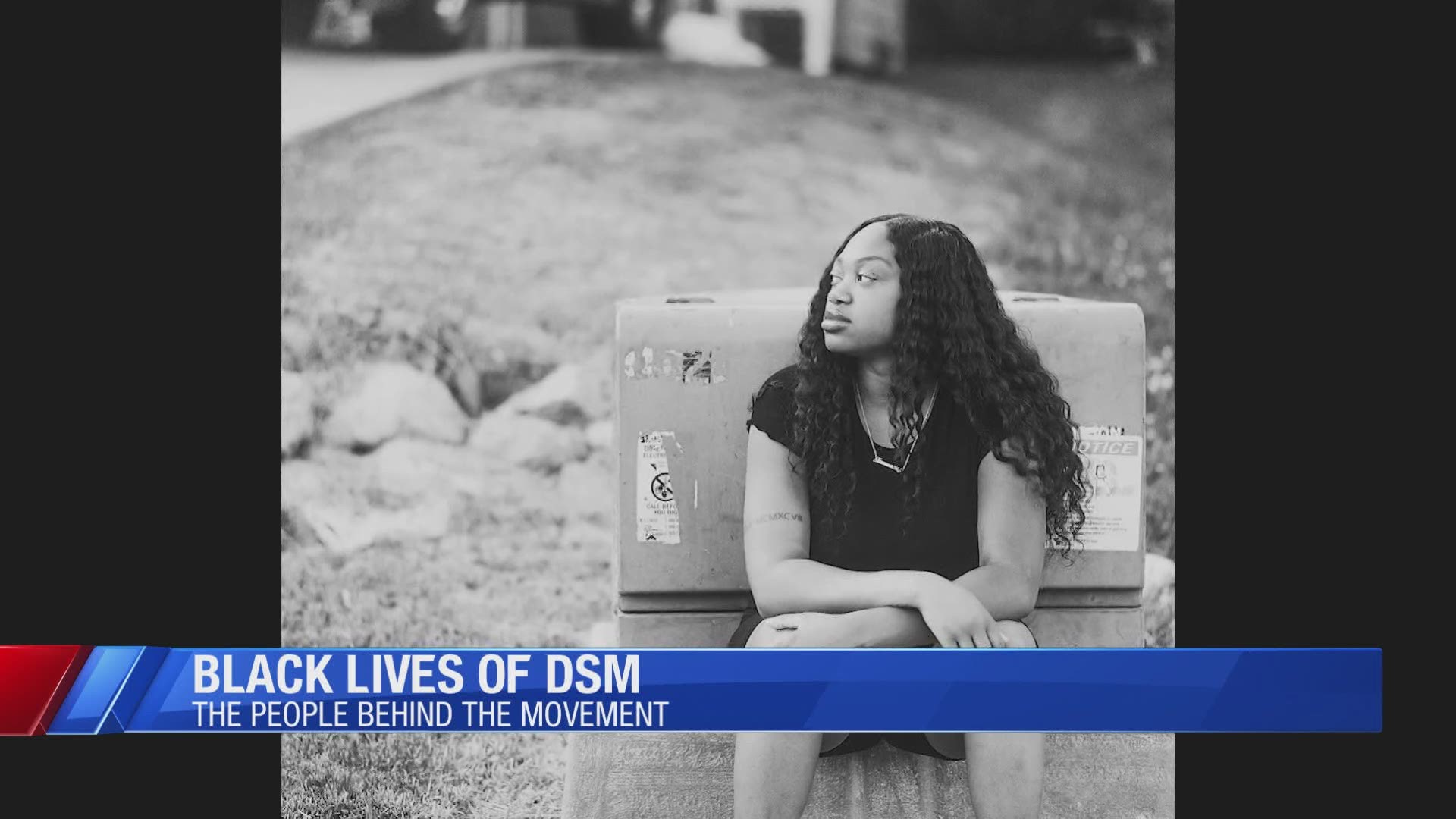 But who are the people behind the protests?  What are the stories of the people who say they've had enough?  What is enough?

Janae Gray is a Black woman from West Des Moines. She is looking to answer those questions through photos and in the words of Black community members.

Maybe you've heard of or seen the "Humans of New York" page on social media. Her goal is similar to that, but it is titled "Black Lives of DSM".

It's all in an attempt to put a human touch in front of the protesting crowds, and to show other people that they have much more in common with each other than they might think.

"Maybe it’s a suburban soccer mom in Waukee who reads the story of a Black youth who’s living on the east side end of Des Moines," Gray said. "And there’s a connection there where they came back and said, 'Oh my gosh yes, I understand that' or 'That is something I’ve also experienced too' or 'I can understand and I can relate to something like that as well.'"

"I want to make sure that it’s still a very positive outlook on some things. It’s real though, it’s raw, and that needs to be told," Gray said. "But this isn't a place where it’s 'Woe is me' and there’s a struggle, because there are very, very proudful things also that a lot of people live and want other people to know."