Faith members from different denominations lead a vigil Monday-Friday next to DMPD headquarters calling for them to be transparent and spreading the message of BLM. 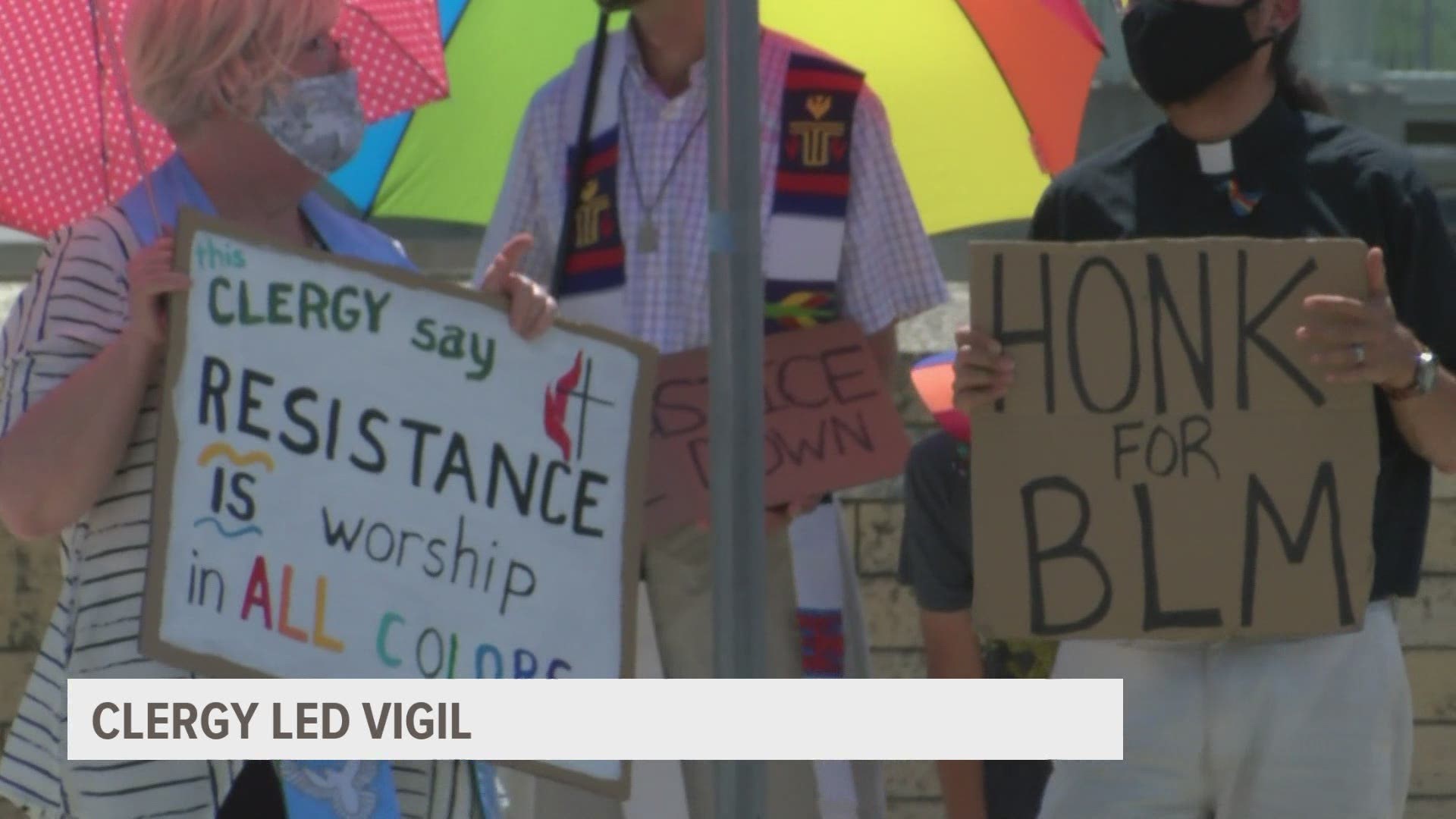 DES MOINES, Iowa — In 2020, people in Des Moines and across the country were protesting for weeks after the death of George Floyd.

A year later, one a group of faith-based leaders from different denominations continue to protest in their own way by holding clergy-led vigils.

"We come here Monday through Friday, noon to one," Rev. Alejandro Alfaro Santiz of Las Americas at United Methodist Church said. "We have almost been doing this for a year."

Alfaro Santiz clarified the vigils have been taking place for 48 weeks.

The group usually consists of between two to 12 people at a time, holding signs on the corner of E Court Avenue and E 1st Street, which is next to the Des Moines Police Department.

And the group is out there no matter the weather.

"It's important for us, one, to maintain the visible presence right outside the police station so [the] Des Moines Police Department knows that we have not forgotten that there's a need for transparency and accountability, in policing in Des Moines," said Rev. Nathan Williams, pastor at Covenant Presbyterian Church.

Williams said the clergy-led vigils are done on behalf of the Des Moines Black Liberation Movement. He said he's not much of a nighttime protester, but is using his faith and his gift of prayer to make a change.

The group plans to be out on the sidewalk holding their signs until the requests BLM made to police and city officials nearly a year ago are taken seriously.

"We're compelled by our faith to use our voice to ask for policy changes, accountability structures, follow through feedback of partnerships that value every single human life," Rev. Brigit Stevens, executive conference minister with the United Church of Christ, said.

The group is sometimes joined by younger members who help them hold signs, which clergy members said is good because they want to show protesting comes in many different forms.

"When I get to come out here I get to participate in doing worship in a whole different way," Courtney Rife, a member of Downtown Disciple, said. "What you’re fighting for, we’re fighting for too. And we get to do this in a really positive way that doesn’t say, that we’re causing trouble or we’re causing a fight, but that we want peace.”

Pastor Debbie Griffin of Downtown Disciple told Local 5 coming out and standing on the corner for almost a year has changed the group for the better.

She hoped it helped change and spread a message to everyone who passed them that "Black Lives Matter for real."

Next month the group will hit its one-year year mark, and slightly change how their vigils look. Anyone is welcome to join them while they are out there.