The march started at the Office Max on Ingersoll and ended at Councilman Josh Mandelbaum's house, where Des Moines BLM gave him a list of demands. 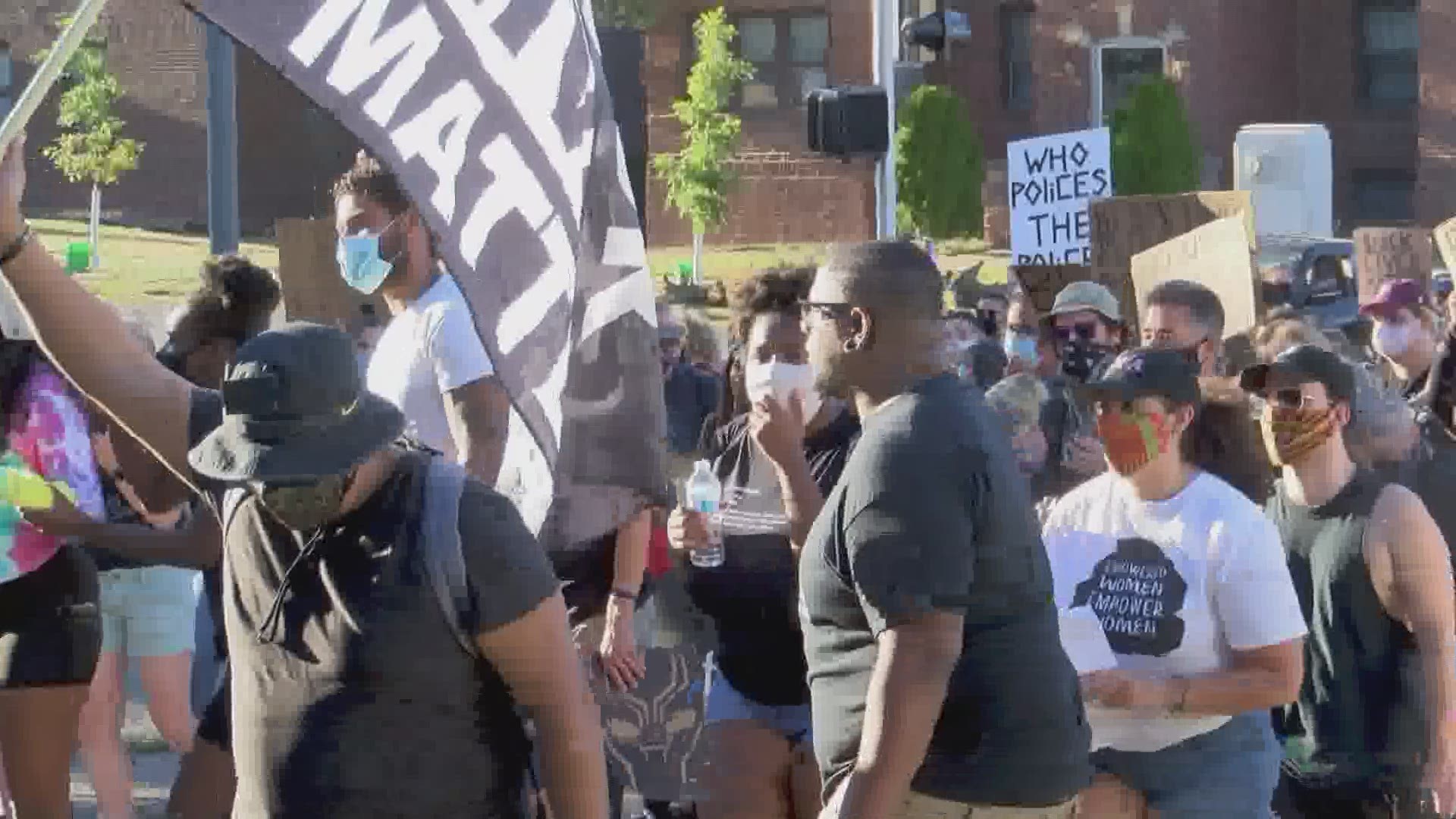 DES MOINES, Iowa — Members and allies of the Des Moines Black Liberation Movement took to the streets Saturday, speaking out against police brutality in the wake of the shooting of Jacob Blake.

The protest comes a week after Blake, a 29-year-old Black man, was shot in the back seven times by a police officer in Kenosha, Wisc.

The march began at the Office Max on Ingersoll Ave., and ended outside of the home of Des Moines City Councilman Josh Mandelbaum, where they gave him a list of demands.

The turnout was both large and diverse. Carrie Lawal, a Drake student who just recently moved back to Des Moines for the school year, said it was a comfort to see so many different people, classmates included, coming together.

"It's not just People of Color, it's a mix.  And I think that's very important for the Black Lives Matter movement," Lawal said.  "It's really nice to see it's not just the Des Moines community, but the Drake community as well coming out here."

Protests have been going on in Des Moines and across the US since late May, when George Floyd, a Black man, was killed by now-former Minneapolis Police Officer Derek Chauvin after being accused of using a counterfeit $20 bill at a convenience store.

One protester we spoke to says he continues to protest because he wants equality for all people, which does not exist right now.

"What brought me here to the protest was an understanding that wherever I go, there are gonna be some issues," protester Torie Calhoun said.  "For me, putting forth that time and effort, and just being here at all, protects me more in the future, so that one day my people will be listened to and things will be fair for all of us."

Lawal says there's one way to make change happen, and eventually make the protests a thing of the past: keep protesting.

"Share your voice," Lewal said.  "It's important.  If we start doing that, the protests will stop occurring."