'Solidarity, not charity': Community fridges stripping away gatekeeping mentality in the metro to feed everyone

It's a new concept— providing food for those who need it without having to prove they deserve it. Soon four fridges will be placed in the Des Moines metro. 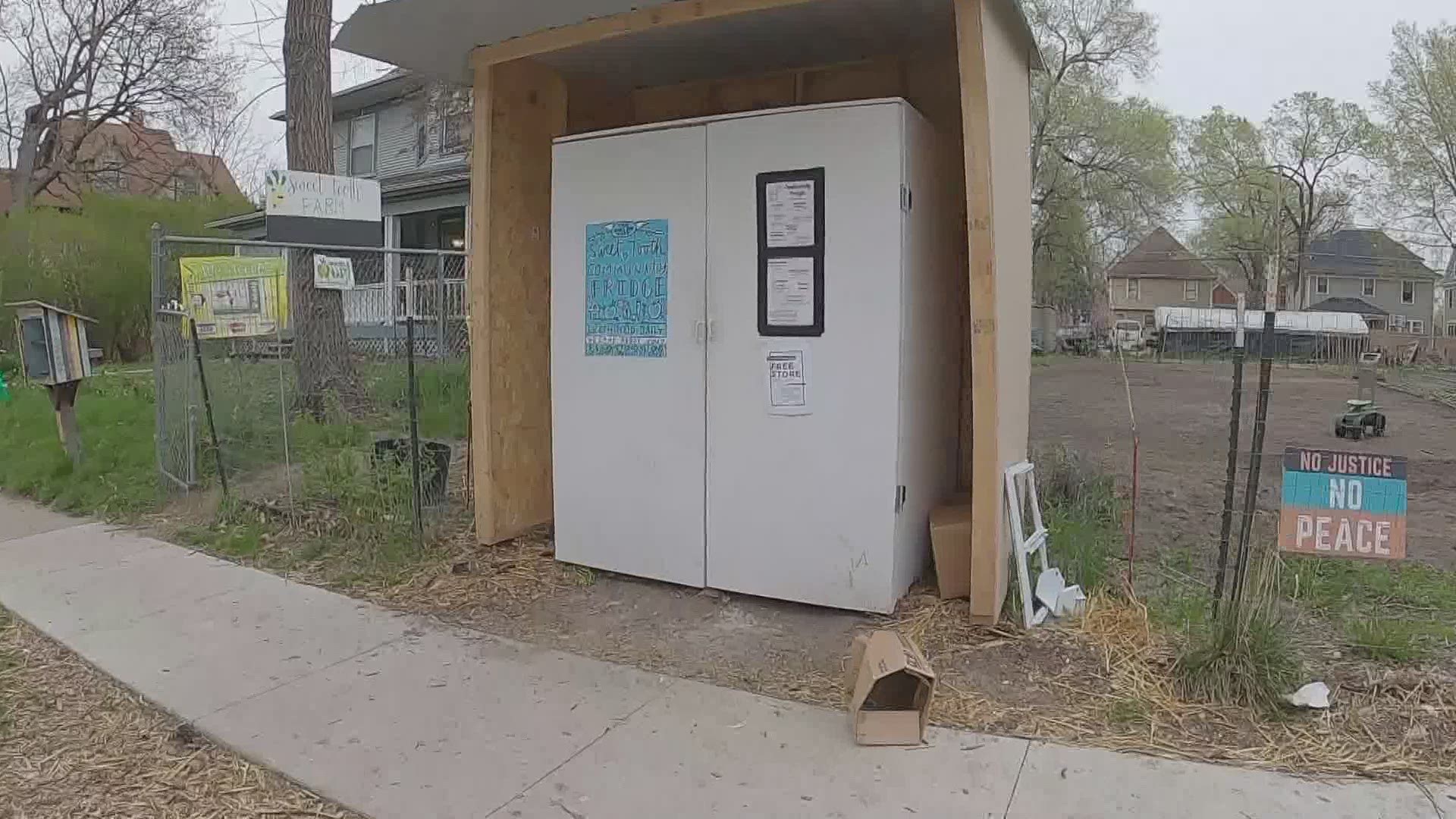 DES MOINES, Iowa — Think about this for a moment: providing food to those in need without them having to prove they deserve it.

And it's as simple as placing a fridge in a neighborhood and telling folks to take what they need.

It's called a "community refrigerator."

It's a relatively new concept popping up in the Des Moines metro, but two organizations are teaming up to prove it's possible.

One of these fridges' homes is just outside Jung's Oriental Food Store. ArtForce Iowa, a non-profit that aims to develop positive relationships with the youth through art, set up the spot to help those in the surrounding community.

"It is solidarity, not charity," said Christine Her, executive director at ArtForce.

Her said she wants the rules for the fridge to be simple— a no-questions-asked place for folks to feed themselves and their family.

Another one of these community fridges can be found at 1809 8th Street in Des Moines.

"[It's] a place to get food 24/7. It's free, there's no restrictions, there's no limitations, there's no signup," said Monika Owczarski with Sweet Tooth Farm in Des Moines. "With the fundamental understanding that everyone deserves food no matter who you are what you've done where you've come from or your situation. It's stripping away the gatekeeping and old guard mentality of charities that you have to be deserving."

Owczarski said those who need food don't have to fit a certain income bracket or demographic.

"Community fridges do away with all of that and we really just give direct aid and direct resources to people," Owczarski said.

Soon there will be four of these fridges across the metro, serving as many cultural demographics as possible. At Moulton Elementary school alone, over 34 languages are spoken.

"Food transcends language, and it transcends a lot of things," Owxzarski said. "We are all people and we all have to eat."

Anyone can donate food to these fridges, and the need for donations is always there. The best food to donate is the food that you're already feeding your family.

Even when the fridge was vandalized, Owxzarski's compassion far outweighs the incident. She said with the trauma that her community faces every single day, she expected something like vandalism to eventually happen.

"The fact that somebody expressed anger and frustration and radical sadness and aggression is OK. We're OK," she said. "It's just... it doesn't matter. It's just shelves. I can buy more shelves. I hope that person knows that I still really deeply care about them and I hope they come back and get food."