This year's Ren. Faire was held in a different, bigger location than in years past, which allowed for more space to spread out and socially distance. 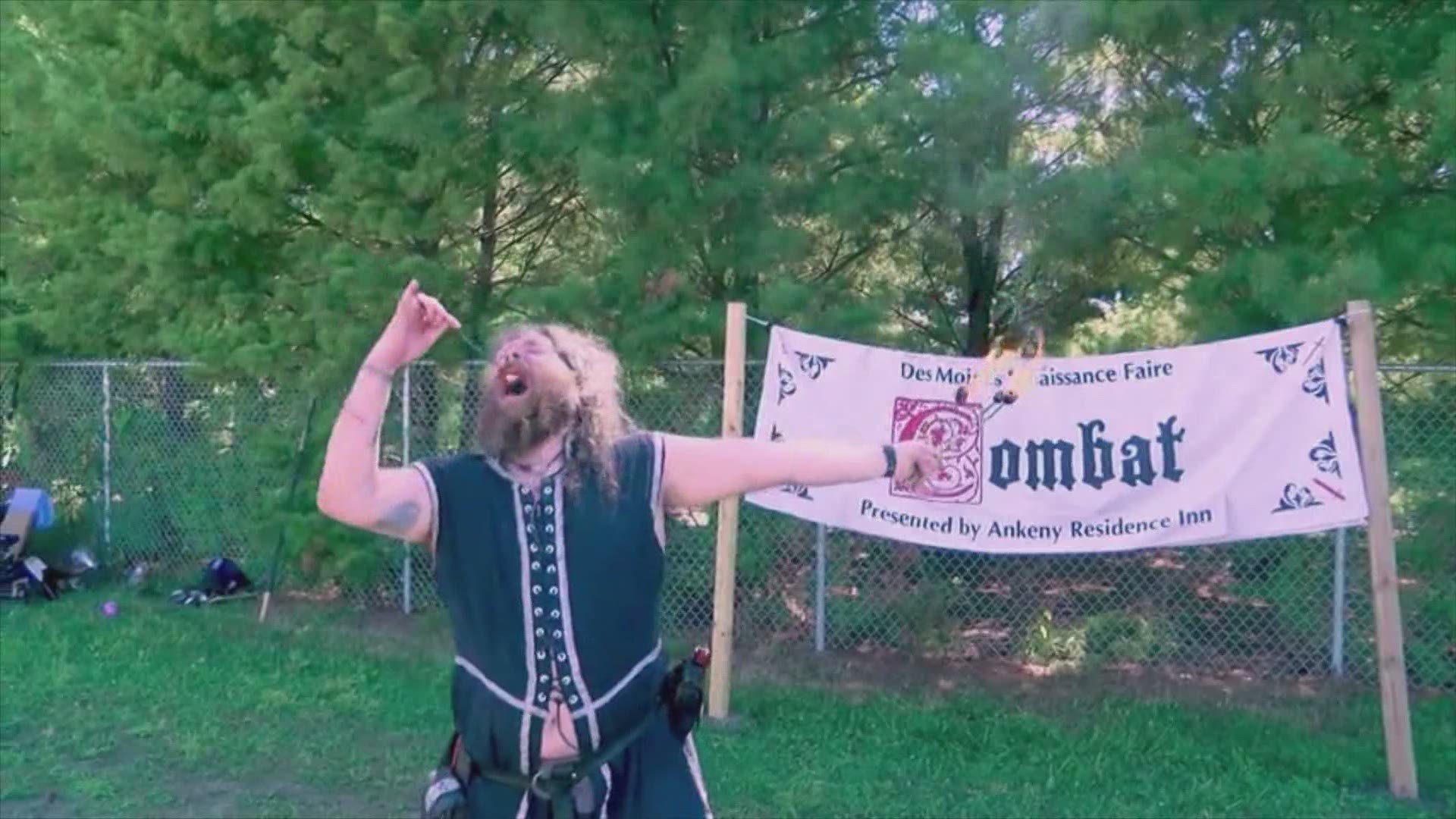 DES MOINES, Iowa — Looks like Ye Olde Des Moines will have a sense of normalcy this weekend after all.

The 15th Des Moines Annual Renaissance Faire was held over the weekend, bringing in lords, ladies and merry minstrels alike.

The Faire was held at the Pines in Saylorville, a different location from years past.  The new location allowed them to space things out significantly more, allowing for more people while following social distancing guidelines.

Because of COVID-19, however, the events and options at the fair were limited, which means some of the staples were left out.  One young attendee said she still had a blast despite those changes.

"It's been a little bit smaller than what it used to be," fairgoer Layla said.  "It didn't have the face painting stuff. But it was really really fun."

Organizers of the Faire say they're already planning the next one, which they hope to put on in the spring.