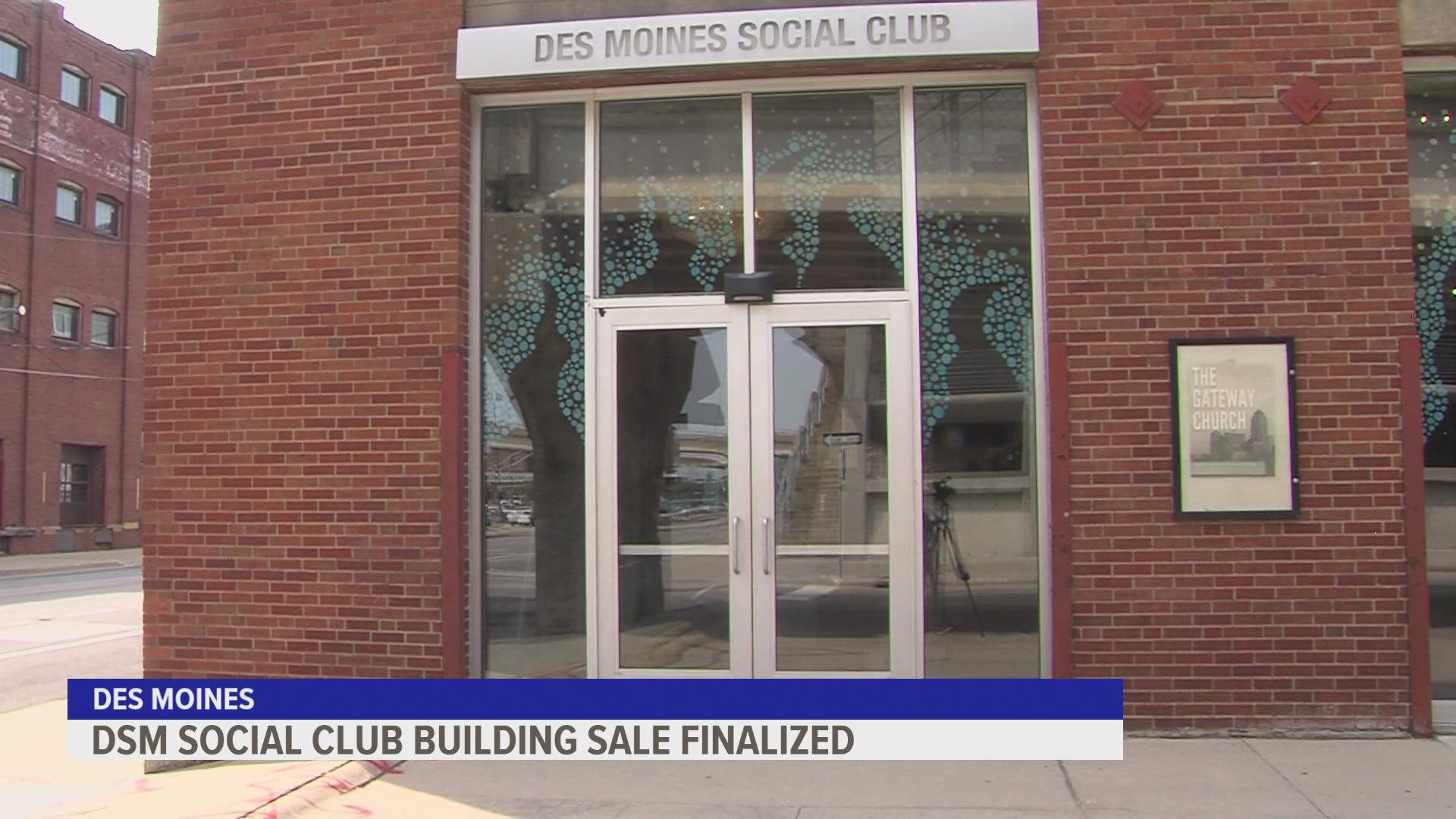 The Des Moines City Council approved the sale of the property during Monday's meeting. The building located at 900 Mulberry Street was purchased from the city by the Des Moines Social Club in 2013 for $600,000 according to the city.

The Des Moines Social Club used it to support the local arts community, featuring live performances by musicians, artists and comedians working to hone their craft.

RELATED: Proposed plans for Firehouse No. 1: Art gallery, event space and a speakeasy

"The original concept behind the Social Club when we first started," said Matt McIver, one of the co-founders, "Was to be a creative catalyst for unprecedented social change."

The property is being acquired by Abbott Properties for $3,100,000 and Abbott will invest over $3,500,000 in renovations according to city documents. While McIver is glad the building will be used for live entertainment, it's still a loss to local artists and performers.

"It's a shame to lose that space as a performance venue, there's a not a ton of spots popping up to replace it, so it does sort of narrow the choices," said McIver.

For performers, the building was a place to hone their craft. Paul Privitera, a member of the Chowdown improv troupe, told Local 5 he first performed there in 2014 and has routinely performed there every third Saturday.

"The social club was a holy, unique place that really truly valued the artists' desire to create their own art and gave them the freedom to do that. There are very few private spaces that allow for that sort of freedom that the Des Moines Social Club allowed for," said Privitera.

Malo, the restaurant next door to the Social Club, will remain open.