Fewer young people in church: Is the pandemic to blame?

According to a Pew Research poll, 1 in 3 teens attend religious services weekly. 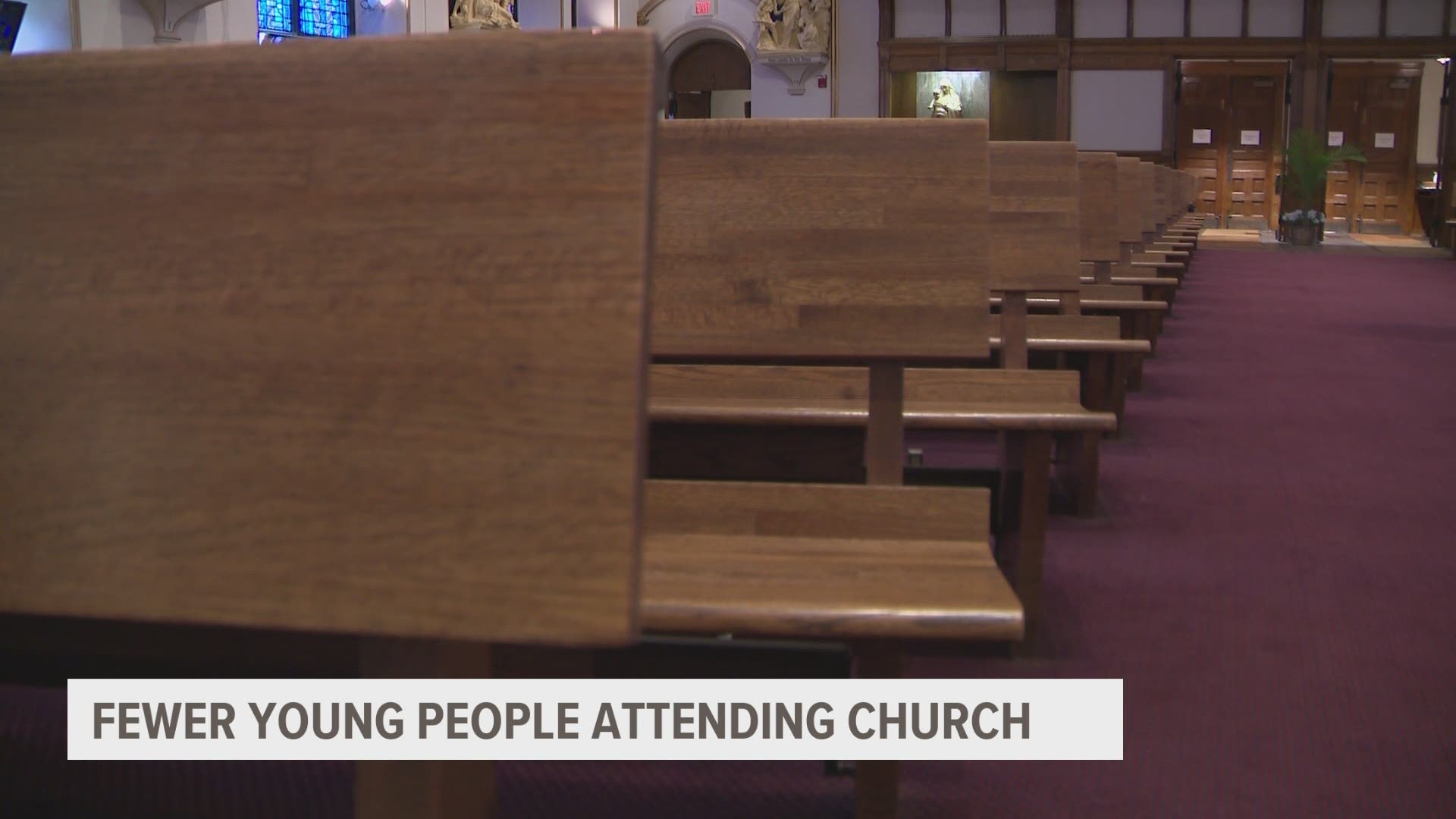 DES MOINES, Iowa — The pandemic has caused many people to skip church on the weekends, but there's concern some won't come back even once COVID is no longer a threat.

"I think people are just used to being online now,” said John Huynh, Faith Journey director at the Diocese of Des Moines. “You see that across all thresholds."

Prior to the pandemic, youth attendance at religious services was already dropping.

Today, with the virus still prevalent, youth participation is declining even more now that people can watch mass or church from the convenience of their home.

"I do think there is an acceleration of people not wanting to come back to mass,” Huynh said.

A Gallup poll finds this decline is happening across all religions and all age groups.

Katelyn Mardis and Halle Fish are both juniors at Drake University in Des Moines.

The two grew up going to church regularly; Katelyn in the Des Moines metro and Halle in eastern Iowa.

Mardis said she still attends once a week, but Fish said she stopped going once she started college.

The Diocese of Des Moines said parishes are working to get teens and young adults back to mass.

"One of the biggest things that have happened is we've seen a real focus turn to small group ministries," said Justin White, director of Youth and Young Adult Ministry at the Diocese of Des Moines. “Folks are finding they can meet up safely in these smaller, more intimate gatherings."

According to Huynh, there have been trends historically where young people stop going to mass for a while but start back up later in life.

In Iowa, there are no government mandates restricting the size of religious gatherings.

This time last year, religious gatherings of more than 10 people were prohibited.